The No. 56 Murillo Racing Driver Closes within 90 Points of the Grand Sport Class Lead

From the outside, few IMSA Michelin Pilot Challenge race wins looked as straightforward as the victorious drive Marc Miller and Eric Foss combined to produce in the Canadian Tire Motorsport Park 120 at the racetrack of the same name.

But Foss, who drove the anchor stint in the No. 56 Murillo Racing Mercedes-AMG GT4, struggled physically in the latter stages of the two-hour race, the legacy of injuries he sustained recently when brake failure caused a student he was coaching to crash during a training session.

A couple minor errors in the closing laps allowed his Murillo Racing teammate Christian Szymczak to pull the No. 72 Mercedes alongside the No. 56 as they negotiated the Mario Andretti Straightaway on the penultimate lap. But Foss maintained the advantage into Turn 9 and held on to claim the overall and Grand Sports (GS) class win by 0.338 seconds over Szymczak.

Miller was victorious in his first Michelin Pilot Challenge start in more than three years as a stand-in for the injured Jeff Mosing, who has been out of action with a rib injury since April’s race at WeatherTech Raceway Laguna Seca. This was his fourth career series win and first since 2016. Foss took a GS class win earlier this year at Mid-Ohio Sports Car Course with Kenton Koch as his co-driver.

Foss, who claimed his ninth Michelin Pilot Challenge win, has won two previous season championships and is smack in the middle of another title battle. Saturday’s victory unofficially draws him and the No. 56 Mercedes within 90 points Hindman, Brynjolfsson and the No. 7 Aston Martin with four races remaining in 2022.

“I’m in quite a bit of pain right now, but overall I can’t think the Murillo team enough,” Foss said after he and Miller completed 77 laps on the way to victory in the two-hour race. “Christian was a great teammate. I obviously made a couple mistakes there near the end, but he never really pounced.

“Ken Murillo is our engineer, and the car setup was perfect on the No. 56 and the No. 72,” he added. “We have a great driver lineup sharing information that’s helping the team progress as well as the drivers.”

Szymczak said that while it looked like he was playing defense in the closing laps, there were no team orders and he was free to attempt a pass on Foss if the opportunity presented itself.

“It was tough,” Szymczak said. “I tried to get as close as I could at tighter parts of the track. I’d pull out of Turn 5 and be able to equalize and get caught up at the end of the straight, but I couldn’t really do much. I couldn’t make anything happen, and I’m not going to do anything crazy to my teammate.”

The next round of the Michelin Pilot Challenge is the Lime Rock Park 120, set for July 15-16 in Lakeville, Connecticut. 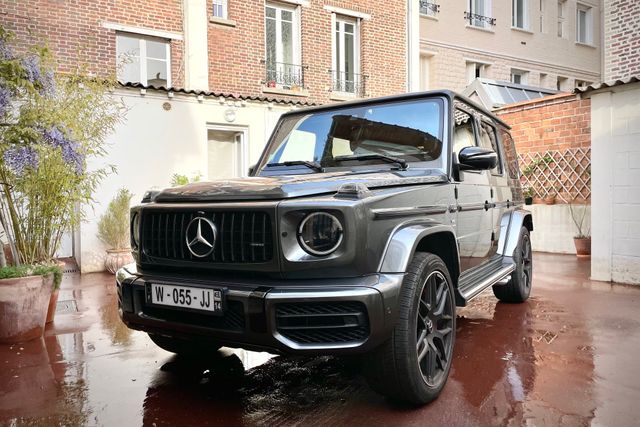