At the start of Q1 Leclerc took an early top spot with a time of 1:06.762 and Sergio Pérez in the second Red Bull slotted into second place. The times were coming down rapidly, however, and after Leclerc extended his advantage at the top with a lap of 1:06.200, the Ferrari driver’s team-mate Carlos Sainz took P2 ahead of the Haas cars of Mick Schumacher and Kevin Magnussen to shuffle Pérez back on the timesheet. The Mexican was on another flyer, however, and he jumped to P1 with a lap of 1:06.199.

With a little over 10 minutes left in the session Verstappen took to the track for the first time but his opening flying lap of 1:06.143 was deleted for exceeding track limits in Turn 10. Mercedes’ Lewis Hamilton then rose to P1 with a lap of 1:06.079. Verstappen was soon on another flyer, though, and he briefly took top spot with a lap of 1:05.852 before being pushed to P3 by Leclerc who went quickest on a 1:05.419 and Sainz who crossed the line a little under two hundredths of a second off his team-mate.

The top three remained in their garages and after the final runs they went through to Q2 in that order ahead of Alonso and Hamilton.

At the other end of the table, McLaren’s Daniel Ricciardo was eliminated in 16th place, followed by Aston Martin’s Lance Stroll, Alfa Romeo’s Zhou Guanyu, Williams’ Nicholas Latifi and in last place Aston Martin’s Sebastian Vettel, who had his final lap time deleted for exceeding track limits in Turn 1.

It was Hamilton who led the way at the start of Q2, with the Mercedes driver setting a time of 1:05.538, three hundredths of a second ahead of Verstappen. The Briton then lowered the benchmark further to 1:06.475. Pérez, meanwhile, was in trouble. He locked up in Turn 3 on his first flying lap and later had a lap deleted for a track limits infringement in Turn 9 and with six minutes left he slipped into the drop zone in P11.

With three minutes left on the clock, Leclerc jumped to top spot with a lap of 1:05.287 and as the Ferrari driver crossed the line, Pérez exited the pit lane to start his crucial final run.

Verstappen jumped to P2 behind Leclerc with a final flyer of 1:05,374, while behind him Pérez vaulted to safety in P6 thanks to a final lap of 1:05.805. However, further trouble was brewing for the Mexican and in the break between Q3 and the top-10 shootout the FIA race stewards noted a potential track limits infringement by the Red Bull driver on his final run. The matter was set to be investigated after the session.

Eliminated at the end of Q2 were Gasly in 11th place, followed by Williams’ Alex Albon, Alfa Romeo’s Valtteri Bottas, the second AlphaTauri of Yuki Tsunoda and McLaren’s Lando Norris.

In the first run of Q3 it was Verstappen who powered to the top of the timesheet thanks to a lap of 1:05.092. Sitting in the Dutchman’s slipstream on that lap was Pérez, but the Mexican’s time of 1:05.404 was only good enough for fourth place behind the Ferraris of Leclerc and Sainz.

With a little over five minutes remaining, the session was red-flagged when Lewis Hamilton lost control into Turn 7 and went off hard into the barriers on the outside of the corner.

After a 10-minute delay to recover Hamilton’s wrecked car, the session resumed. First out on track were Alonso and Russell but the red flags were soon flying again as a bad afternoon for Mercedes got worse. Russell pushed too hard into Turn 10 and lost the rear of his car. He slid backwards through the run-off and crunched into the barriers.

With just over two minutes left on the clock a queue of cars formed at the pit exit with the Bulls last to take to the circuit, Verstappen ahead of Pérez. Ahead of them, Leclerc jumped to provisional pole with a lap of 1:05.013, with Sainz just five hundredths of a second behind. But a few hundred metres behind, Versatppen was finding time and he crossed the line as the only man under 1m05s with a lap of 1:04.984 to take his third pole of the season and the third Red Bull Ring pole of his career to date.

Leclerc took P2 just 0.029s behind the Dutchman, with Sainz third ahead of Pérez who failed to improve on his final run. The unfortunate Russell held on to fifth place at the end of the session, with Alpine’s Esteban Ocon qualifying sixth. Haas had cause to celebrate with Kevin Magnussen seventh ahead of team-mate Mick Schumacher while Alonso qualified ninth ahead of Hamilton. 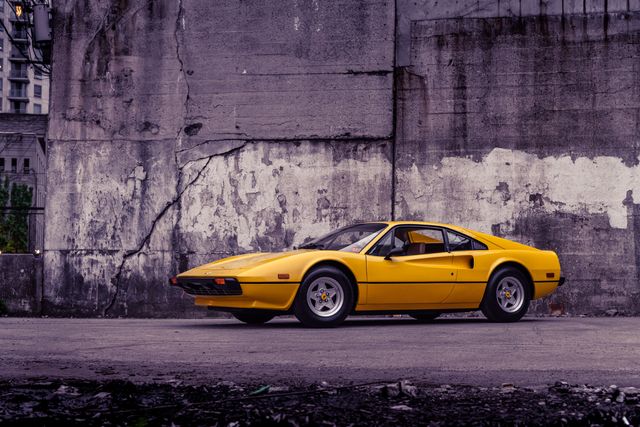