The bright blue Ferrari jumped from second to first at the start and remained the de facto leader thereafter despite coming under intense scrutiny from CarGuy Racing’s 488, which ended the opening stint in second place courtesy of Takeshi Kimura. D’station Racing’s Aston Martin shared by Satoshi Hoshino and Tomonobu Fujii completed the overall podium.

Further back, GTO Racing Team’s Mercedes-AMG of Brian Lee and Hideto Yasuoka scored its first win of the season by passing Akiland Racing’s Toyota after the pitstops. The pole-winning GR Supra shared by Masayoshi Oyama and Masayuki Ueda then slipped another place to Team GMB’s Hiroaki Hatano and Shinya Hosokawa before the end.

FERRARI VS FERRARI TO THE FINISH

The combination of Yokomizo’s demon start and Fujinami’s stern defence defined Yogibo Racing’s maiden series win in a race that began on a slightly damp track following rain after qualifying.

Still, slick Pirellis were the only realistic option for the entire field which hurtled towards Turn 1 with Yokomizo – who’d started second – well clear of poleman Tanart Sathienthirakul. The Thai driver’s slow response to the lights also allowed Kimura through before three cars – AAS Motorsport’s Porsche, the D’station Aston Martin and Team Uematsu McLaren – contested third at the apex.

But three into one most definitely did not go, and it was Sathienthirakul in the middle who was squeezed and spun around before being T-boned by an unsighted Prince Abu Ibrahim. Both were able to continue until Triple Eight JMR’s damaged Mercedes-AMG drove straight on into the barrier, which required a Safety Car period.

A fantastic restart helped Yokomizo immediately re-establish some of his advantage over Kimura who was being closely tracked by Yusuke Yamasaki’s Comet Racing Honda, while Hoshino’s Aston Martin had dropped to fourth amidst the first corner drama.

Yokomizo’s lead was back up to five seconds when the pit window after 25 minutes, which – along with CarGuy’s five-second Success Penalty and a drive-through for Comet’s Honda – gave Fujinami a little breathing space after the driver changes.

But that all changed once Cozzolino was up to speed and into second. It took just three more laps for the Ferraris to be running together out front where a change for the lead looked likely at any moment.

But despite rarely running more than 0.5s apart Cozzolino could do nothing to dislodge or distract Fujinami despite showing his nose and taking different lines on multiple occasions. And although apparently faster, CarGuy’s 488 never worked a clear opportunity to overtake Yogibo’s former Super GT300 champion who drove a superb defensive race. Just 0.4s covered them at the chequered flag.

Fujii and D’station made the most of Comet’s penalty, which was incurred for crossing the pitlane demarcation line, to come home a lonely third. He was 10 seconds behind the winner but 33 clear of Seiji Ara whose Plus with BMW Team Studie co-driver Tomohide Yamaguchi completed the opening stint in fifth.

X Works battled back from a spin in qualifying, which left David Pun starting ninth, to finish fifth following the latter’s strong stint. His co-driver, Shaun Thong, hounded Ara to the finish but ultimately took the chequered flag less than 0.3s behind.

Behind, Prince Jefri Ibrahim and Nick Foster lost a chunk of their championship lead to Kimura/Cozzolino by finishing ninth.

An issue with one of the Ferrari’s tyres forced Takeshi Kimura to back off, but he still had ample time to take the chequered flag first. However, he then misjudged where the finishing line was, which allowed both the rapidly advancing Aston Martin and Plus with BMW Team Studie M4 shared by Tomohide Yamaguchi and Seiji Ara to overtake metres before the end. Less than a second covered the trio.

The BMW was actually ahead of the Vantage as they exited the final corner but braked in response to the slowing Ferrari, which allowed Hoshino to go from third to first within sight of the chequered flag.

Losing those places also prevented Kimura and his co-driver Kei Cozzolino from wrapping up the Fanatec Japan Cup GT3 title with a round to spare. What’s more, #777’s crew now head to Okayama tied on points with Triple Eight JMR’s Nick Foster and Prince Jefri Ibrahim who dropped from fourth to 10th on the penultimate lap by spinning at the final corner.

SO CLOSE YET SO FAR FOR CARGUY

This was a race that CarGuy Racing really should have won despite the Ferrari serving a 10-second Success Penalty during its pitstop for finishing second yesterday.

Cozzolino, who started on pole, was exceptional in building a 22-second advantage over the chasing pack before Kimura climbed aboard. By the time he and the other Am drivers were up to speed, that gap had been reduced by only four seconds.

His pursuers therefore had little chance of catching the 488 and instead settled into a fantastic battle for second place. EBM Giga Racing’s Porsche driven by Reid Harker had relieved Seiji Ara of second just before the pitstops, while the D’station Aston Martin in Fujii’s hands also nipped past the BMW one lap before the trio pitted together.

The Porsche slipped backwards thereafter but the fight remained between three cars thanks to Foster who brought Triple Eight JMR’s Mercedes-AMG into contention before also stopping. That resulted in Ibrahim resuming in second place but only just ahead of the BMW now crewed by Yamasaki and Hoshino’s Vantage.

Yamasaki was initially quicker than Ibrahim but the Mercedes-AMG driver was resolute in his defence before finally succumbing to both of his pursuers. Still, he was able to stay with them thanks, in part, to the BMW’s pace dropping off as the stint progressed. Indeed, the trio ran nose to tail over the final laps until Ibrahim lost control at the end of the penultimate tour and spun into the final corner’s barrier.

Ahead, Kimura’s pace had dropped significantly. Initially the battle behind had allowed him to re-establish a 22-second lead before losing 11 seconds on the penultimate lap as a result of the tyre issue. His was doubly cautious due to the stranded Mercedes-AMG that had driven across the track, stopped briefly and continued, but that didn’t fully explain why – flashing his lights in celebration – the Japanese driver approached the chequered flag so slowly. He was gracious enough to admit his mistake post-race, albeit one that has prevented CarGuy from taking a 10-point championship lead into Okayama’s season finale.

His slowing also distracted Yamaguchi who would have collected Team Studie’s first-ever Fanatec GT World Challenge Asia GT3 victory had he not braked in response. Hoshino kept his foot buried, though, to score a win that appeared entirely unlikely just one corner before.

Prince Abu Ibrahim and Jazeman Jaafar benefitted from their Triple Eight JMR team-mates’ accident to finish fourth after the latter had enjoyed an entertaining scrap with Yogibo Racing’s Ferrari and Foster prior to the pitstops.

AAS Motorsport’s Kantadhee Kusiri and Tanart Sathienthirakul came through to finish fifth overall and first in Silver after their only rivals, yesterday’s winners Naoki Yokomizo and Kiyoto Fujinami, damaged a wheel after making contact with a GT4 car at the final corner. 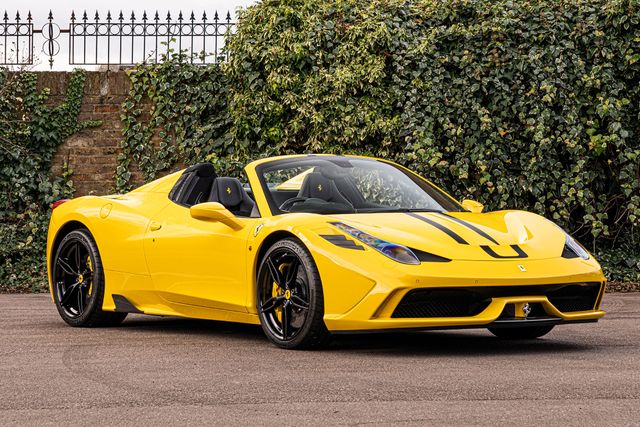