Fanatec GT World Challenge Europe Powered by AWS will launch the final phase of its 2022 season next weekend (2-4 September) with a maiden appearance at historic German venue Hockenheim.

Located in the southwestern state of Baden-Württemberg, the 4.6 km circuit becomes the 10th different venue to stage a Fanatec Endurance round since the championship launched in 2011. It will end the summer break that traditionally follows the marquee TotalEnergies 24 Hours of Spa and kicks off a busy period of three events over the next five weekends.

As ever, the Belgian endurance classic has done a great deal to shape the championship battles that will play out between now and the finale at Circuit de Barcelona-Catalunya (30 September-2 October). Nevertheless, title glory is still up for grabs in each class, while a new circuit ensures that no conclusions can be drawn about the competitive order. This should make for an unpredictable contest as Fanatec GT World Challenge Europe Powered by AWS breaks new ground at Hockenheim.

Akkodis ASP looking to add title glory to TotalEnergies 24 Hours of Spa triumph
With this year's TotalEnergies 24 Hours of Spa in the books, the battle for the overall Fanatec Endurance title can now take centre stage. Six crews remain in the hunt for the big prize, with Akkodis ASP leading the way after its trio of Marciello/Gounon/Juncadella scored a resounding win at Spa to end a nine-year victory drought for Mercedes-AMG. The #88 crew were also podium finishers in the opening two events of the season, ensuring that they top the table on 79 points.

Their principal opposition comes from Iron Lynx. The Italian squad sealed last year's drivers' crown and boosted its chances of another title with a P3 finish for the #71 Ferrari at Spa. Its pairing of Davide Rigon and Antonio Fuoco are 11 points off the lead heading to Hockenheim, where they will be joined by Alessio Rovera. Having contested the previous three rounds, Daniel Serra steps back to focus on racing commitments in his native Brazil.

The other four crews in contention will require a win at Hockenheim if they are to retain a realistic championship shot. GetSpeed sits third in the standings with its #2 Mercedes-AMG pairing of Luca Stolz and Steijn Schothorst, who are rejoined by Maro Engel for the squad's home race. They sit level with the #51 Iron Lynx Ferrari crew of Calado/Molina/Nielsen, both having accumulated 37 points.

BMW enjoyed a strong run at Spa with the new M4 GT3. Though its cars ultimately slipped out of podium contention during the closing hours, ROWE Racing finished fifth and sixth, earning a big haul of points in the process. Both crews retain an outside shot at the title: the #50 trio of Harper/Hesse/Verhagen have 34 points, while the #98 line-up of Catsburg/Farfus/Yelloy have 32.

Perhaps the most surprising aspect of the 2022 title battle is that it does not involve Team WRT. The #32 Audi took a commanding win at the Imola opener, but a disastrous TotalEnergies 24 Hours of Spa has left the trio of Vanthoor/Weerts/Van der Linde out of the running. The sister #46 Audi is also too far adrift to challenge, though GT racing newcomer Valentino Rossi was able to see the chequered flag at Spa alongside Frédéric Vervisch and Nico Müller.

Three more Audi crews will contend for Pro class honours at Hockenheim. Attempto Racing may have had the fastest R8 at the TotalEnergies 24 Hours of Spa, but an early puncture scuppered its chances. The trio of Winkelhock/Marschall/Puhakka will share driving duties in the #66 car, while further entries from Tresor by Car Collection (Haase/Drudi/Ghiotto) and Saintéloc Junior Team (Mies/Niederhauser/Légeret) bolster the Audi line-up.

Porsche squad Dinamic Motorsport led early on at the 24 Hours before technical problems scuppered its bid during the night. Regular drivers Matteo Cairoli and Klaus Bachler are joined in the #54 by Alessio Picariello, who steps in for Côme Ledogar. Lamborghini endured another disappointing TotalEnergies 24 Hours of Spa and will look to bounce back over the concluding events of the season. Emil Frey Racing once again fields both of its Pro cars, with Bortolotti/Costa/Aitken sharing the #63 and Altoè/Rougier/Roussel handling the #19.

In contrast, McLaren enjoyed another strong showing in the Ardennes with the #38 JOTA crew of Bell/Kirchhöfer/Wilkinson running a clean race to eighth. They are joined at Hockenheim by the returning JP Motorsport outfit, which completes the Pro field with its ace trio of Klien/Abril/Lind.

Team WRT on the brink of maiden Silver Cup title
The Silver Cup championship is the closest to being settled at Hockenheim. Team WRT enjoys a 34-point advantage at the top thanks to its #30 Audi line-up of Neubauer/Goethe/Simmenauer, who secured class honours at the TotalEnergies 24 Hours of Spa. Their main opposition comes from fellow Audi squad Attempto Racing, which has been consistently fast with its #99 trio of Aka/Schöll/Zug. Finishing second in class at Spa has kept the young trio in contention, though they must reduce WRT's lead by at least eight points to take the fight to Barcelona.

Al Manar Racing by HRT won at Circuit Paul Ricard with its #777 Mercedes-AMG and secured class pole at Spa, but an accident on Saturday evening ended its race and dealt the squad's championship hopes a severe blow. With a 40-point deficit to the #30 Audi, the crew of Al Zubair/Jefferies/Schiller must win at Hockenheim. Emil Frey Racing also retains a mathematical shot at the title, with its #14 Lamborghini line-up of Tujala/White/Lappalainen heading to Hockenheim 51 points shy of the lead with 52 still on offer.

The rest of the Silver Cup field is fighting for pride, which should ensure some fierce racing over the deciding weekends. In addition to the title-chasing Al Manar by HRT squad, four other Mercedes-AMG crews will compete at the brand's home race. German outfits GetSpeed (Baud/Eriksen/Kingsley) and Haupt Racing Team (Fittje/A. Valente/Love) are joined by regular front-runners Akkodis ASP (Stevenson/Drouet/Mosca) and Madpanda Motorsport. The latter will field regular drivers Ezequiel Perez Companc and Sean Walkinshaw, with a third crew member to be confirmed.

Lamborghini has its biggest Silver Cup entry of the season, with 2020 class champion Barwell Motorsport shifting from the Gold Cup to field its #77 for De Haan/Kujala/MacDowall. Leipert Motorsport will deploy its #27 Huracan for Cooke/Leitch/Tutumlu Lopez, while VSR retains a two-car effort that features Dörrbecker/Paverud/Moulin in the #163 and Beretta/Nemoto/Hites in the #563.

A pair of Porsche entries will compete for Silver Cup honours at Hockenheim. German outfit Allied Racing tackles its home event with the familiar crew of Matthiesen/Fischli/Strum, while Dinamic Motorsport entrusts Calamia/Nakken/Roda with its #56 machine. British squad Garage 59 completes the class with its young crew of Maldonado/Simioni/Kjaergaard, who will once again share the #159 McLaren.

Everything to play for in Gold Cup and Pro-Am
While the Silver Cup is close to being settled, the battle for the inaugural Gold Cup title is wide open. Indeed, eight of the 12 crews entered for the Hockenheim weekend retain a chance of taking class honours, with TotalEnergies 24 Hours of Spa winners Iron Dames leading the way on 67 points. The crew of Bovy/Frey/Gatting have history in their sights as they seek to become the first all-female line-up to claim a Fanatec GT World Challenge Europe Powered by AWS title.

But the competition will be stiff. Inception Racing has been formidably quick with its McLaren, which took class victory at Circuit Paul Ricard thanks to the #7 crew of Iribe/Millroy/Schandorff. They are eight points shy of the Iron Dames, while Herberth Motorsport is also within striking distance with its #911 Porsche crew of Ralf Bohn and the Renauer twins.

A class podium at Spa kept Team WRT in the hunt with its #33 Audi crew of Ryuichiro Tomita and brothers Arnold and Maxime Robin. Ferrari outfit AF Corse (Delacour/Sbirrazzuoli/Balzan) and Mercedes-AMG squads Haupt Racing Team (Haupt/Maini/Scholze) and Sky Tempesta Racing (Froggatt/Hui/Cheever) also retain a chance but will need to win at Hockenheim. Allied Racing's Alex Malykhin has a mathematical shot and will be joined in the #91 Porsche by Ayhancan Güven.

Of the four crews racing at Hockenheim that are not in contention for the title, perhaps the biggest surprise is Winward Racing. While the #57 Mercedes-AMG has shown excellent qualifying speed this term, strong results have been scarce for the crew of Liebhauser/Ferrari/Auer. JP Motorsport returns to the Gold Cup with the #112 McLaren of Krupinski/Blazek/Siedler, while AGS Events fields its #8 Lamborghini (Gomar/Cabirou/Parisy) and Boutsen Racing will have the usual trio of Ojjeh/Lessennes/Eteki in the #10 Audi.

The Pro-Am title fight also remains open. Dominik Baumann (#20 SPS automotive performance Mercedes-AMG) leads the way on 86 points, closely followed by the AF Corse trio of Machiels/Bertolini/Costantini. The #52 Ferrari earned victory at the TotalEnergies 24 Hours of Spa and its drivers head to Hockenheim with 78 points.

The #188 Garage 59 McLaren crew of West/Ramos/Chaves are next with 70 points and remain very much in contention for the class championship. Valentin Pierburg has 58 on the board and will join Baumann and the returning Ian Loggie in the #20 Mercedes-AMG, completing the field for the trip to Hockenheim.

Support action and esports completes Hockenheim schedule
A trio of support championships will be on-track during the Hockenheim weekend. The GT4 European Series is set for its penultimate round of its season and a maiden outing at Hockenheim, while the Clio Cup Series makes its second appearance of 2022 having previously joined the support package at Magny-Cours. MitJet 2L Trophy Italy is a new addition to the line-up, though its French equivalent was also part of the Magny-Cours weekend.

Away from the circuit, there will be virtual action courtesy of the Fanatec Esports GT Pro Series. As Hockenheim is not currently available in Assetto Corsa Competizione the track for the penultimate round has been chosen by fans, with iconic Japanese venue Suzuka winning a social media vote. Drivers will tackle a one-hour race around the legendary figure-eight circuit at 18:45 on Saturday evening, with the action taking place at the Fanatec Esports Arena.

As the deciding phase begins, the 2022 season still has some twists and turns to come. With the chance of championship glory and a new circuit to discover, Hockenheim promises to be a fascinating weekend for Fanatec GT World Challenge Europe Powered by AWS. 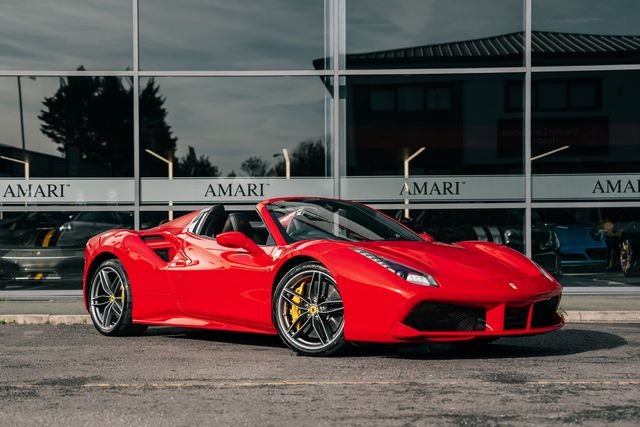