A 1956 Ferrari 250 GT TdF Berlinetta by Zagato has been awarded Best of Show at this year’s Salon Privé Concours d’Elégance presented by Aviva. The 250 GT TdF impressed ICJAG Judges and Blenheim’s guests alike over the last two days and was part of a keenly contested group of Class winners covering 12 decades of motoring, from veteran to supercar.

Owned by David and Ginny Sydorick, the 250 GT TdF is one of just five Ferrari 250 GT long-wheelbase chassis cars designed by Zagato. Chassis 0515GT was originally built for one of Ferrari’s best customers, Vladimiro Galluzzi. Galluzzi raced the car extensively during the 1956 season, before selling it to racing driver Luigi Taramazzo. It was eventually retired from racing at the end of 1958. The V12-powered lightweight model has an elegant coachbuilt body with Zagato’s trademark double-bubble roof.

The 250 GT TdF’s win at the Concours d’Elégance presented by Aviva is the perfect prelude to Salon Privé Week, which is now in its 17th year. One of the most prestigious events of its kind in the world, Salon Privé is a Partner Concours to the Peninsula Classics Best of the Best Award, the panel of ICJAG Judges from which are the renowned experts in their respective fields.

Runner-up to the TdF, as well as taking a first in the Pre-War Open Class, was the 1938 Alfa Romeo 6C 2300 B Mille Miglia by Graber, owned by Dr. Matthias Metz. One of only 107 Mille Miglia models built by the factory, chassis 815045 is now unique, being the sole survivor of four 6C 2300 B convertibles made by Graber, as well as the only one to wear the coveted ‘MM’ designation against its engine number.

Another Salon Privé entrant to collect two awards was The Gaskell Collection’s 1931 Bentley 8 Litre Saloon by Freestone & Webb, which came away with a third in the Concours d’Elégance, while also collecting overall honours in the Pre-War/Closed Class. Retaining its matching numbers, chassis YR5089 was built on the shorter of the two 8 Litre chassis with a body that was – appropriately enough - likely to have been designed specifically for the Concours circuit in period.

Collecting this year’s coveted Duke of Marlborough Award was another Ferrari, this time from the 75th Anniversary Race Class. The 1965 365 P with body by Fantuzzi, was built as a works racer, with its first outing at the 1000km Monza, driven by John Surtees and Ludovico Scarfotti, where it took second place overall.

Runner up to the 365 P in the Ferrari 75th Anniversary Race Class was a very special 250 GTO, being the second such model to be produced by the factory, and one that went on to play a vital role as a development vehicle for future series production GTOs. Chassis 3387GT was produced in 1962 and powered by the classic 2953cc V12 from the 250 Testa Rossa, rated at 296bhp and delivering a top speed of 174mph. Chassis 3387GT also came away with the event’s Chairman’s Award and Most Iconic Award.

Mihai Negrescu’s glorious 1979 Aston Martin V8 Volante ‘7 Litre RSW’, entered in Salon Privé’s Supercar Icons Class, was awarded the Coup de Coeur / Matt Pearce Trophy. Maintained by marque specialists R.S Williams for many years, the car was upgraded to its ‘7-Litre RSW’ specification in 2004, boosting power to 440bhp and torque to 520lb ft. The car has been well-used, too, with more than 10,000 miles covered in the UK and Europe in recent years.

And showing the sheer breadth of this year’s entries was the 1907 Lorraine Dietrich 130HP ‘Course’, winner of the People’s Choice Award. This 16.4-litre leviathan is of the type raced in road circuit grands prix of the period, and was remarkably advanced, with three spark plugs for each of its four cylinders – each of which had huge, 170mm bores. Salon Privé’s example uses the only known surviving Lorraine chain-drive gearbox, complete with its original chains.

Rounding off this year’s Concours trophy-winner highlights is the 1933 Rolls-Royce Phantom II Continental Sports Coupé by Freestone & Webb, winning the Churchill Cup for the Most Exceptional Design. Built as a car ‘for use in the UK and Continent, mainly fast touring’, chassis 42PY is distinguished by its long bonnet-line and cycle-style ‘helmet’ fenders, with no traditional running boards, giving it a low and quite rakish appearance.

Salon Privé’s Chairman, Andrew Bagley, was impressed by the high standard of entries at this year’s event: “Once again, Salon Privé has attracted the cream of the crop for its Concours d’Elégance, with some truly exceptional motor cars presented for judging. As we mark Ferrari’s 75th anniversary, it’s extra special that our overall winner should be a Maranello product, and one that took our collective breaths away: David and Ginny Sydorick’s 250 GT TdF perfectly embodied the style and emotion behind the Ferrari brand, and was impeccably presented, too, as were all our trophy winners.”

A full list of this year’s winners is listed below: 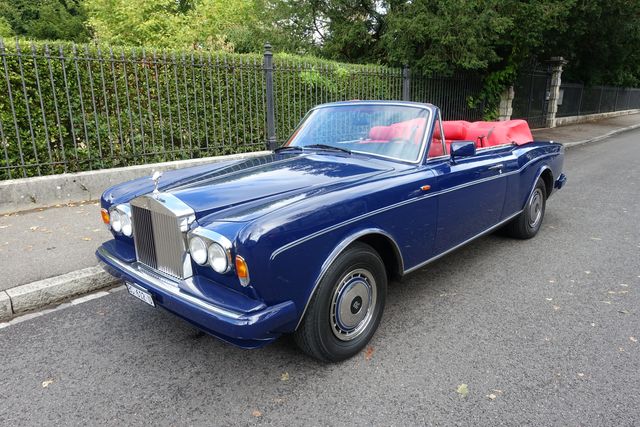