Red Bull Racing’s Max Verstappen took his second consecutive home pole position after narrowly beating Ferrari’s Charles Leclerc in qualifying for the 2022 FIA Formula 1 Dutch Grand Prix, with Carlos Sainz third in the other Ferrari. There was disappointment for Sergio Pérez, however, as a spin in the final corner of his final lap robbed the Mexican of a chance at improvement.

Verstappen took control at the start of Q1 and on his first flyer the World Champion posted a lap of 1:11.317 to take top spot. Ferrari’s Carlos Sainz took second and Leclerc took third with a lap of 1:12.125. The Ferrari paid were soon beaten as Mercedes’ George Russell took P2 ahead of team-mate Lewis Hamilton. McLaren’s Lando Norris moved to fifth and Haas’ Kevin Magnussen climbed to seventh with Pérez in P8.

The Mexican was another flying lap, however, and his lap of 1:11.641 moved him back to P5 behind Hamilton and ahead of Alpine’s Fernando Alonso as Sainz slipped to seventh.

Verstappen elected to stay in the Red Bull garage for the final runs and when the final laps shook out, he held on to top spot. Hamilton jumped to second, just 0.014s behind the Dutchman, while AlphaTauri’s Yuki Tsunoda took a surprise third place ahead of Leclerc, Norris, Russell and Aston Martin’s Lance Stroll.

There would be no place in Q2, however for Alfa Romeo’s Valtteri Bottas, McLaren’s Daniel Ricciardo, Aston Martin’s Sebastian Vettel and Williams’ Nicholas Latifi. Vettel looked to be on course for a good lap, but the German made a mistake at the exit of Turn 13 and went off track.

At the start of the second segment, Williams driver Alex Albon’s out lap on used tyres was scuppered when a flare was thrown onto the track and the red flags were flown. The session resumed after a six-minute delay and Verstappen on used tyres claimed P1 with a time of 1:10.927. Pérez took an early P2 with a lap of 1:11.314.

The Red Bulls were split by Hamilton, however, and at the end of the first runs Max led Hamilton by just under 0.15s with Pérez third ahead of Stroll, Russell and Norris. Surprisingly, Sainz could only manage seventh on 1:11.591, just over a tenth ahead of eighth-placed Leclerc.

In the final runs of Q2, Verstappen again stayed in the garage and that allowed Sainz to grab top spot ahead of Russell, while Verstappen slipped to P3 ahead of Leclerc, Hamilton and Norris. Pérez progressed in P7 ahead of Stroll, Haas’ Mick Schumacher and Tsunoda.

Ruled out at the end of Q2 were AlphaTauri’s Pierre Gasly in P11 followed by Alpine’s Esteban Ocon and Fernando Alonso. Alfa Romeo’s Zhou Guanyu and Albon.

At the start of the top-10 shoot-out, Verstappen was straight into the action and this time the World Championship leader went out on a set of new soft tyres. And on his opening lap, the Dutchman crossed the line in 1:10.515 to take top spot, though a small mistake in Turn 3 meant he lost time. Leclerc took provisional pole 0.059s ahead of his rival.

Hamilton slotted into third place ahead of Sainz, while Pérez’s opener, on used tyres, left him in fifth place.

In the final runs of Q3, Leclerc went out ahead of Max and the Ferrari driver laid down the gauntlet by improving to 1:10.363. Max, though, was flying and three perfect sectors saw him cross the line 0.021s ahead to claim his fourth pole position of the season ahead of Leclerc, Sainz and Hamilton.

The end of the segment was less lovely for Pérez. The Mexican was on course to improve on his final lap but a mistake on entry on the final corner saw him spin and lose the lap. He will start the race from fifth on the grid ahead of Russell, Norris, Schumacher and Tsunoda. Stroll failed to set a time in the segment after a technical issue restricted him to the Aston Martin garage. 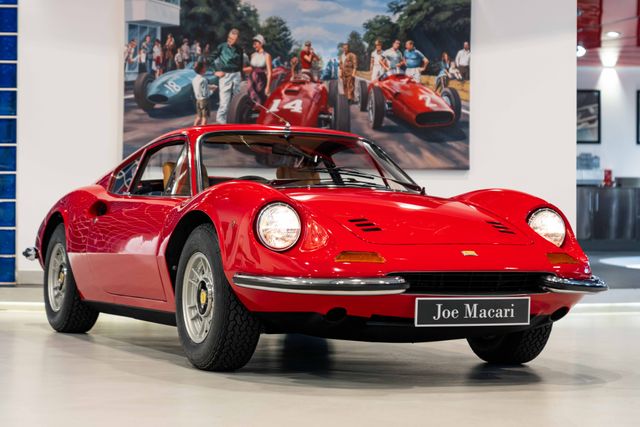