Mercedes-AMG has clinched the 2022 Intercontinental GT Challenge Powered by Pirelli manufacturers’ title, as well as its fourth-straight IGTC victory, by winning the Indianapolis 8 Hour Presented by AWS at the Brickyard yesterdayevening.

Mercedes-AMG also finished fourth on the road but third of the IGTC competitors after Winward Racing’s pole-winning entry lost almost one lap during the second of two Safety Car periods. Philip Ellis, Jules Gounon and Russell Ward ultimately came home more than a minute behind Craft-Bamboo and 11 seconds shy of the final overall podium place, which went the way of Turner Motorsport’s BMW.

The result ensures this year’s drivers’ championship won’t be resolved until IGTC stages its season finale at the Gulf 12 Hours on December 11.

MARCIELLO AS GOOD AS HIS WORD

The circumstances that prevented Craft-Bamboo and both AF Corse entries from contesting Friday’s top-10 Pole Shootout prompted Marciello to promise he’d make amends on Saturday. And the Italian delivered – just – despite his team starting 15th.

The race ultimately boiled down to a scrap between Marciello and his compatriot Fuoco who traded the lead over the final two stints before going wheel-to-wheel for victory on the last lap.

Strategies converged with two hours remaining when a Full Course Yellow prompted the leading contenders to make their final pitstops. But while Marciello, Fuoco and Turner’s BMW driven by Robby Foley emerged ahead of the subsequent Safety Car, Winward’s chances evaporated when Gounon was trapped behind. The top-three duly joined the back of the queue to gain almost a lap on the #33 Mercedes-AMG.

Racing hadn’t long resumed when Fuoco relieved Marciello of the lead in traffic. However, he was unable to pull clear and fell back behind the Theodore Racing-liveried Mercedes-AMG with 90 minutes remaining.

Marciello appeared to have the Ferrari covered at the start of the final stint and initially moved four seconds ahead. Fuoco wasn’t finished, though, and steadily chipped away at a lead that stood at less than two seconds with 15 minutes left.

Traffic undoubtedly played its part but the Ferrari also appeared to be the faster car as a golden sunset gave way to darkness over IMS – this being the first time ever that the fabled venue had staged racing at night. Fuoco certainly began the final lap with a chance but few would have imaged the grandstand finish that played out as the Italians went side-by-side into the final chicane. Fuoco was briefly alongside but ran out of road as Marciello slammed the door shut.

Craft-Bamboo’s first IGTC win was built on Morad’s opening triple stint, the first of which saw the car rise from 15th to fourth. Juncadella took the wheel in second and inherited the lead when De Pauw picked up a drive-through penalty for spinning AF Corse’s other Ferrari around at Turn 1.

The subsequent Safety Car brought the two leading contenders back together, but it was Juncadella who pitted just ahead of Serra whose early contribution brought #71 into contention. The Brazilian was simply unstoppable during an opening hour in which the Ferrari carved its way through from 18th to second.

K-Pax Racing’s #1 Lamborghini ended the first hour out front but dropped back and ultimately out of contention when Marco Mapelli crashed on the front straight, triggering the initial Safety Car.

Instead, it was Winward’s Mercedes-AMG that looked set to join the lead battle until the second Safety Car’s timing scuppered Gounon’s chances of winning the IGTC drivers’ title with a race to spare.

Instead, Turner’s BMW shared by Foley, Michael Dinan and John Edwards completed the overall podium after a fast, trouble-free run.

AF Corse’s other Ferrari couldn’t match the early progress of its sister car and ultimately finished two laps down due to a combination of factors. However, #51 still scored fourth place IGTC points for the Prancing Horse in fifth overall.

Bathurst 12 Hour gears up for the Intercontinental GT Challenge 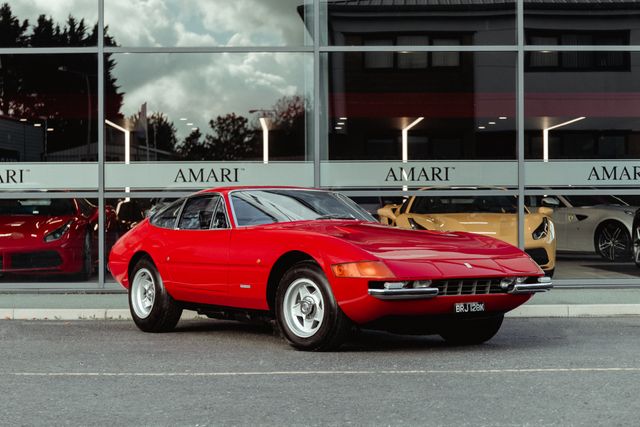