UK’s leading Concours of Elegance to showcase Le Mans icons in special display, in partnership with L’Automobile Club Ouest
Legends from throughout race’s storied history will be assembled at Hampton Court Palace, alongside rarest, most spectacular concours cars
In total, nearly 1,000 vehicles will be on display across event, from 1st to 3rd September 2023
The Concours of Elegance remains the UK’s top concours d’elegance and among the top three in the world
Tickets will go on sale in November

The landmark celebration will gather iconic racers from throughout Le Mans 24 Hour history, assembling them alongside the other fabulous concours cars in the immaculate Palace grounds. The centenary display will include the most significant stars from Le Mans’ storied history.

The Concours of Elegance has welcomed legends of La Sarthe on a number of occasions over the past decade, including the truly iconic 1969 Porsche 917 K, which took the Best in Show award back in 2020. The endurance racing Porsche was a crowd favourite, with its imposing design and incredible backstory. In 1970, Hans Herrmann and Richard Attwood drove the very 917 K (short-tail) that graced Hampton Court Palace – decked out in the world-famous red-white Salzburg design -to the first ever overall win for Porsche at the famous 24-hour race. The 917 marked the first time Porsche competed in the league of immensely powerful, large-capacity racing cars. Its 580bhp 4.5-litre 12-cylinder engine set new standards and is still legendary today.

The Concours of Elegance has also played host to highly significant Le Mans Bentleys, including the marque’s first car to race at Le Mans, a 1923 3-Litre. It was with this car that Bentley’s on track legend began, with an example privately entered into 1923’s running of the race. Company founder, W.O. Bentley only agreed to attend the event at the last-minute, convinced the race was ‘crazy’. However, it was worth the trip as Bentley watched his 3-Litre car set a lap record and finish a commendable fourth overall, hindered only by a hole in the petrol tank.

In recent years, the Concours of Elegance has also welcomed the most iconic Bentley and one of the most revered Le Mans racers of all, the Bentley Speed Six ‘Old Number One’. This mighty car remarkably emerged victorious in both 1929 and 1930, the first car to win the race back-to-back. Piloted by Woolf Barnato and Tim Birkin in its maiden win at the world-famous 24-hour race, ‘Old Number One’ took two other race podiums over the course of the racing calendar that year. Famed Bentley Boy Barnato returned the following year, and drove the racer to an unprecedented second victory alongside fellow Bentley Boy, Glen Kidston.

Over the years, the Concours of Elegance has also played host to the similarly iconic Ford GT40, with which Henry Ford famously took the fight to Ferrari at La Sarthe. While the new car came up short on its debut in 1964, and struggled again in 1965, Ford persisted. In 1966, the refined and honed, thunderous V8 powered machine, campaigned by none other than Carol Shelby, took victory with Bruce McLaren at the wheel. This 1966 triumph was far from a flash in the pan; the GT40 would win again in 1967, ’68 and ’69. A remarkable achievement for a racing car that ranks among the most legendary of all.

These wonderful, significant racing cars give a taste of what to expect from 2023’s Le Mans Centenary celebration, which will complement the display of 70 rare and spectacular Concours Cars at next September’s glamourous event. Outside the main display of vehicles, the Concours of Elegance will assemble around 1,000 further cars in a series of special features and displays.

James Brooks-Ward, Concours of Elegance CEO, said: “After a sensational tenth anniversary show in September, planning is progressing apace for 2023. We’re delighted to reveal this Le Mans centenary celebration as the first exciting feature for next September, presented in partnership with the Automobile Club de Ouest.

“Le Mans is known as the most evocative, storied event in motorsport, with countless legends forged at the Circuit de la Sarthe over the past century. We’re thrilled to be marking its centenary by welcoming the most iconic cars from the race’s rich history to Hampton Court Palace.

“Securing such a prestigious partnership is a real coup for our event - one that underlines our position as the leading Concours d’Elegance in the UK, and cements our place in the top three events globally. Look out for more announcements in the coming months as we build towards what is set to be another unrivalled automotive extravaganza.”

Pierre Fillon, president of the Automobile Club de l’Ouest, said: “The centenary of the 24 Hours of Le Mans is a major international event. The celebrations will span several months, and the whole world is invited! We’re overjoyed that the Hampton Court Palace Concours of Elegance is showcasing Le Mans and endurance racing cars this year. A big shout out to the organisers for honouring our anniversary with such finesse.”

Away from the automotive displays, Concours of Elegance 2023 will again be an occasion of pure luxury, with champagne provided by Charles Heidsieck, picnics by Fortnum & Mason, and a collection of art, jewellery and fashion displays. Presenting Partner A. Lange & Söhne will once again showcase some of its most intricate timepieces. 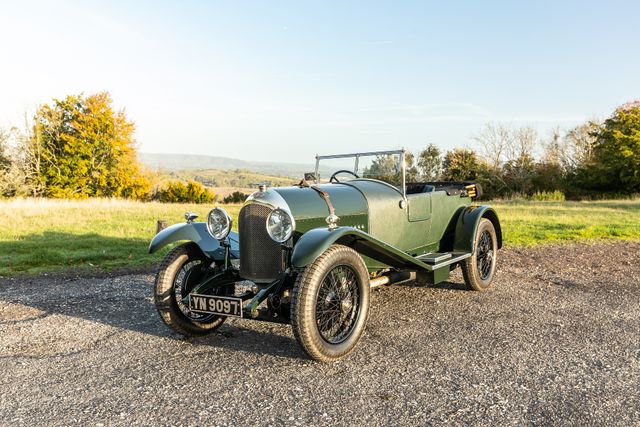