Porsche on pole for WEC GTE-Pro class final in Bahrain

Porsche 911 RSR, Porsche GT Team (#91), Gianmaria Bruni (I), Richard Lietz (A)
Gianmaria Bruni sets the fastest time in the GTE-Pro qualifying
Porsche tied with Ferrari at the top of the manufacturer’s classification
Christian Ried fastest driver in a customer 911 RSR

The Porsche GT Team has clinched pole position in the GTE-Pro class at the final round of the season in Bahrain. Works driver Gianmaria Bruni from Italy set the fastest qualifying lap on the Bahrain International Circuit at the wheel of the No. 91 Porsche 911 RSR. Michael Christensen from Denmark planted the No. 92 sister car on position three. Thanks to the extra point for pole position, Porsche now shares the lead with Ferrari in the manufacturer’s classification of the FIA World Endurance Championship WEC.

For the fourth time this season, the Porsche 911 RSR tackles the fiercely contested GTE-Pro class from the best grid spot. As dusk fell and temperatures hovered around 30 degrees Celsius, the two nine-elevens fielded by the works team did not wait long at the start of the session. As soon as the 10-minute session got underway, Christensen went out on the track, with Bruni following about a minute later.

The Italian abandoned his first flying lap to optimally warm his tyres and brakes and prepare for his second attempt at clocking the top lap time. This tactic worked perfectly. Bruni lapped the 5.4-kilometre circuit in 1:56.143 minutes. No one managed to undercut his lap time. At his first attempt, Christensen set the third fastest time before pitting for a fresh set of Michelin tyres for his second shot. While the Dane improved his lap time to second place, this attempt was voided shortly after for exceeding the track limits. Consequently, the No. 92 car heads into the race from position three.

“That was a good qualifying effort for us,” concludes Alexander Stehlig. The Director of Factory Motorsport FIA WEC states: “Gimmi likes this track and he feels very comfortable in Bahrain. As a result, he clinched pole position with a very strong lap. Michael experienced a bit of bad luck in the sister car: in the decisive final sector, a rival spun in front of him. That’s a shame because he could have qualified at least second. It’s important that we earned the extra championship point for pole position. Now we’re at the top of the standings with the same points tally as Ferrari and we’re heading into an exciting finale. We’ll go all-out and see where we end up after the eight-hour race.”

Ahead of the season finale, Porsche and Ferrari are neck and neck in the manufacturer’s classification. In the drivers’ classification, Estre/Christensen and their Porsche teammate Bruni still have chances to win the title. The eight-hour race in Bahrain gets underway on Saturday, 12 November, at 2 pm local time (midday CET).

The No. 77 Porsche 911 RSR fielded by Dempsey-Proton Racing tackles the final round of the 2022 FIA WEC season from third place in the GTE-Am category. The No. 88 sister car starts from P12. The two customer cars run by Project 1 qualified in positions four and eleven. GR Racing’s entry heads into the final round from sixth place.

Drivers’ comments on the qualifying
Gianmaria Bruni (Porsche 911 RSR #91): “The line of approach was very clear – get the most out of the qualifying. It worked. My fastest lap was very good. At the first attempt, my tyres and brakes weren’t quite within the optimal working temperature. So I took it easy initially and then pulled out all stops. This strategy worked beautifully. We’re starting from pole position – fantastic! Although, it also feels strange because this is the last race in the factory squad’s Porsche 911 RSR.”

Michael Christensen (Porsche 911 RSR #92): “My goal was the first grid spot but now we’re third. In a nutshell, it was tough. My lap times just weren’t fast enough. It’s as simple as that. Under such conditions, it’ll be a difficult and extremely demanding race for us.”

Christian Ried (Porsche 911 RSR #77): “The car was super! I think we could’ve achieved even more. I reckon I could have driven two-tenths of a second faster but the tyres were no longer up to it on my second attempt. Third place is really good. Anything is possible for us in the race.” 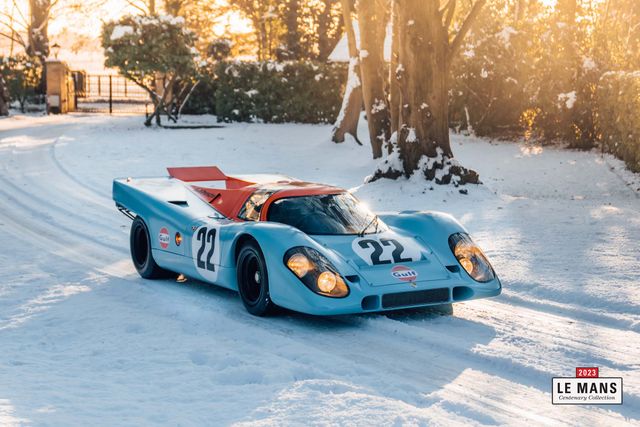