Alpine runner-up in the World Endurance Championship in Bahrain

Alpine Elf Endurance Team secures its fifth podium of the season with third place in the 8 Hours of Bahrain.
With this result and the two wins this year, Nicolas Lapierre, André Negrão, Matthieu Vaxiviere and Alpine finish runners-up in the 2022 World Endurance Championship.

This performance concludes an outstanding two-year adventure that has laid the foundations for a promising future for Alpine in endurance racing.

With two wins and two additional podium results this season, Alpine Elf Endurance Team travelled to Bahrain in contention for both drivers' and constructors' world titles in the Hypercar category.

Two months after Fuji, the team and Nicolas Lapierre, André Negrão and Matthieu Vaxiviere were back on track at Sakhir on Thursday. The team built up its speed during the three free practice sessions before Matthieu Vaxiviere handled the qualifying duties. The Frenchman was the first to leave the pits at dusk, and he made two attempts on two sets of tyres to claim fifth place on the grid.

On Saturday, Nicolas Lapierre was in the Alpine A480 for the start of the Bahrain 8 Hours. The Frenchman took off in a frenzy in the stifling heat, getting the better of the n°94 Peugeot before making a daring pass on the n°7 Toyota a few corners later. Although he slipped to fourth place after a safety car period, Nicolas Lapierre remained in contact with the leaders until Matthieu Vaxiviere took over. After a battle for position with the n°94 Peugeot, he handed over to André Negrão, who sealed the deal.

As the light gradually faded on the Bahrain International Circuit, Nicolas Lapierre capitalised on his teammates’ efforts to slot into third place before stringing together a series of stints with Matthieu Vaxiviere to consolidate the position. Looking for the slightest strategic opportunity in a race which was short on neutralisations, the crew continued to work diligently right up to the chequered flag, aided in this mission by the faultless execution of the team's mechanics.

The n°36 Alpine A480 crossed the finish line in third place to secure its fifth podium of the year. With this performance, Nicolas Lapierre, André Negrão and Matthieu Vaxiviere finish runners-up in the World Endurance Championship, as does Alpine in the constructors' championship.

This result also concludes the first chapter of Alpine's return to the top-flight category. Since its debut in 2021, the A480 has scored two poles, two wins and eleven podiums in twelve starts. Third place in the 2021 Le Mans 24 Hours, as well as victories in the 1000 Miles of Sebring and the 6 Hours of Monza in that outstanding 2022 campaign, underscore this strong record.

Driven by the determination of its drivers and the operational excellence of its engineers and mechanics, which have enabled it to beat the odds on several occasions, Alpine Elf Endurance Team has risen to the challenge of the premier class to lay the foundations for a long-term commitment.

Alpine would like to congratulate Toyota Gazoo Racing on its fourth consecutive double FIA World Endurance Championship title and now looks to the future. Next year, the A-arrowed brand and Signatech will compete in the FIA WEC in a transitional season in the LMP2 class, where they already have two world crowns and three Le Mans 24 Hours class wins. This collaboration will mark the tenth anniversary of Alpine's return to endurance racing while the teams develop the Alpine LMDh, which will join several constructors in Hypercar for 2024.

Nicolas Lapierre
"We fought as hard as we could, but we lacked that extra bit to gain the upper hand. Our opponents were stronger, and they earned this title. It's a bit frustrating, but we can be satisfied that we had another clean race to get this podium finish. Congratulations to the whole team, which has improved tremendously over the past two years. That was our main goal and we are now ready to turn the page and start a new and exciting challenge."

André Negrão
"I would like to congratulate everyone in the team: my teammates, the engineers, the mechanics and our partners. We have had a great season, with our fantastic wins at Sebring and Monza, but also podiums at Spa, Fuji and lastly in Bahrain this weekend. It was fantastic to compete against such tough rivals right up until the last race. Now it's time to say farewell to the A480. It is a great car, which we have learned much about over the past two years. I am proud and happy to have been part of this great adventure."

Matthieu Vaxiviere
"The outcome is logical even though we regret that there wasn't the fight we all hoped there would be. We quickly realised that we would be in trouble in traffic. We tried to manage as best we could, and once again, the drivers and the team did a great job. We must savour this moment. We have no reason to be disappointed at the end of a superb season with two wins, five podiums, a reliability record and no mistakes on our end. This two-year adventure has started a positive dynamic around our project, which bodes well for the future with the full involvement of the Alpine brand. All this only strengthens our desire for our future challenges!"

Philippe Sinault, Alpine Elf Endurance Team Principal
"Despite the frustration due to the lack of on-track action, this race was what we expected. We knew it would be difficult to challenge the Toyotas on their home track. With no safety car periods, it was hard to make a difference strategically, but the team was once again excellent on the operational side. It was particularly obvious in our battle to regain third place from Peugeot. We finished on the podium and achieved our goal of remaining in contention for the title in Bahrain. It's a situation we didn't dare imagine at the beginning of the season. Now we have to stay enthusiastic to fight to the end!" 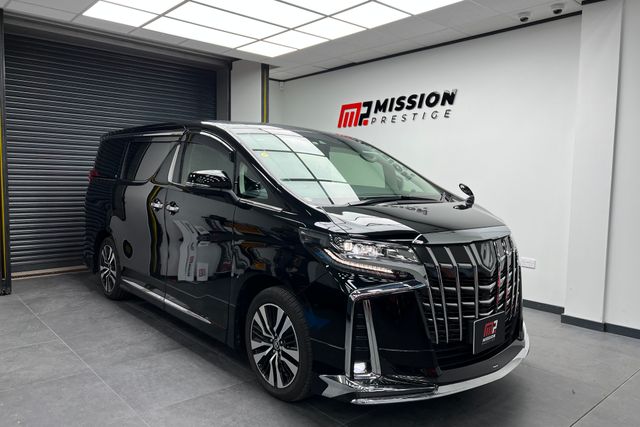