The Historic Sportscar Racing (HSR) Classic Sebring 12 Hour, Pistons and Props, rolls and soars back to Sebring International Raceway next weekend where the vast sports car racing heritage and patriotic aviation history of the legendary race track and World War II-era airfield will be relived for the seventh time, November 30 - December 4, at HSR's season-ending event.

Officially titled the HSR Classic Sebring 12 Hour, Pistons and Props, presented by the Alan Jay Automotive Network, the five-day celebration features historic and vintage sports car racing and a Friday “fly-in” and weekend display of equally jaw-dropping military and civilian aircraft from the last half century and WWII.

The HSR Classic Sebring is a tribute race to the legendary 12 Hours of Sebring and the facility's rich aviation history. Hendricks Field was a civil and military air field on which the famous 12-hour sports car race has been run for nearly 70 years.

This year's HSR Classic 12 features a priceless lineup of debuting and returning vintage airplanes and sports cars and other road racing machines from the last 60 years and beyond. Several noteworthy cars set for Sebring include recent race winners heading to Sebring straight from victory lane at the HSR Classic Daytona presented by IMSA 24-hour race at Daytona International Speedway earlier this month.

One of the most dominating drives in this year's HSR Classic 24 was a victorious run by a familiar team and drivers that know how to win in HSR Classics competition. The Phil Reilly and Co. 1974 No. 26 Chevron B26 (pictured above) of Gray Gregory, Ethan Shippert and Randy Buck swept all four of their Run Group rounds to seal a record fifth "HSR Classics" race win. The victory was the second for the No. 26 team and drivers in the HSR Classic 24 to go along with their 2020 win at Daytona. They also secured three-straight HSR Classic Sebring 12 Hour Group victories from 2018 to 2020. The Chevron team narrowly lost its Group battle at the Classic 12 last year when something broke on the Chevron at speed heading into Sebring’s turn seven chicane section. Shippert was uninjured after contact with the safety barriers, but the Chevron team’s pursuit of a fourth HSR Classic Sebring victory - and now a 2022 HSR Classics sweep - shifts to next weekend's race.

A Classic 24 GT contender heading to Sebring for its Classic 12 debut is the 1993 Hamilton Safe Motorsports Camaro No. 11 Camaro R&S (pictured above) that finished second overall at Daytona in its Run Group. The Camaro was co-driven to the American GT (AGT) class win in the 2001 Rolex 24 At Daytona by Kenny Bupp, Dick Greer, Simon Gregg and Doug Mills. More than 20 years later, Bupp is still going strong at the age of 85 and co-drives the Camaro at Sebring with his son Jordan Bupp. The Bupps have owned and raced the Camaro for 25 years. Kenny Bupp won the 2016 Trans-Am opener at Sebring in the Camaro at 79 years-old, topping Paul Newman as the oldest driver to win a Trans-Am race.

Alan Benjamin returns to the HSR Classic 12 in his Boulder Classics 1992 No. 21 Porsche 964 USA Cup  he co-drove to a GT Run Group win at the HSR Classic 24. He won Group A overall last year at Sebring in a record-setting thriller that saw him co-drive with Brady Refenning to lead the group overall standings for just the final four minutes of the race in a 1972 No. 18 Porsche 911 S/T powered by Refenning’s 901 Shop.

Refenning finished first in Saturday night’s third round, but the No. 18 never ranked higher than third in the overall Group A standings heading into Sunday morning’s fourth and final race. Then the race leading Corvette dropped a valve in the final race's opening minutes and another Porsche took the lead only to pit with a flat tire while cruising comfortably in the lead.

The setbacks were just enough for Benjamin to take the overall Group A win by 0.714 of a second, the closest finish in the history of the HSR Classics races at Sebring and Daytona.

Benjamin previously secured a Sebring Classic 12 Run Group victory in the inaugural running of the HSR race in 2016, co-driving a Boulder Classics 1990 No. 17 Porsche 964 Cup to the Group C title with Robert Ames.

A first-time airplane at the HSR Classic 12 is the battle-scarred USAF 1968 Cessna 02A  nicknamed "Oscar Deuce." This twin-tail and "push-pull" tandem-engine aircraft saw action in Vietnam and carries bullet hole patches still visible on the left flap, left vertical and elevator, all critical wing components that keep a plane in controlled flight. The 02A was a military version of the civilian Cessna 337 and included explosion-proof fuel tanks, bullet-proof seats, a full complement of military radios, rockets, bombs and mini guns and overall structural strengthening. The twin engines allowed Oscar Deuce and other 02A Cessnas to absorb more ground fire and still return safely, endearing the feisty-fighter plane to its crews. Oscar Deuce is owned by Sam Lauff and his wife Linda Lauff who make the trip to Sebring from Leeward Air Ranch in Ocala, Florida.

Returning airplanes at the 2022 HSR Classic Sebring 12, Pistons and Props, include a blue 004 numbered 1942 Vultee BT-15 Valiant  piloted by Tom Smith. Vultees were “Basic Trainer” (BT) aircraft that played a major role in teaching WWII military pilots the finer points of flying. The Smith’s BT-15 is just one of four still flying today out of 1,200 produced. It was built in Downey, California by Vultee in 1942 and delivered to the Army Air Force Training wing in Bainbridge, Georgia. The plane served in the Army until 1945 and was sold as surplus for just $200. The plane has never been restored, has been regularly flown, and has been in hangars for the past 45 years rather than on display in a museum. Smith and his wife Kim Smith, who organize each year's contingent of historic planes for the HSR Classic 12, are the eighth owners of the Vultee and have flown it more than 1,000 hours the last 13 years.

Another flying favorite returning to Sebring is a 1973 Bulldog 120 , a British-built plane manufactured by Scottish Aviation LTD. This Bulldog was initially exported for use by the Ghana Air Force. After a short career as a trainer, the Bulldog was purchased and relocated to England where it was restored and painted in British RAF XX514 livery, a tribute to the original XX514 that was written off in a crash in September of 1986. The plane came to the U.S. in 2013 and, after initial stops in Michigan and Arizona, now resides in Florida and is regularly flown by owner Tony Green. The Bulldog's modern look hides the fact it is a nearly 50-year-old design, but it is always the "newest" plane at each year's Classic 12 considering most are WWII-era aircraft.

The major on-track part of the HSR Classic Sebring is the 12 Hours of Sebring tribute race that takes place Saturday and Sunday. It begins with a symbolic 12 hours of non-stop competition Saturday before all four competing Run Groups contest a final round of races Sunday morning to bring the Classic Sebring to a close.

About HSR: Now an International Motor Sports Association (IMSA) property, Historic Sportscar Racing (HSR) was formed in the mid-1970s with an event at Road Atlanta. There was one goal then and it remains true today: to celebrate the race cars from the past. As a "time machine" of sights and sounds, HSR provides a venue for competitors and spectators alike to share in the wonderful history and excitement created by the cars that competed at race tracks around the world. HSR currently sanctions eight vintage and historic racing events at some of the world's most renowned race tracks, including Michelin Raceway Road Atlanta, Sebring International Raceway, Daytona International Speedway and more. The complete schedule and full event information can be found on HSR's website at www.HSRRace.com. Look for the HSR Channel on YouTube and follow HSR on Facebook at www.Facebook.com/HSRrace/ and on Twitter and Instagram at @HSR_race. A dedicated website for the Classic 24 Hour at Daytona presented by IMSA is available at www.Classic24hour.com.

Cadillac Moves Ahead in Rolex 24 Practice 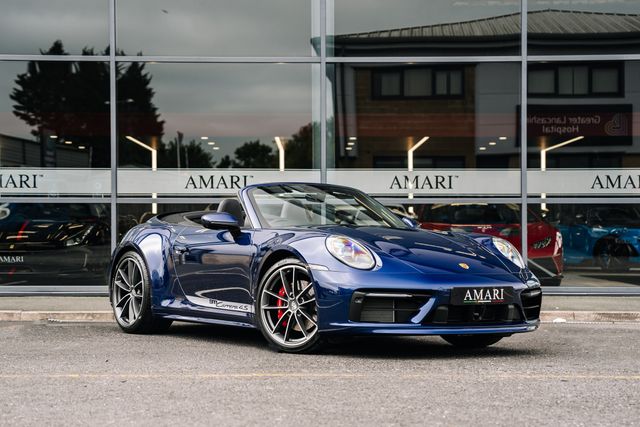