A new event awaits Intercontinental GT Challenge Powered by Pirelli this weekend when the globe-trotting GT3 series stages its season finale at the Gulf 12 Hours (December 9-11).

Circuit Yas Marina is no stranger to high-profile races under its floodlights, but the 11th edition of the 12 Hour – and 10th to be held at the Abu Dhabi Grand Prix venue – looks set to be the best yet thanks to a wealth of factory supported entries, international teams and superstar drivers.

16 of the record 30 GT3 cars are nominated to score points by IGTC’s participating full-season manufacturers. However, with Mercedes-AMG already crowned champions, attention turns to the drivers’ title…

Dani Juncadella has one hand firmly on the IGTC crown after Mercedes-AMG opted to pair him with erstwhile solo candidates Jules Gounon and Raffaele Marciello. That decision means the trio can now share the title, just as they did in Fanatec GT World Challenge Europe Powered by AWS earlier this year, while fellow factory driver Luca Stolz also remains a mathematical contender.

Juncadella starts three points clear of Gounon, while Marciello is a further 15 behind. Therefore, finishing in positions third to 10th would leave Juncadella as the sole champion.

But victory or second place for GruppeM’s #89 Mercedes-AMG would see the winning TotalEnergies 24 Hours of Spa trio locked on the same number of points and finishing positions after one drop score is applied. Bathurst would no longer count towards Juncadella and Marciello’s totals, while Gounon’s Indy result would be removed. As such, each will be left with three wins or two wins and one second place, as well as the same result at the final round – IGTC’s last deciding factor when attempting to split tied drivers.

Stolz winning and Juncadella non-scoring would leave the duo tied on points and results: two wins and one second place. In that scenario Stolz would take the title by dint of his superior finishing position at the final round.

No driver from another of IGTC’s manufacturers – Audi Sport, Ferrari, Lamborghini and Porsche – can win the championship.

Overall victory for any one of those cars would complete Mercedes-AMG’s sweep of the 2022 IGTC campaign and set a new record for consecutive wins. It shares the current benchmark, four, with Audi Sport. Meanwhile, a sixth IGTC victory for Gounon would move him one clear of current joint-record holder Christopher Haase.

Ferrari cannot retain the drivers’ title but that hasn’t prevented it from sending two full factory crews to the Gulf 12 Hours where its 488 and 458 models have scored a record six wins, and five of them consecutively in 2014-18.

There is nothing to choose between the two cars. Rigon’s Gulf 12 Hours achievements are second to none and his co-drivers are two of the world’s best young GT drivers. #71, meanwhile, features newly re-crowned FIA WEC champions Pier Guidi and Calado, as well as Fanatec GT World Challenge Europe runner-up Fuoco.

Each manufacturer is permitted three Pro entries amongst its four-car quota. And Ferrari, like Mercedes-AMG, has maximised its points scoring potential by including another AF Corse-run car on the IGTC list. MDK Motorsports will be unfamiliar to most outside of America but the same cannot be said of current F1 star Kevin Magnussen and his multiple Le Mans class-winning father Jan who join team owner Mark Kvamme.

This will be Magnussen Jnr’s first-ever GT3 race, although he did test a Ferrari at Barcelona last week.

Things haven’t gone to plan for Audi Sport in IGTC this season but Ingolstadt has an opportunity to end its campaign on a high at a race it won in 2019 with Attempto.

The German squad, which is working in partnership with Team Tresor this weekend, has been a Gulf 12 Hours regular over the years and returns with one of Audi Sport’s two factory-supported R8s as well as a second all-Silver crew.

Audi Sport Team Tresor’s Pro line-up represents one of this year’s strongest. Kelvin van der Linde is overdue an IGTC win after scoring the last of his three all the way back in 2019, while Mattia Drudi and Ricardo Feller both still await their first.

The championship’s joint-most successful team in terms of victories, Sainteloc, can also call on tried and trusted factory talent in the form of Christopher Haase and Patric Niederhauser, as well as rising star Erwan Bastard who clinched this year’s European and French GT4 titles. The Frenchman’s contribution on his factory debut will be one to keep close tabs on.

The two remaining Audis must also compete in the Pro class, as per Gulf 12 Hours regulations, despite featuring three Silver-graded drivers each. Ordinarily IGTC manufacturers can nominate a maximum of three Pro crews per event, but in this unusual instance IGTC's Sporting Board has agreed that both cars will be considered Silver, as they would at any other IGTC event. All four R8s are therefore nominated.

All four 911 GT3 Rs receive nominations this weekend, although none are likely to contend for overall victory. Nevertheless, with only the highest two cars per manufacturer eligible to score, it is possible for Porsche’s Pro-Am and Am contingent to finish inside the top-10 of IGTC’s classification. 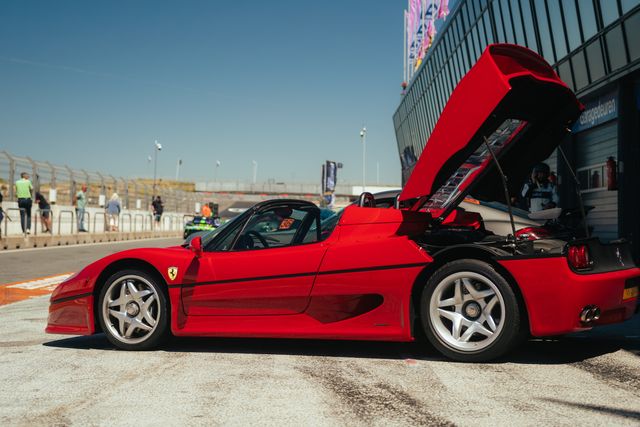