No season in recent memory arrives with as much eagerness and expectation as the 2023 IMSA WeatherTech SportsCar Championship. It unfolds next week, starting with three days of testing at the annual Roar Before the Rolex 24. It’s the prelude to the Rolex 24 At Daytona, the renowned 24-hour endurance marathon that kicks off the worldwide racing season.

This year’s Rolex 24, the 61st running on Jan. 28-29, takes on more interest and intrigue than usual since it serves as the global competition debut of the LMDh platform prototype cars in the reborn Grand Touring Prototype (GTP) class. Nine entries from four powerhouse auto manufacturers are entered in the class, with each manufacturer designing its own internal combustion engine that’s mated to an electrified hybrid powertrain common to all the entrants. The combination of the two power sources can generate up to 670 horsepower.

The manufacturers and their teams have been working tirelessly to prepare their cars for this groundbreaking debut. The Rolex 24 will serve as the first and ultimate test to see who will survive the grueling, twice-around-the-clock measure of driver and machine on the 3.56-mile Daytona International Speedway road course.

It also places a premium on the three-day Roar Before the Rolex 24 test from Jan. 20-22, as GTP drivers, teams and manufacturers hammer out the final details to fine-tune performance for the demanding 24-hour race to come. The Roar will conclude on Sunday, Jan. 22 with qualifying for all five WeatherTech Championship classes to set the starting grid for the Rolex 24 six days later. Qualifying will stream live on Peacock at 1:25 p.m. ET Jan. 22, with IMSA Radio also providing coverage.

Other key notes to consider for the Roar and Rolex 24 include:

Sixty-One Cars for the 61st Running: Interest is soaring for the WeatherTech Championship. For the second straight year, there are a hefty 61 entries for the Roar and Rolex 24. Additional entry applications were submitted but had to be turned away in order to accommodate the 61 in pit lane and the garage area.

GTP: The four LMDh cars competing are the Acura ARX-06, BMW M Hybrid V8, Cadillac V-LMDh and Porsche 963. Cadillac has three entries (two fielded by Chip Ganassi Racing and the third from Action Express Racing), Acura two (one from Meyer Shank Racing with Andretti Autosport and the other from Meyer Shank Racing with Curb-Agajanian), BMW two (both from BMW M Team RLL) and Porsche two (both from Porsche Penske Motorsport). Each car has at least one past Rolex 24 winner in its lineup, with the No. 01 Cadillac Racing entry boasting a total of eight victories among Sebastien Bourdais, Renger van der Zande and Scott Dixon.

LMP2: The class maintains its size (10 cars) from a year ago, with returning favorites such as Era Motorsport, PR1 Mathiasen Motorsports and 2022 season champion Tower Motorsport – the latter adding IndyCar drivers Josef Newgarden and Scott McLaughlin to its 2023 Rolex 24 lineup in search of that elusive victory. New entries in LMP2 include a pair from TDS Racing and single cars from Crowdstrike Racing by APR, Rick Ware Racing, Proton Competition and AF Corse.

LMP3: The count in this class also mirrors 2022 (nine cars), led by the teams that finished 1-2 in last year’s Rolex 24 – Riley Motorsports and Sean Creech Motorsport. The field is nearly equally split between chassis manufacturers, with five from Ligier and four from Duqueine.

GTD PRO: Seven manufacturers are represented among the eight entries in this highly competitive class that debuted last year at the Rolex 24. Porsche won in a stirring battle between two of its own last year and has the new 992 version of its Porsche 911 GT3 R to race with this year. Other new cars for the class in 2023 are the Ferrari 296 GT3 and the Lamborghini Huracán GT3 EVO2. But don’t rule out returning war horses including the Chevrolet Corvette C8.R GTD, Lexus RC F GT3, Mercedes-AMG GT3 and the Aston Martin Vantage GT3 – the latter being the only manufacturer with two cars in the class (one each from Heart of Racing Team and TGM/TF Sport).

GTD: This popular class swelled by three to 25 entries this year and in many ways is the heart of IMSA since it boasts nine manufacturers – Acura, Aston Martin, BMW, Ferrari, Lamborghini, Lexus, McLaren, Mercedes-AMG and Porsche. It was a Porsche that conquered last year’s Rolex 24, but the depth and parity of the class was displayed by the fact that seven of those manufacturers won at least once in 2022. It bodes well for another GTD donnybrook in the 2023 season opener.

A Load of Past Rolex 24 Winners Entered: When all is said and done, more than 230 drivers will likely compete in this year’s race. At least 62 of them have taken an overall or class win in the Rolex 24 before. Andy Lally (No. 44 Magnus Racing Aston Martin Vantage GT3 in GTD) leads among active drivers with five previous victories. Joao Barbosa (No. 33 Sean Creech Motorsport Ligier JS P320 in LMP3) and the aforementioned Scott Dixon (No. 01 Cadillac Racing V-LMDh in GTP) both have four, including three overall triumphs each.

Most Class-Winning Teams Return … Sort of: Four class winners from the 2022 Rolex 24 are back, though it comes with an asterisk for Meyer Shank Racing with Curb-Agajanian. The team won last year in the Daytona Prototype international (DPi) class that gave way to GTP for this season. Three of the four winning drivers from that effort are back in the No. 60 – Tom Blomqvist, Helio Castroneves and Simon Pagenaud – and are joined by two-time Rolex 24 winner Colin Braun.

Oliver Jarvis, who co-drove the No. 60 to the Rolex 24 victory as well as the season-long WeatherTech Championship DPi title in 2022 (with Blomqvist), moves to the LMP2 class this year as part of the No. 18 Era Motorsport lineup that also features past Rolex 24 winners Ryan Dalziel and Dwight Merriman.

Speaking of LMP2, while the DragonSpeed USA team that won last year’s Rolex 24 in LMP2 is not back, two of the drivers – Eric Lux and Devlin DeFrancesco – have joined Rick Ware Racing in the No. 51 ORECA LMP2 07 along with co-drivers Austin Cindric (the 2022 Daytona 500 winner) and Pietro Fittipaldi (Formula 1 test driver). The No. 74 Riley Motorsports Ligier JS P320 is back to defend its LMP3 victory, including two of the drivers from a year ago, Gar Robinson and Felipe Fraga.

The No. 9 Pfaff Motorsports Porsche 911 GT3 R won a thrilling GTD PRO race last year and returns but with a completely new driver lineup, although all three drivers who won for the team last year – Matt Campbell, Mathieu Jaminet and Felipe Nasr – are in this year’s race as part of Porsche Penske Motorsport’s GTP squad. They’ve been replaced in the No. 9 Pfaff Porsche by Klaus Bachler, Patrick Pilet and Laurens Vanthoor. Vanthoor helped guide the No. 9 to the 2021 GTD championship.

Wright Motorsports made it a Porsche sweep in the GT classes a year ago, winning in GTD. The No. 16 Wright entry has all three of its drivers back – Ryan Hardwick, Jan Heylen and Zacharie Robichon – and added Dennis Olsen as a fourth wheelman this year.

Practice Makes Perfect: Five WeatherTech test sessions are scheduled for Jan. 20-21, with qualifying the series’ only on-track action on Jan. 22. In addition to the WeatherTech Championship, the IMSA Michelin Pilot Challenge will use the weekend for testing and the new IMSA VP Racing SportsCar Challenge will debut with a pair of 45-minute races. 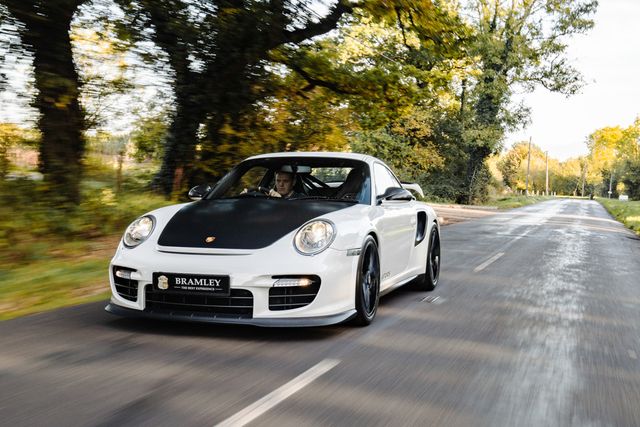