Charged with promoting the Shell BP Mex brands via motorsport, Bryan Turle was somewhat thrown by Jaguar's decision not to field a Works team for the 1957 season. Conscious that rival Esso had Aston Martin and Ecurie Ecosse under contract, he sought to convince Lister its next move should be to challenge for outright victories (as opposed to class wins) in the World Sports Car Championship as well as at various unlimited capacity International events. Attracted by the prospect of major sponsorship, Brian Lister lost little time in concluding an engine supply deal with Jaguar. Debuting at Snetterton on 31st March 1957, the first `official' Lister-Jaguar took pole position and set fastest lap (though clutch failure denied it victory). The following month, the new car proved itself the class of the field with dominant overall victories at both the British Empire Trophy race (Oulton Park) and the Easter Monday Sussex Trophy race (Goodwood). Capable of showing a clean pair of exhaust pipes to both the ageing Jaguar D-type and new Aston Martin DBR1, the Lister-Jaguar was quite simply a revelation.

Boasting a ten percent reduction in frontal area despite full compliance with appendix C regulations, its 1958 successor was styled (at least in part) by the artist Cavendish Morton. A riot of swooping wheel arches and air scoops punctuated by a pronounced bonnet bulge and low-set windscreen, it was affectionately christened the `Knobbly'. Upgraded with a 3.8 litre version of Jaguar's legendary XK DOHC unit (though it could be had with a WSCC compliant 3.0 litre), the newcomer maintained Lister's performance advantage. Thus, when after four successive wins Scott-Brown was beaten into second place at the May Silverstone meeting, it was by another `Knobbly' mounted driver, namely Ecurie Ecosse's Masten Gregory (the rivalry between these two tragically cost Scott-Brown his life a fortnight later at the Belgian Sports Car Grand Prix). The Scottish team was not alone in its appreciation of the new car, Briggs Cunningham using his pair to devastating effect in both the 1958 and 1959 SCCA Championships, while Stirling Moss piloted another of the seventeen production examples reputedly made to win the sports car race at the 1958 British GP.

The proprietor of a successful car spares and tuning business in Chesterfield, Derbyshire, Eike Wellhausen has been racing for half a century or more. Initially competing aboard various single-seaters and a ModSports Jaguar E-Type, he is best known as a Lister Jaguar Knobbly exponent. In addition to owning a genuine example, he has constructed (and raced) several Evocations over the years. One such machine, this highly authentic-looking Evocation was completed in 1996 using a 1970 Jaguar E-Type that had been registered to John Gregson of Classic English Racing Automobiles / Proteus as a donor car (an accompanying expired MOT certificate issued on September 4th that year lists the mileage as 18). Intended for road use and thus equipped with a handbrake mechanism etc, the two-seater was purchased from Mr Wellhausen by enthusiast Richard Penney in late 1999. Determined to make the sports racer as convincing as possible, Mr Penney had it rebodied in aluminium by coachbuilder Michael Riley. Still recorded with the DVLA under its donor identity, the Evocation is nicely detailed throughout with a faux ‘dry sump’ system and Dunlop ‘peg drive’ 15x7J alloy wheels.

Very sparingly used over the last decade or so and only relinquished by Mr Penney due to ill health, ‘ONK 789H’ is thought to have covered less than 3,000 miles since its Knobbly transformation. Featuring a multi-tubular chassis equipped with rack and pinion steering, all-round independent suspension and four-wheel disc brakes, the Evocation is powered by a tuned 3.8 litre XK DOHC straight-six engine allied to four-speed manual transmission. Starting readily upon inspection, it is described by the vendor as being in ‘very good overall’ condition with regards to its engine, gearbox, electrical equipment, bodywork and paintwork (while, the interior trim is deemed ‘good’). An invigorating fast road car that is potentially suitable for ‘open class’ competition events, this decidedly handsome Evocation is worthy of close inspection. Offered for sale with V5C Registration Document, bill of sale and assorted old MOTs dating back to 1996. 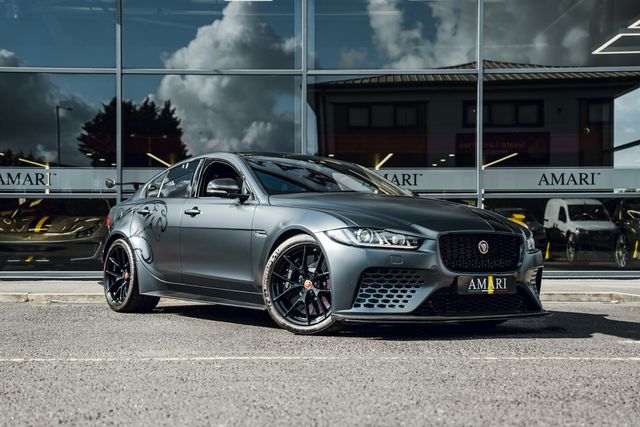