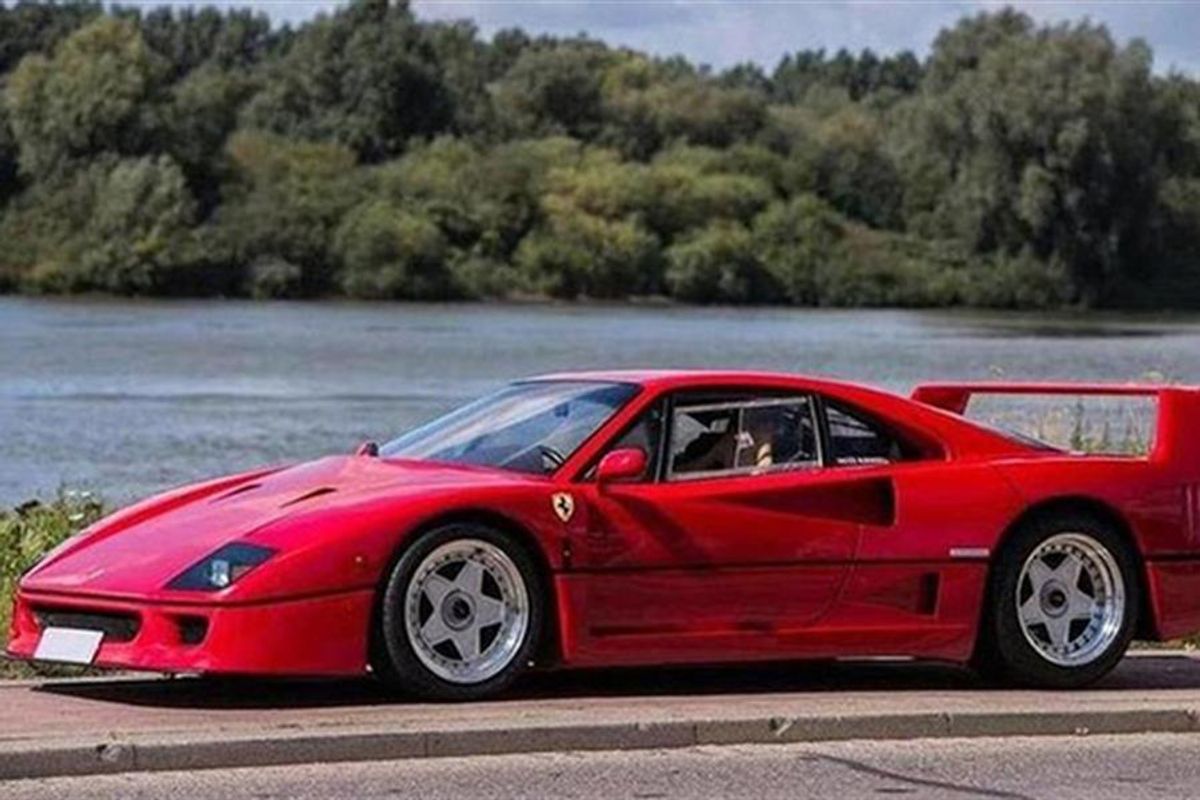 Talacrest sold this car in 1990 for £1m - after a legal battle with Nigel Mansell - a record price for an F40 which we believe still stands.

Car is to be auctioned by Bonhams on October the 10th at their Zoute Sale in Belgium.

Details on car below:

Left-hand drive chassis number '80022' was delivered to Nigel Mansell on 30th March 1989 and registered on Isle of Man plates as 'MAN 40N', Mansell being resident there at the time. Documentation relating to his ownership consists of a copy of the IoM registration book; a copy of the Calais-Dover hovercraft shipping receipt; and the warranty card in the name of Nigel Mansell dated 23/03/1989. Later that year Mansell sold the Ferrari, which passed, following a legal battle, to David McKee, who almost immediately sold it on to John Collins of Talacrest Ltd (receipt on file). The car also comes with a 1990 road test report by Maranello Concessionaires; correspondence between Messrs Collins and McKee; and a copy of the judgement in the aforementioned trial.

During the 1990s the car passed through the hands of a select group of anonymous collectors before re-emerging in 2003 in the ownership of a M Hamon in France (copy of invoice on file). In 2005 the F40 was sold to the Ferrari specialist dealer Dominique Verbaere of Seclin, Northern France. The car was registered '301 BXT 59' and, as one would expect, was fastidiously maintained and mechanically updated. There are numerous invoices on file for work carried out by Verbaere Automobiles between 2005 and 2012, including one for replacing the clutch in 2007 (at 32,419 kilometres) and another for a major service in January 2012 when the cam belts and water pump were replaced (at 35,800 kilometres). Prior to Dominique Verbeare's ownership the fuel tanks had been replaced (in 2003, invoice available). Verbaere kept the car until February 2012 when it passed to the current owner, who has driven it only 400 kilometres since acquisition. The current odometer reading - believed genuine - is only 36,435 kilometres (approximately 22,600 miles).

Accompanying Ferrari Classische certification (issued in 2008) confirms that the car retains its original colour (Rosso Corsa), chassis and body (both never repaired), engine, gearbox, wheels, Koni suspension and Brembo brakes. The only significant change in specification concerns the interior, originally trimmed in red cloth, which has been re-upholstered in beige leather. Additional documentation consists of cancelled French registration papers (2005) and the car also comes with its original tool kit. Described as in generally excellent condition and 'on the button', this beautiful F40 represents a wonderful opportunity to own an historic Ferrari, highly desirable in its own right, made all the more so by its association with one of Formula 1's most charismatic World Champions.

Click here for the auction listing on this Ferrari F40