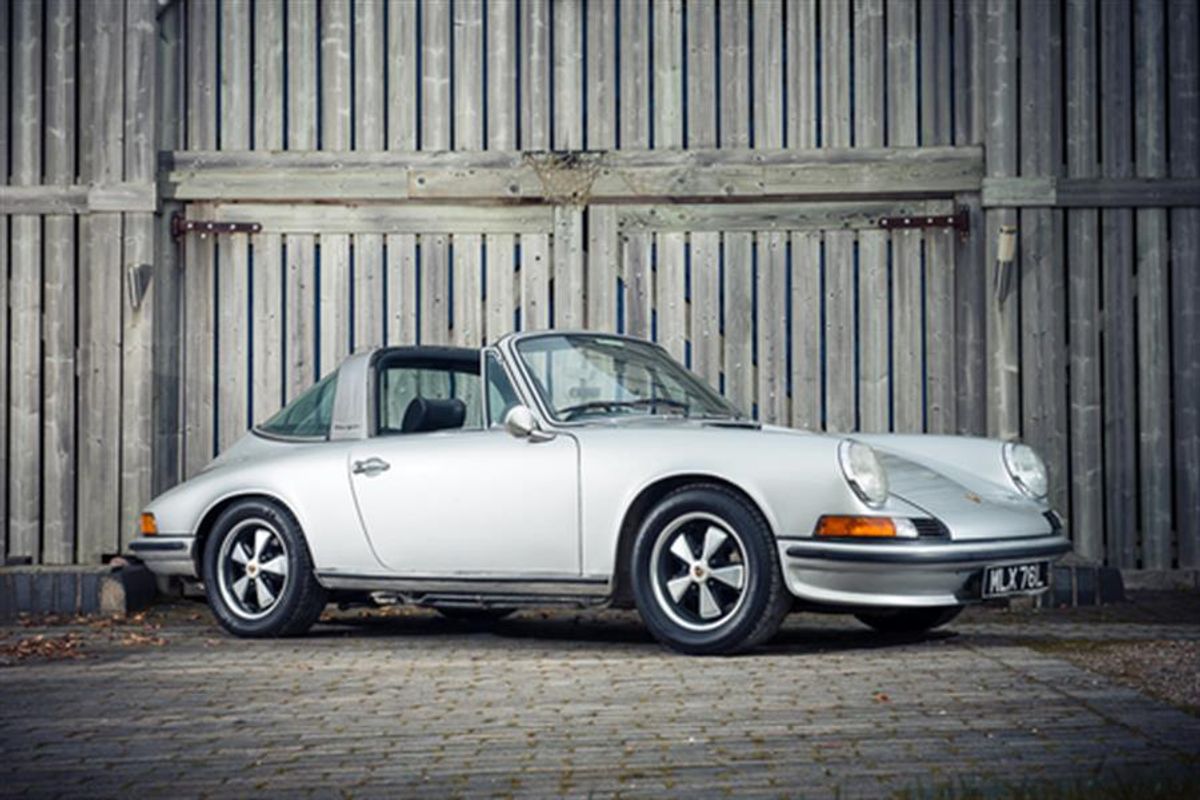 There’s still more than eight weeks to go until our two day sale at Race Retro begins but we’ve already consigned a number of fantastic cars into the auction.

One of our biggest sales in the calendar, Race Retro is Europe’s premier historic motorsport show and hosts thousands of classic car and motorsport enthusiasts every year.

We’re now inviting quality consignments into the sale taking place at Stoneleigh Park, Warwickshire. Although the catalogue closes on January 27th, we would encourage you to get in touch with us soon so your car can benefit from extensive pre-sale marketing and PR.

The Porsche 911S represented the pinnacle of Stuttgart’s sportscar program in the early 1970s, bettered only in performance terms by the 2.7RS.

Offered here is a 1973 Porsche 911S Targa finished in its original colour of Silver Metallic (8010) with black interior and one of the final ‘F' series 911s. The Porsche letter of Authenticity confirms it to have matching engine numbers. The comprehensive history file picks up with a Mr Kwan acquiring the Targa in 1978 and selling on to Mr Peter Lee in 1984. There is a continuous line of service history from then along with every MoT Certificate.

Many classic car publications are now predicting a rise in Targa values and so this very usable example offers a great opportunity to invest. The 911S derivatives are a benchmark car and the possibility of taking this car to another level of presentation exist.

Offered here is a stunning Texaco-liveried Sierra Cosworth that has campaigned with significant success in the 2013 and 2014 Classic Touring Cars Racing Club (CTRC) pre-'93 Touring Car series. According to marque specialists Oakfields, who offered their knowledge and assistance during the build, it is believed to be the last known genuine, right-hand drive 909 Sierra shell in existence.

Presented in superb order throughout, the car has just finished the 2014 season, which it won outright in October at Spa. However, during its time with the current owner it crucially avoided any 'racing incidents' and the bodywork and finish remain excellent. A full set of its results can be found at: http://classictouringcars.com/dates.html.

Even if possible, it would cost well in excess of £100,000 to build a car to this standard and specification today. Evidently, this Sierra Cosworth is a front-running, ready to race car that epitomises a great era in Motorsport history.

The 993 series is well placed in the 911 spectrum, encapsulating the unmistakable magic and unique feel of the air cooled era whilst offering a modern yet involving driving experience.

The car has just been serviced by well-respected Porsche specialists RS 911 in Wales and is supplied with a full condition report from them and almost one year's MoT. The 993 model continues to represent classic 911 styling with a refined mechanical edge, allowing these cars to increase in both popularity and desirability.

Classic to sell? To discuss an entry into our two-day sale at Race Retro please contact one of our team on 01926 691141 or email enquiries@silverstoneauctions.com.

Dates for your diary...