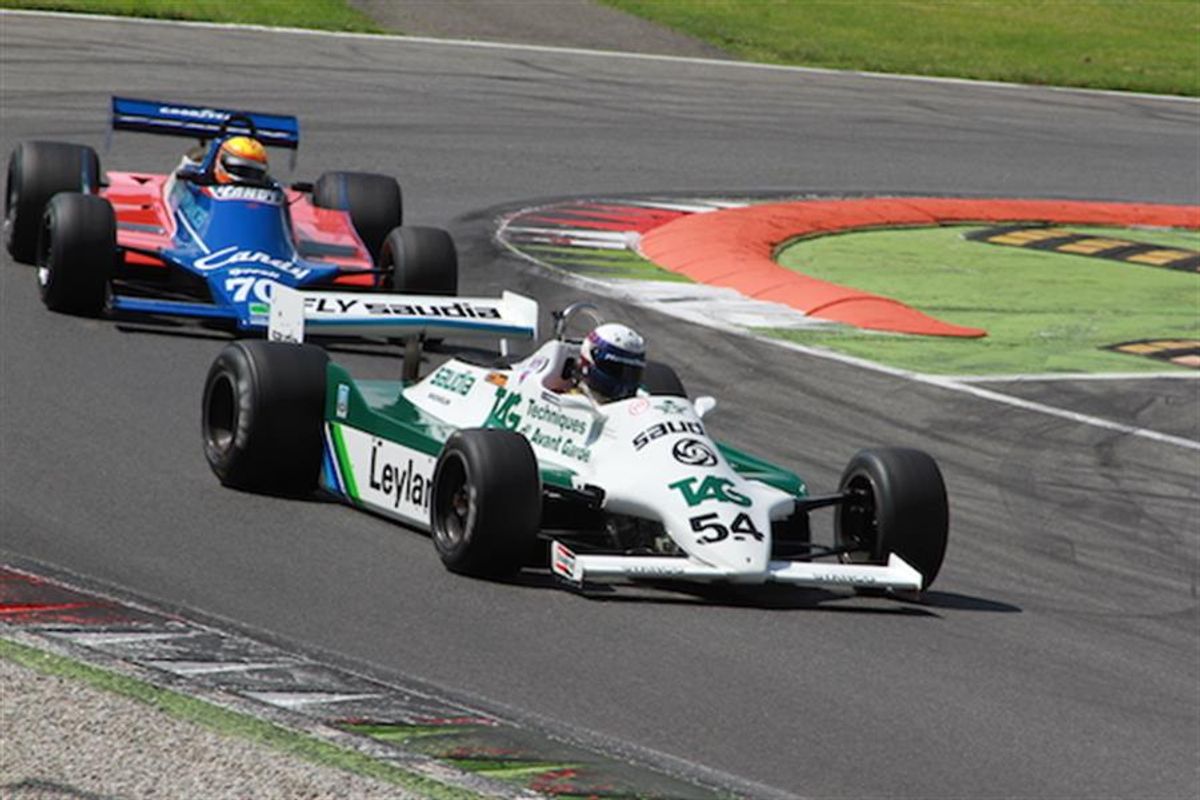 Loic Deman conquered allcomers as he won both thrilling FIA Masters Historic Formula One Championship races at Masters Historic Racing’s first trip to Monza. Deman was the star of the FIA Masters Historic Formula One Championship as his Tyrrell 010 stormed to two wins. His race one win came after a race-long duel with local hero Paolo Barilla (Williams FW07) with the partisan crowd cheering on the former Le Mans winner. With pole man Steve Hartley (Arrows A4) forced to start from the pit lane after a late tyre change, it was left to Deman and Barilla to fight it out for honours with Barilla assuming control until his fuel pressure dropped on the last lap, handing honours to Deman. Simon Fish (Ensign N180) bagged second from Stefano di Fulvio (Tyrrell 012) with the best of the Pre-78 runners being Jason Wright (Shadow DN8). With Barilla condemned to row eight after his problems in race one, Deman was able to build a cushion in the second duel chased by di Fulvio and Andy Wolfe (Tyrrell 011), while Barilla made it up to fifth behind Joaquin Folch (Brabham BT49C). Italian-domiciled American Jason Wright also claimed a double top as he scooped a second win in the Pre-78 division, his Shadow fending off Mark Higson (March 761) and Rick Carlino (Hesketh 308C). Lola T70 Mk3Bs secured honours in the FIA Masters Historic Sports Car Championship double-header, with Leo Voyazides taking race one success after snatching the lead away from the quick-starting Martin O’Connell (Chevron B19). Once ahead, Voyazides wasn’t to be denied, O’Connell hanging on to second ahead of Jason Wright who guided his T70 to third. A feisty drive to sixth came from Paul Gibson’s continuation T70, the former Clubmans ace carving his way through from the tail end of the grid after he was excluded from qualifying for failing the ride height test. Pre-66 honours fell to local Carlo Incerti (McLaren M1B) ahead of Nick Adams (Lola T70 Mk1 Spyder) after Billy Bellinger was forced to retire Keith Ahlers’ usually-reliable Cooper-Monaco with exhaust dramas. Simon Hadfield handled Voyazides’ Lola in race two and dominated until fuel issues slowed him on the last lap handing the win to Wright who had to battle past O’Connell and Gibson for position. A combined Gentlemen Drivers Pre-66 GT and Pre-66 Touring Car grid was full of variety and morphed into an AC Cobra fight for overall honours as Rob Hall (in for Andy Wills) and Andy Wolfe (in for Michael Gans) fought it out in the second stint, with Hall securing the win from Wolfe, while Jamie Boot (TVR Griffith) went solo for third. Up to 2-litre laurels went to Ron Maydon/James Hagan (Ginetta G4). The Touring Car race was a Ford Mustang fight as Chris Beighton fought race-long with local favourite Enrico Spaggiari, but the Brit hung on to score honours.