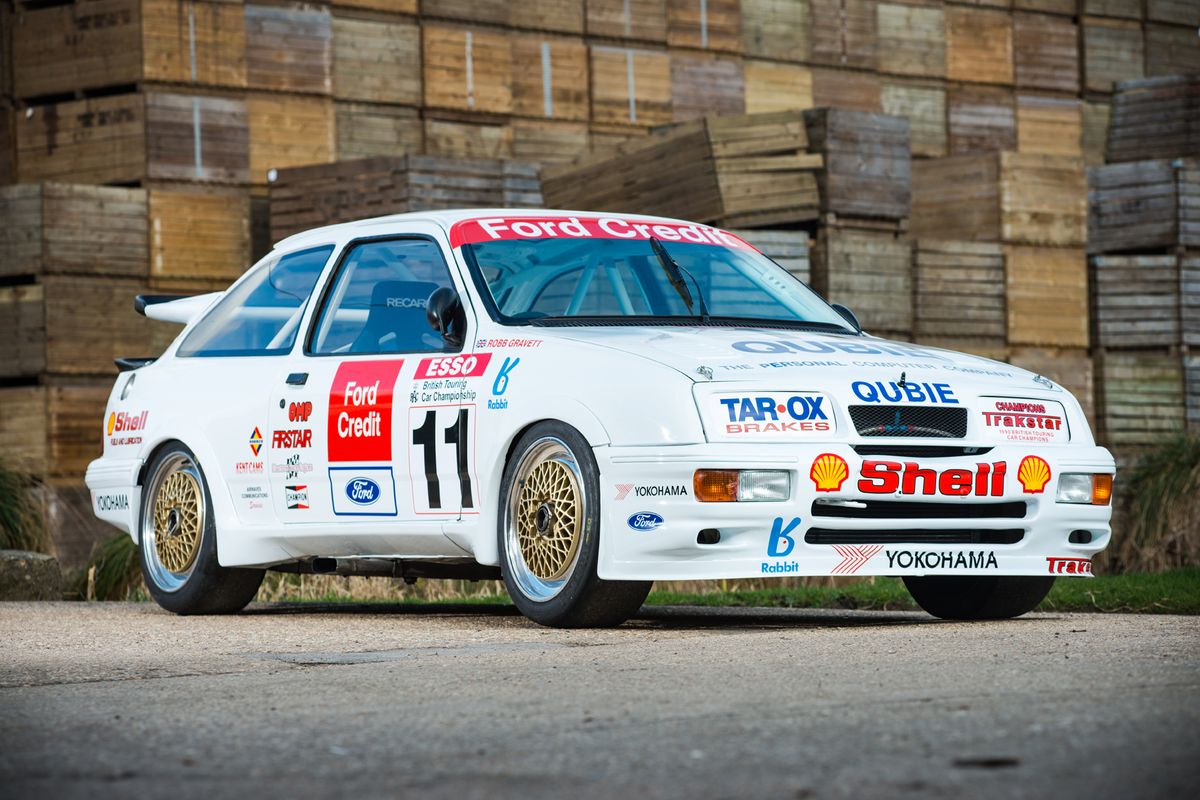 This important part of BTCC history will headline the Silverstone Auctions Race Retro Competition Car Sale at Stoneleigh Park in Warwickshire on 23rd February and is estimated at between £175,000 to £220,000.

“For the long distance two-driver races Robb was supported by Stig Blomqvist at Donnington and the late and great Mike Smith at Brands Hatch.

“It was perfect harmony between man and machine, and perhaps no surprise that the championship-winning Cosworth also smashed numerous records along the way.

“Now it is being publicly offered for sale for the very first time after being in storage for 20 years. The Silverstone Auctions Race Retro Competition Car Sale on the 23rd February at Stoneleigh Park in Warwickshire is an opportunity not to be missed.”

Chassis number MTRS01 competed under the team Trackstar banner, formed by Mike Smith in 1989 together with ex-Prodive team manager Malcolm Swetnam and Robb Gravett, with the sole ambition of winning the BTCC championship. It turned out to be aa devastating combination.

The Cosworth was fitted with a new shell and used the running gear from the previous year Dick Johnson car, together with all the ‘trick bits’ including Eggenberger suspension, a Getrag 5-speed dog gear box and a top-spec Mountune RS500 engine, producing 500bhp. The result was a record-breaking season with nine wins, eight pole positions and eight fastest laps.

Now back in its impressive 1990 livery, this awesome machine is eligible to race in the HSCC ‘Supertourers’, the Grand Prix Legends Touring Car Challenge, as well as numerous other prestigious events.

Nick added: “The roll of honour for this Cosworth is truly impressive and it has cemented its place in BTCC history. Adding to the provenance of this car is that in 1991 the new 2-litre cars took over, making 1990 a glorious swansong for this championship winning RS500.”