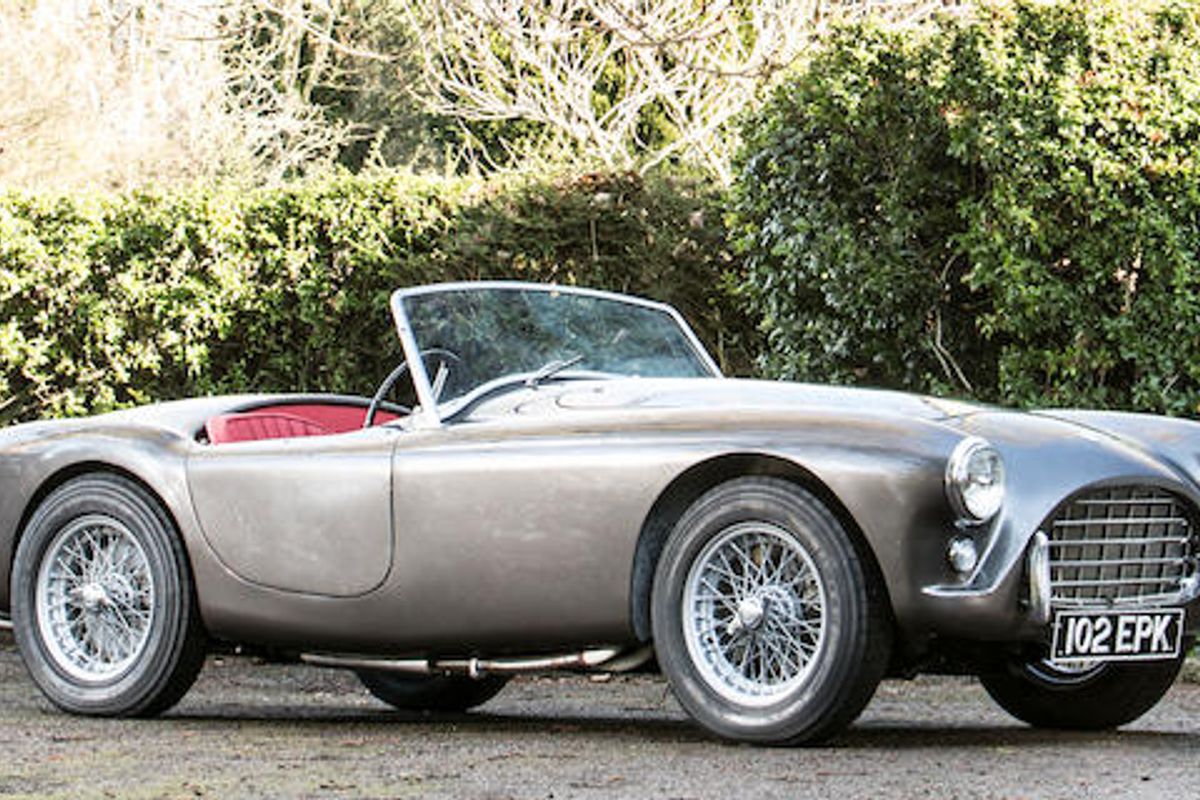 'Of them all, the Ace was the truest sports car: it could be used for daily commuting or for high-speed long-distance touring, but it could also be driven to a race meeting, campaigned with distinction, and driven home again - even if that race was the Le Mans 24 Hours.' - AC Heritage, Simon Taylor & Peter Burn.

An influential and widely imitated design, the AC Ace (and its Cobra derivative) could trace its origins back to a one-off sports-racer built by chassis engineer John Tojeiro for Cliff Davis in 1952. The success of Davis' Tojeiro sports-racer prompted AC Cars to acquire the rights to the design, which was put into production in 1954 as the Ace. The Davis car's pretty Ferrari 166-inspired barchetta bodywork was retained, as was Tojeiro's twin-tube ladder frame chassis and Cooper-influenced all-independent suspension, but the power unit was AC's own venerable, 2.0-litre, long-stroke six. Designed by AC co-founder John Weller, this overhead-camshaft engine had originated in 1919, and with a modest 80bhp (later 100bhp) on tap, endowed the Ace with respectable, if not outstanding, performance. Nevertheless, in tuned form the Ace enjoyed great success in production sports car racing, winning its class at the Le Mans 24-Hour Race in 1959. In 1955 AC added a hardtop version - the fastback-styled Aceca - and both models later became available with the more powerful Bristol engine before production ceased in 1963. Towards the end of production the Ace was also available with the 2.6-litre overhead-valve Ford Zephyr engine installed. Only 223 cars were delivered with the 2.0-litre AC engine compared with 463 Bristol-engined cars and a further 37 Ford-powered examples.

The example offered here – chassis number 'AE 413' - was the second of a small run of five AC-engined Aces completed in the early part of 1958. During this year only 21 were manufactured in total: seven for the home market and 14 being exported. 'AE 413' was finished in Black Pearl and trimmed in red leather, while the original engine was 'CL2321W' (currently 'CL2314'). Ex works on 1st February 1958, the Ace was sold new by Rudds of Worthing to one N D Petit.
It is known that the '102 EPK' belonged to Martyn Alexander Clemence of Weybridge, Surrey (later Littlewick Green, Berkshire) from August 1970 until 1992, and then to Alexander Clemence of Maidenhead, Berkshire (possibly the same individual or a relative) from 1992 until around 1996 when it was purchased by John Davison.

The car was subsequently fully restored by him between 2007 and 2015. Works undertaken include repainting the body and rebuilding the engine, gearbox, and (apparently) the rear axle. In addition, the braking system was renewed and new MWS wire wheels fitted, shod with new tyres. Items requiring attention to complete the restoration include the convertible hood and tonneau cover (the originals are available to use as patterns). There are photographs of the restoration on file but no bills.
A design classic in its earliest and purest form, this beautiful AC Ace is offered with an old-style continuation logbook, V5C Registration Certificate, and an original owner's handbook.