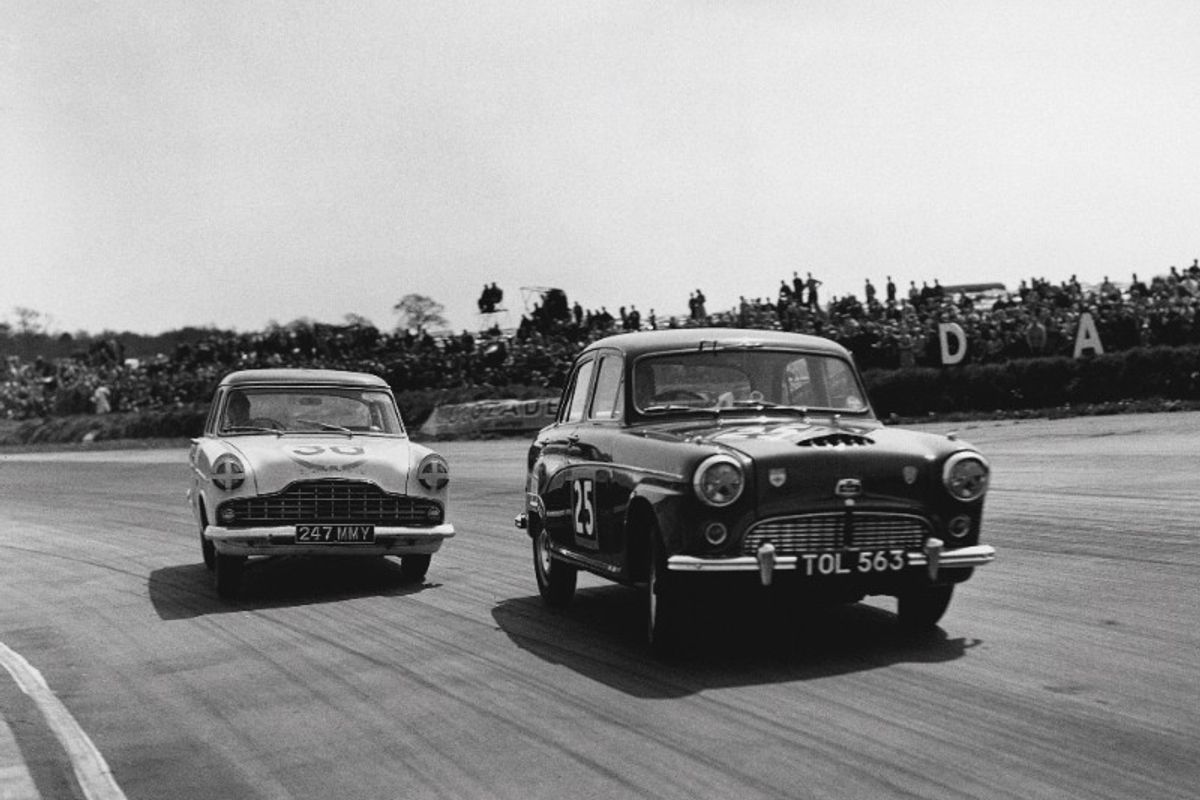 Plans to celebrate 60 years of the evergreen and ever-popular MSA British Touring Car Championship at this summer’s Silverstone Classic (20-22 July) have moved up yet another gear with confirmation of a special track parade on Tin Top Sunday.

Marking the series’ Diamond Jubilee, Sunday’s packed race programme already includes no fewer than four epic retro showdowns featuring more than 150 cars that have competed in Britain’s most popular national championship over the past six decades. The remarkable racing legacy still competing today ranges from the giant-killing Minis, legendary Lotus Cortinas and mighty US muscle cars of the sixties right up to the high-tech Super Tourers of the nineties and beyond.

Adding to the celebrations, the most iconic cars from these spectacular encounters will be selected to join an exclusive BTCC Diamond Jubilee showcase which will take to the famous Silverstone Grand Prix circuit at lunchtime on Tin Top Sunday.

Fittingly, the anniversary parade will feature 60 iconic BTCC cars and be fronted by an Austin Westminster and the Adrian Flux sponsored Subaru Levorg as raced respectively by the late Jack Sears and Ash Sutton to win the very first BTCC crown in 1958 and the latest in 2017.

The historic collection will also include a number of significant BTCC cars not racing at the Classic – such as Frank Gardner’s title winning Alan Mann-prepared Ford Escort from 1968  – as well as a large number of past and present drivers including double champions John Cleland  and Jason Plato , the latter the most victorious BTCC driver of all times with an unrivalled 97 race wins.

“Saloon car racing has always been massively popular here in the UK and this incredible parade will not only stir up lots of great memories but mark the timeless BTCC’s 60th birthday in terrific style,” said Nick Wigley, CEO of Goose Live Events, organiser of the Silverstone Classic. “We have already invited a number of noteworthy stars and cars to join us for these very special celebrations and would love to include all those who’ve played a role in creating what to this day is one of the best-loved and widely-watched championships in the world.”

Marking the occasion, a special one-off photo call is also being organised for all the many past and present BTCC drivers attending the Classic. This will take place in the International Paddock immediately before the dazzling Diamond Anniversary Parade takes to the hallowed circuit.

“We are delighted that the Silverstone Classic is saluting the BTCC’s diamond anniversary with what’s clearly going to be a magnificent gathering of stars and cars from the past 60 years,” said Alan Gow, Series Director of the BTCC. “The BTCC has a remarkable history and this great parade will not only put the spotlight on much of that wonderful heritage but also act as the perfect curtain-raiser to our own one-off Diamond Double 60-mile race taking place the following weekend at Snetterton.”

What’s more, those wishing to attend this summer’s Silverstone Classic can still take advantage of a range of Early Bird offers. All tickets for the Silverstone Classic must be purchased in advance and, for those buying before 31 March, adult admission begins at £37.

Once again, all tickets will provide access to both Silverstone racing paddocks, all open trackside grandstands, live music concerts, air shows, Drive Live test drives, funfair rides and the vast majority of the family entertainment on offer. Options on camping and hospitality are also available.