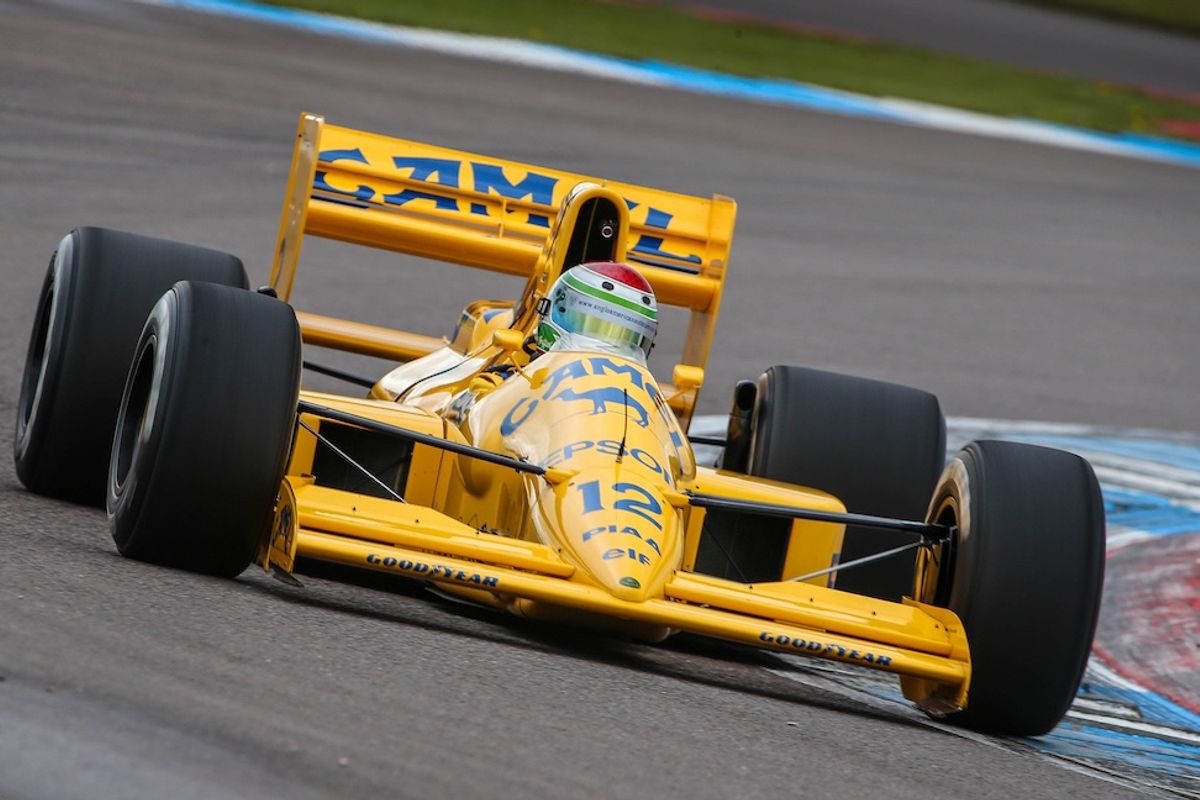 One of the most memorable events in the history of Donington Park, the rain-soaked 1993 European Grand Prix, will be celebrated at this year’s Donington Historic Festival (May 4, 5 and 6) with on-track F1 car demonstrations on the Saturday and Sunday of the event, plus static displays on all three days. In addition, DHF visitors will be invited to get involved by sharing their own memories of the race before and during the Festival.

The 25th anniversary activities add a further exciting dimension to the event at which visitors will enjoy three days of world-class historic motorsport from an outstanding line-up of grids featuring an incredibly diverse range of racing machines spanning nine decades.

The Festival’s anniversary theme celebrates that unforgettable day in April 1993, when the crowds flocked to Donington Park as the circuit played host to its first Grand Prix in 55 years. Torrential rain made the track treacherous as, starting from 4th position, Ayrton Senna battled it out with Alain Prost, Damon Hill and Michael Schumacher to win by an incredible 80 seconds.

The F1 cars on show pay tribute in particular to Ayrton Senna, and were either driven by him or against him during his career up to 1993. They include:
* The Toleman TG-184-01 Hart Turbo in which Senna caused a sensation for Friday practice at the 1984 British GP
* A Camel Lotus/Judd 101/3 campaigned in 1989 by Nelson Piquet and Satoru Nakajima
* Gerhard Berger’s 1992 Canadian GP-winning McLaren MP4/7A-8 (courtesy of the Donington Collection museum)
* A 1993 Benetton B193B raced that year by Michael Schumacher and Riccardo Patrese
* The McLaren MP4/8 that was Senna’s test car for the 1993 Donington Park race (courtesy of the Donington Collection museum)

This gorgeous grid is for genuine pre-66 GT cars and pre-63 sports-racing cars of a type that was raced in the World Endurance Championship in period. Grids feature some really glamorous machines such as Lightweight E-type and Ferrari 250 GT Berlinettas. You can see them qualifying at 14.20 on Friday, May 4, and then immerse yourself in an epic two-hour race from 10.40 on Sunday, May 6.

Yet more stunning GT cars will take to the track in this sumptuous race series, which features such iconic machines as Short Wheelbase Ferraris, DB4GT Astons, AC Aces, MGA Twincams, SZ Alfas, Lotus Elites and E-type Jaguars – all to genuine pre-1963 specification. We're delighted to welcome this incredible grid back to DHF, and you can see them opening the qualifying action at 9.10 on Friday May 4, and in a 60-minute race at 10.20 on Saturday, May 5.

Advance discounted tickets
Online tickets offer great discounts over buying on the gate, starting at £10 for the Friday qualifying day (£15 on the gate). Children aged under 13 are admitted for free and there are discounted tickets for teenagers aged 13-15.  Car parking is free, and owners of pre-1990 classics who are not attending with one of the registered clubs can request a free infield display parking pass when they book their tickets.