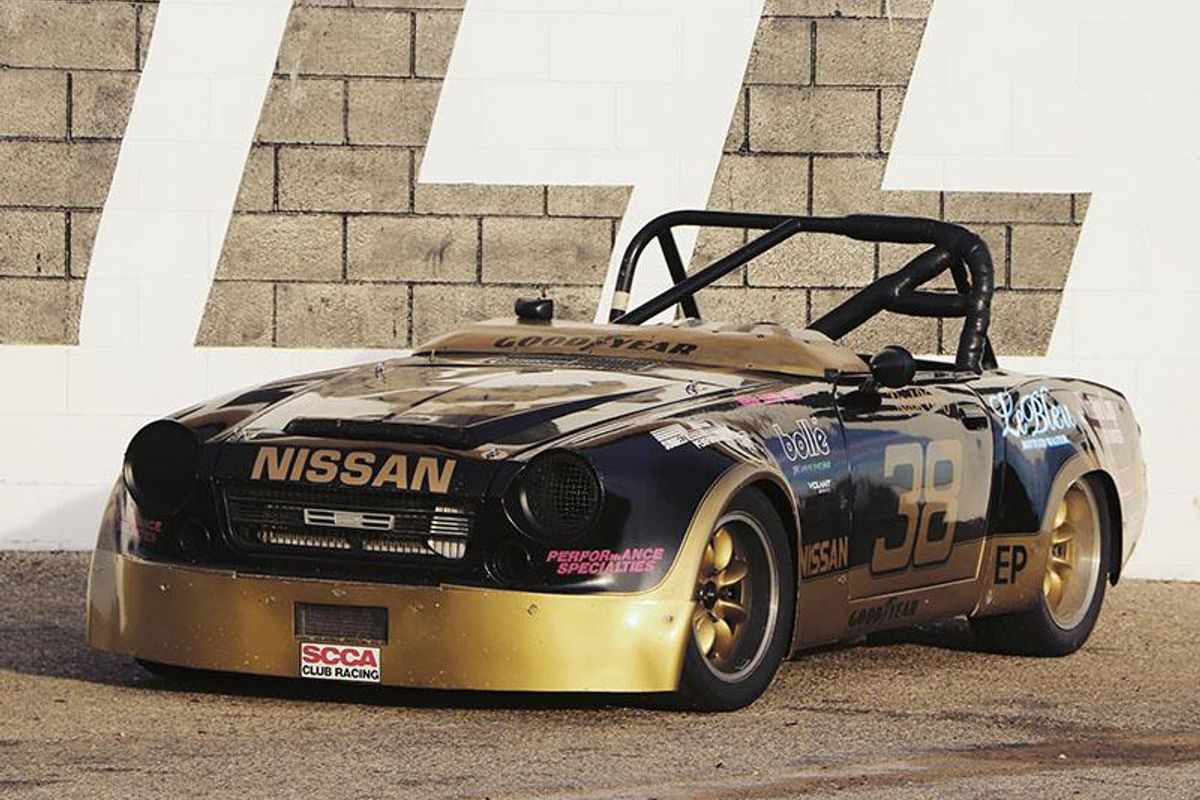 A strong entry of more than 50 Nissans and Datsuns representing the last 50 years of the brand's accomplished motorsports history in the United States is headed to the 41st HSR Classic Motorsports Mitty presented by Hagerty next week at Road Atlanta, April 26 - 29.

The featured marque of this year's HSR Classic Motorsports Mitty, Nissans and Datsuns from all over the U.S. will soon arrive in Road Atlanta, including a solid representation of West Coast based race cars and teams that have already started the cross-country trek.

Three notable California-based entries coming to The Mitty include an ex-FAR Performance No. 39 1971 Datsun 240Z now owned and raced by Glenn Chiou, the former Rock Vest-raced No. 38 1968 Datsun SRL311 of Michael Anderson, and a factory-built No. 93 1971 Datsun 510 B-Sedan entry from David Stone.

Chiou's 240Z has been a race car since rolling off the Datsun production line in 1971 and has been driven in competition consistently for the past 45-plus years. The Z was most notably raced by Walt Maas and Rob McFarlin of Bay Area Datsun Dealers and FAR Performance, which originally built the car. Loren St. Lawrence later successfully campaigned the Datsun in its prime in the Northwest in VIP'S Restaurant colors, the same livery that the 240Z carries today and next weekend at the HSR Classic Motorsports Mitty. The Z is coming back to Road Atlanta after last appearing in the 1982 SCCA Runoffs at the Georgia track.

Originally run by Andy Vargo in D Production, the SRL311 was later campaigned by Vest, who drove the Datsun roadster throughout the Southeast in the 1980s and into the 1990s, winning over 60 races. Current owner Anderson has returned the well-preserved SRL - which were also known as Datsun 2000s - to race-ready conditions. He brings the Datsun back to Road Atlanta for the HSR Classic Motorsports Mitty for the first time since Vest and the black-and-gold roadster were perennial E Production contenders in the SCCA Runoffs in the late 1980s and early 1990s.

A factory-supported effort originally driven and built by Dave Frellsen for Datsun, Stone's No. 93 B Sedan 510 was raced almost continuously from 1972 through 1994. The 510's impressive string of competition history includes six-straight SCCA Runoffs appearances at Road Atlanta from 1972 - 1977, including a 1973 B Sedan National Championship with Frellsen.

Among the other standout cars at The Mitty from the Nissan/Datsun families will be the unique No. 9 1971 Nissan Skyline GT-R C10 that will be raced by owner and driver Alex McDowell. Skyline was first created by the Prince Motor Company in Japan in the 1950s and the brand name continued after Prince and Nissan merged in 1967. Nissan Skyline offers a complete line of production passenger cars but its GT-R models have long been popular with Nissan enthusiasts around the world. McDowell's Skyline is among the first generation of GT-Rs produced and should be a crowd favorite at the Mitty.

Fans of more recent Nissan high-performance machines will have a different kind of GT-R to follow at The Mitty. The No. 112 2009 Nissan GT-R of Dave Roberts has made its mark in both World Challenge competition and in the legendary Pikes Peak Hill Climb. Winning sports car driver Mike Skeen won his class and Rookie of the Year honors in this GT-R in 2014 at Pikes Peak, one of just a handful of competitors that year to ascend the hill in under 10 minutes.

All of these entries and more will be eligible to compete in Saturday's Nissan/Datsun Feature race that is scheduled to start at 1:10 p.m. EDT. This showcase race for all entered Nissan/Datsun entries is just one event in a jam-packed schedule of 10 feature races and B.R.M. Enduros that will be held throughout the Mitty weekend.

The event schedule also features doubleheader WeatherTech Sprints for all Run Groups. WeatherTech Rounds 1 take place Saturday afternoon while the second and final sprints will close out The Mitty schedule on Sunday afternoon.