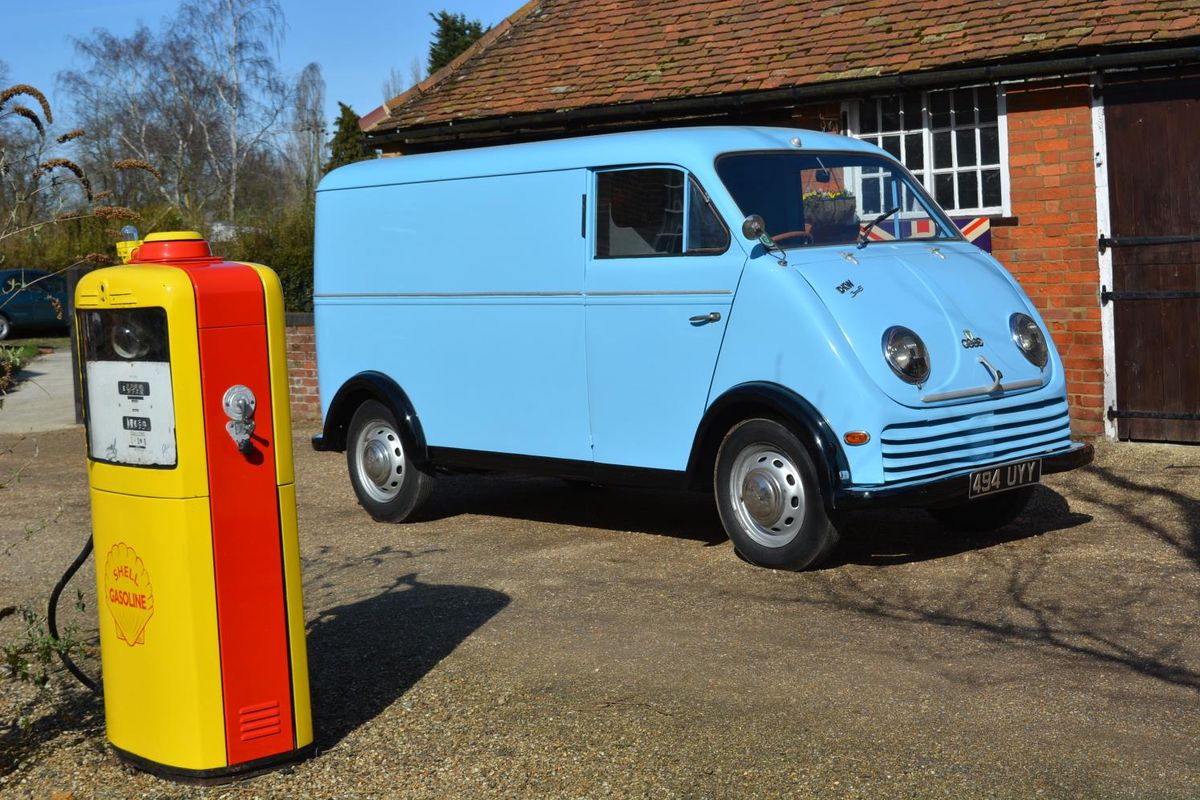 Very rarely seen on today’s road, the characterful commercial vehicle is one of only 3,727 vans and pick-ups built by the Auto Union, which went on to become Audi, and has lead a well-travelled life around the globe.

Nigel Gough, classic car specialist, Classic Car Auctions said, “I doubt many people have seen one of these in their time! This van has so much charm and character, as well as a fascinating past, and it’s a brilliant find given how few are left today.”

The ‘Rapid Transporter’, capable of achieving a maximum speed of 43mph, was a pioneer of one-box front wheel engineering in its day. What it lacked in speed it offered in space, with an unparalleled cargo area for a van of its size as well as a flat loading floor only 40 cm (16 in) off the ground, as well as a generous weight carrying capacity.

This particular right-hand drive model began its life in Southern Rhodesia (now Zimbabwe) and then travelled to South Africa before being imported into the UK in 2017. When first registered in the UK the Schnellaster had only 17,000 miles on the clock.

Today it has undergone a cosmetic refurbishment but has retained many original parts, apart from the original pine wooden floor which has been replaced with a ‘Rhino’ floor. Presented in a delightful shade of light blue with a grey vinyl interior it will be offered at auction with a sale estimate of £12,000 to £15,000.

“This kind of charismatic little van is very rarely obtainable on the open market as they’re more commonly sold amongst DKW circles and clubs. Coming from Africa, this van has had an incredible life and it’s exciting to see where it will go next,” concludes Nigel.