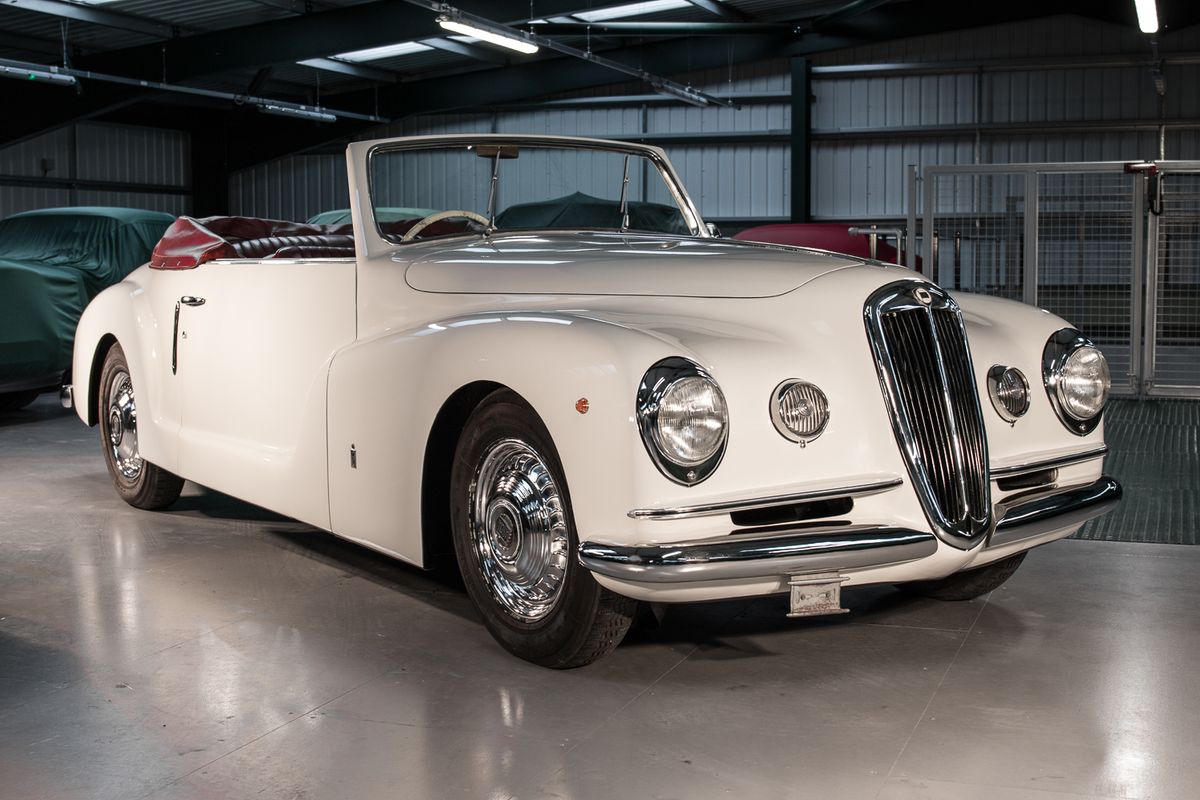 Silverstone Auctions is offering classic car enthusiasts the opportunity to own two rare Lancias at its upcoming May Sale taking place at Silverstone Circuit. A rare Lancia Aprilia Farina Cabriolet and Lancia Aurelia B20 GT Series IV will go to auction on 19th May.

Considered as one of the finest examples of Pininfarina’s post-war cabriolets, the supremely elegant Lancia Aprilia for sale is one of just ten chassis to receive the attention of Batista Farina himself.

Built in 1946 the Aprilia was first registered on the 1st January 1947 in Switzerland. By the time it reached its second owner, Jean Pierre Baumgartner, a well-known Swiss Lancia enthusiast, the Aprilia was in a sorry state having spent many years in a field, so the decision was taken to restore it, returning it to its original appearance.

The restoration was carried out over five years at the hands of a master Lancia specialist and included a bare metal respray and full interior refurbishment. The Aprilia was finished in gleaming white with a wine-red leather interior and a bespoke hood in dark blue mohair.

The Lancia was later sold to a Swiss gentleman and is now for sale from its fourth owner, who has transported the car to the UK to be offered on the open market for the first time in its life, with an auction estimate of £220,000 to £250,000.

The second of the Lancias for sale is an Aurelia B20 GT Series IV and is one of just 573 original, UK-supplied right-hand drive models built during 1954. A simply revolutionary car of its time, the design combined both luxury and performance, featuring the world's first production V6 engine.

Cared for by just five owners in its time, the Aurelia was restored in the 1990s and finished in beautiful Baby Blue (Azzuro Agnano-Celeste Aurelia) with Oatmeal upholstered interior with Tan leather piping. It and is presented today with superb bright work, new overcarpets and a Nardi wood steering wheel.

“Both of these wonderful classics are rarely available on the UK market making this an unmissable opportunity for collectors. When first built, cars of this calibre were only accessible to wealthy privateers, and today they have a whole new level of appeal,” concludes Nick.