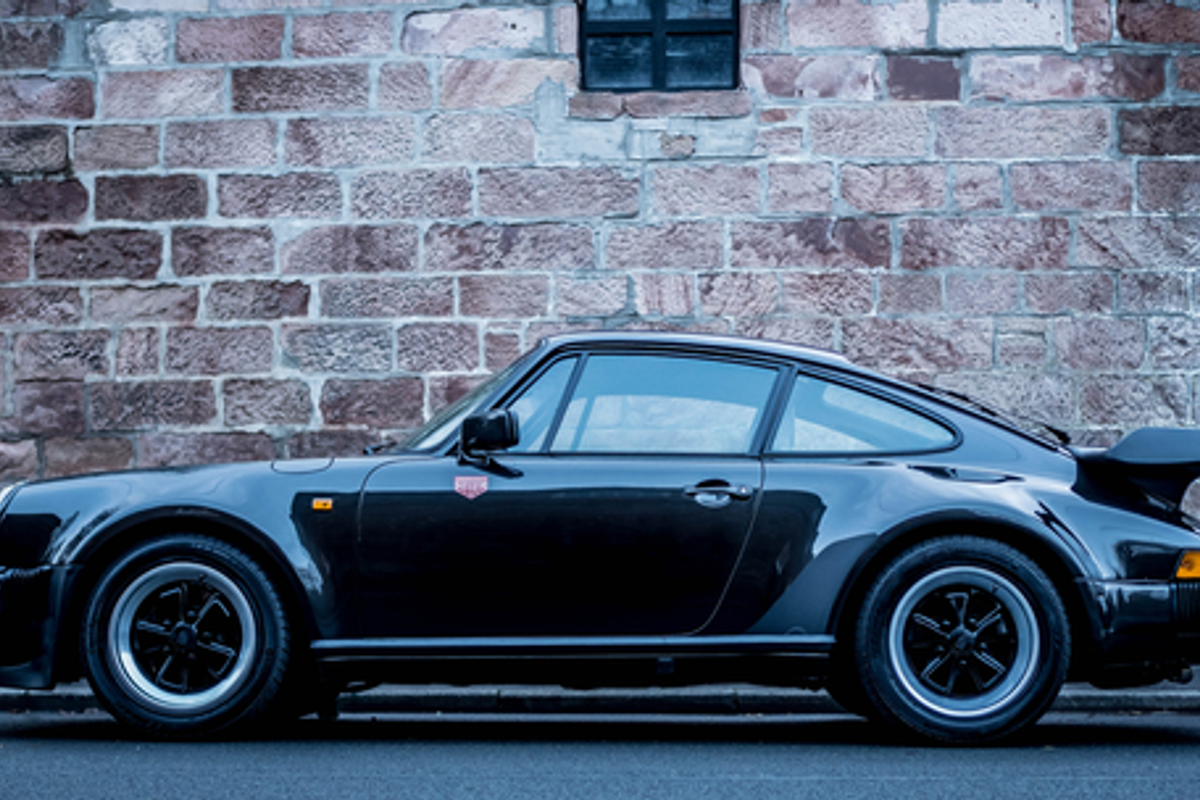 During 1977/78, Porsche increased the capacity of their 930 Turbo from 3.0 to 3.3-litres and an air-to-air intercooler was positioned under the rear spoiler. The spoiler was re-profiled and raised slightly to make room for the intercooler assembly, and this meant saying goodbye to the ‘whale-tail' and welcoming the equally distinctive ‘tea-tray'. By cooling the pressurised air charge, power was increased from 260bhp to 300bhp, bringing the 0-60 mph time down to 5.0 seconds, and the larger engine also helped reduce the turbo lag inherent in the earlier version. Porsche also upgraded the brakes to units similar to those used on their 917 race-car but was able to keep the original strengthened gearbox, which had the benefit of freeing up space inside the casing for larger and stronger gear clusters, with an impressive torque capacity of 475lbs ft.
The factory Certificate of Authenticity accompanying this 930 Turbo confirms that it was produced in November 1980, first registered on the 1st January 1981 and sold through Glen Henderson Porsche Centre. Presented in striking black metallic (A2A2) with black leather with black leather seat inlays this 80’s icon was ordered new with recoil bumpers, electric heated passenger door mirror, sports seats, air conditioning, and a sunroof.

Showing only 44,000 miles on the odometer and obviously lightly used by its four previous owners, this stunning 930 Turbo will reward any inspection. Our private vendor has carried out a recent recommission following a period of long-term storage for the car. The engine was cosmetically refreshed, the airbox was powder coated, and all hoses that were showing signs of wear were replaced. There is more information in the accompanying history file which is described as “comprehensive overall” by our vendor.