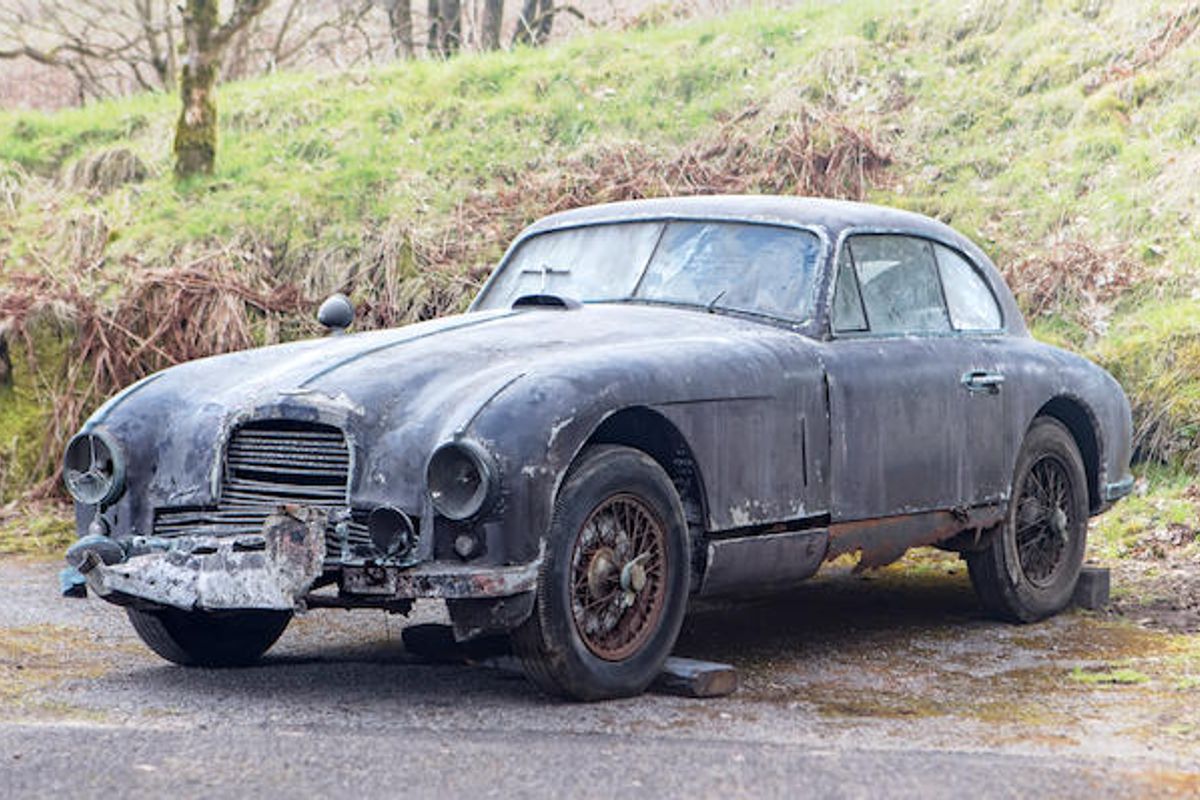 * Very early 'washboard' model
* Present ownership since 1966
* Off the road, garaged, since the late 1960s
* Offered in need of total restoration

FOOTNOTES
Its accompanying (copy) guarantee form shows that 'LXH 813' was supplied to Brooklands of Bond Street Ltd in January 1951, possibly for use as a demonstrator. Service work recorded includes a change of gearbox (in February 1951) and a second replacement gearbox in 1954. Second, third, fourth, fifth, and sixth owners are recorded also. The AMOC Register records three 1st Place finishes for 'LXH 813' in competitive events in 1952, the owner at that time being one J H Walton.

DB2 bodies were coachbuilt in the traditional manner, a situation that resulted in numerous differences between individual examples, most obviously in the treatment of the front grille. On the first 49 cars, the latter was a three-piece design, and early examples also sported gilled vents in the front wings. Cost concerns saw the former simplified as production progressed while the latter, referred to as 'washboards', were deleted. On this early 'washboard' example the bonnet has been replaced with a later type.

'LXH 813' was purchased by the current vendor in 1966 and used for approximately two years before being garaged. The car has remained garaged ever since, only moving from one garage to another. Damage to the front of the bonnet was caused many years ago when the car was being transported from one location to another. To facilitate movement, and to prevent them seizing, the brake shoes have been removed (these accompany the car).

The vendor believes that the engine has been converted to 3.0 litres in capacity from the original 2.6, and states that it has been fitted with a 'Butler' close-ratio gearbox and has Alfin brake drums all round. The radiator, which is not fitted but accompanies the vehicle, was re-cored some years ago.
Presented in 'barn find' condition, this DB2 is in need of total restoration and thus is sold strictly as viewed. There are no documents with the car, though it once had an old-style buff logbook; if found, the logbook will be forwarded to the new owner.