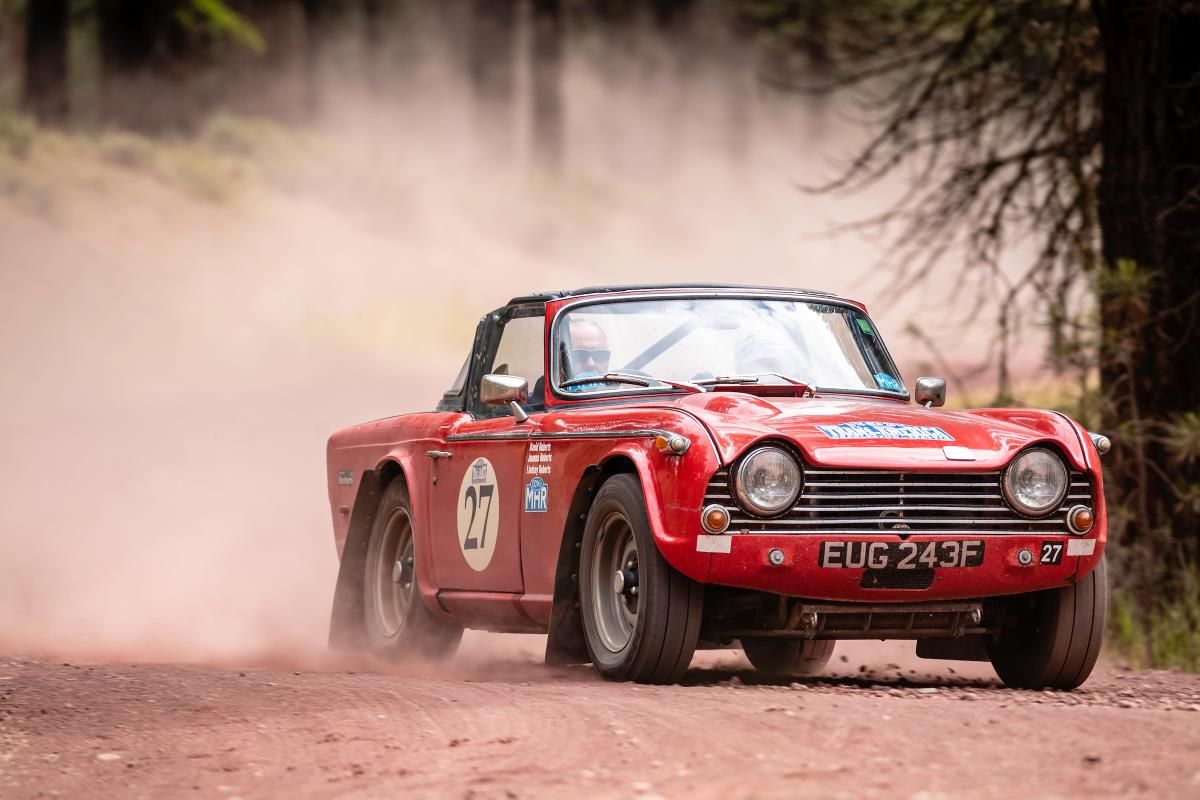 With around 35 crews entered, the top three cars battled it out from the start line in Charleston, North Carolina, to the finish in Seattle, Washington over 22 days, covering over 9,360kms.

Yorkshire husband and wife team David and Jo are veterans of the Peking to Paris, the Road to Mandalay and Saigon, the Flying Scotsman, the Classic Safari and every TransAmerica Challenge to date, never failing to finish a rally but never winning prior to this event.

David Roberts drew on his decade long experience of listening to others making their victory speech as he thanked Jo for her efforts over the last three weeks. He also thanked all the Porsches, Datsun 240zs and every other fast car which didn’t come to Charleston to start the rally. He also recounted his and Jo’s many discretionary awards picked up along the road to the overall win.

Second place in the Classics category went to Mike and Lorna Harrison in the 1963 Volvo PV544. Mike loved the route, loved the variety of landscapes and loved the competition.

Jim Gately and Tony Brooks in the 1937 Cadillac Convertible took home the Vintageant class win and third place overall against a field of newer cars which was a magnificent achievement.

As well as the overall and the class awards, discretionary awards were also presented with the Spirit of the Rally Award given to the two teams making up the http://www.drive4stageiv.com crew, fundraising for breast cancer awareness.

Crew member Pam King had to withdraw from the event at the midway point as her own battle with cancer worsened and as the car crossed the finish line, she sadly lost her battle and passed away.

The Against all Odds trophy was presented to Mick and Grace De Haas who battled back to rejoin the Rally in Aspen after a fuel pump fiasco in Santa Fe on their 1966 Mercedes Benz 230SL.

Rally Director Fred Gallagher said: “Our crews have embraced all weathers and terrains over the past three weeks as we have journeyed through around a dozen states and enjoyed fabulous tests and competition throughout.

The next ERA events take place in September with the inaugural Himalayan Challenge and the Alpine Trial.

Click here To find out more about the ERA’s events