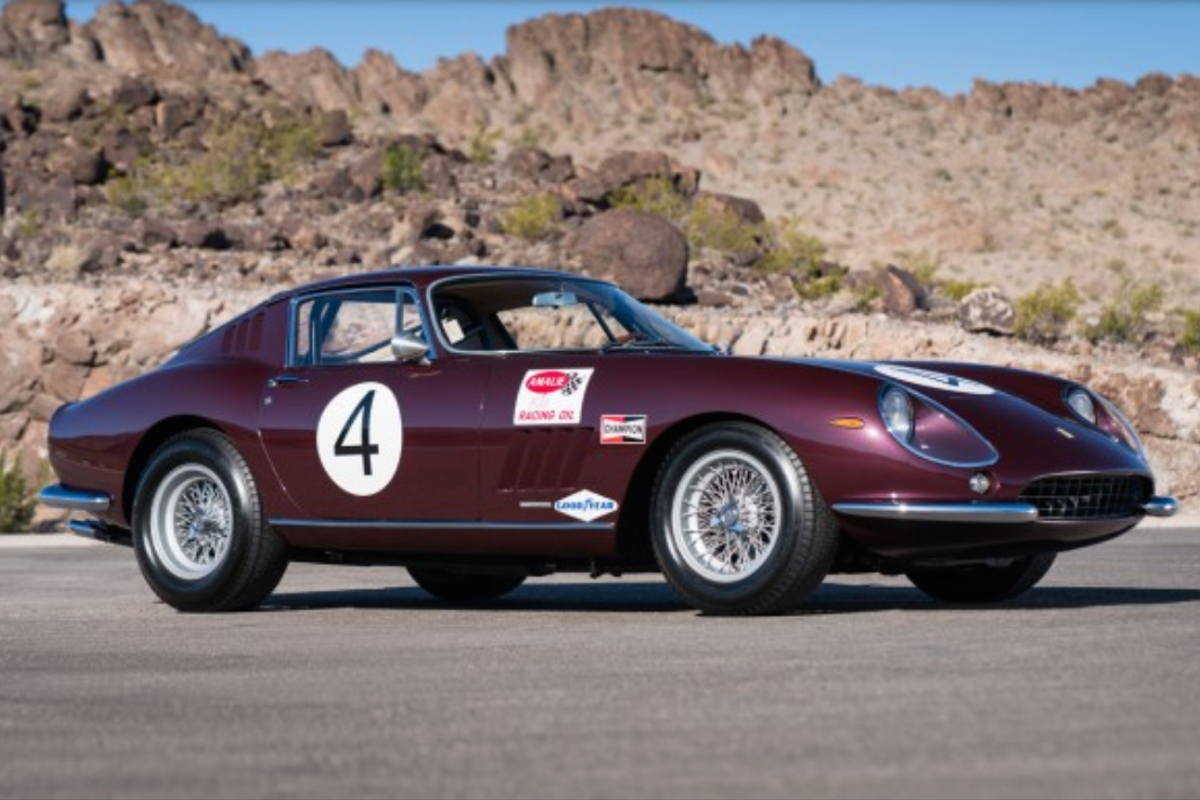 Formerly the Property of Pedro Rodríguez and Albert Obrist
Raced at Nassau, Daytona, and Sebring in Period
Coachwork by Scaglietti
Chassis: 09063

The Ferrari 275 GTB/C is the ultimate evolution of the single-cam berlinetta. Ferrari built just 12 examples of the 275 GTB/C purpose-built competition cars. The bodies were among the thinnest aluminum shells ever built for a Ferrari, with the windows and rear screen made of lightweight Perspex instead of glass. Combined with Borrani aluminum-rimmed wire-spoked wheels, this completed the package. The 3.3-liter V-12 engine features high-lift camshafts, 250 LM-type valves, competition pistons, a redesigned crankshaft, and Weber 40 DFI/3 carburetors. In addition, the engine is also set up with dry sump lubrication in place of the standard wet sump road-going system.

This 275 GTB/C on offer, chassis 09063, was initially purchased by North American Racing Team (NART) founder Luigi Chinetti for legendary racing driver Pedro Rodriguez. Rodriguez campaigned the car at the 1966 Nassau Tourist & Governor’s Trophy, placing 7th overall and first in class. The car was then raced at the 1967, 1969 and 1970 24 Hours of Daytona and then subsequently owned and raced by numerous caretakers. In 1992, 09063 was acquired by Albert Obrist, who had amassed one of the greatest Ferrari collections of all time. During his ownership, Mr. Obrist had Italian specialists Giuliano Michelotto and Dino Cognolato restore it to concours quality in the original Rosso Rubino livery it wore when new. In 1995, Formula 1 executive Bernie Ecclestone acquired the Obrist Collection and the current owner purchased 09063 in 2001.

Today, the 275 GTB/C continues to present in excellent overall condition, a lasting testament to the high quality of the expert restoration carried out under Obrist’s ownership. The car is also accompanied by an impressive dossier of supporting documentation including copies of the factory build sheets, period photographs, magazine articles, correspondence, service records, and a history report compiled by Ferrari historian Marcel Massini.