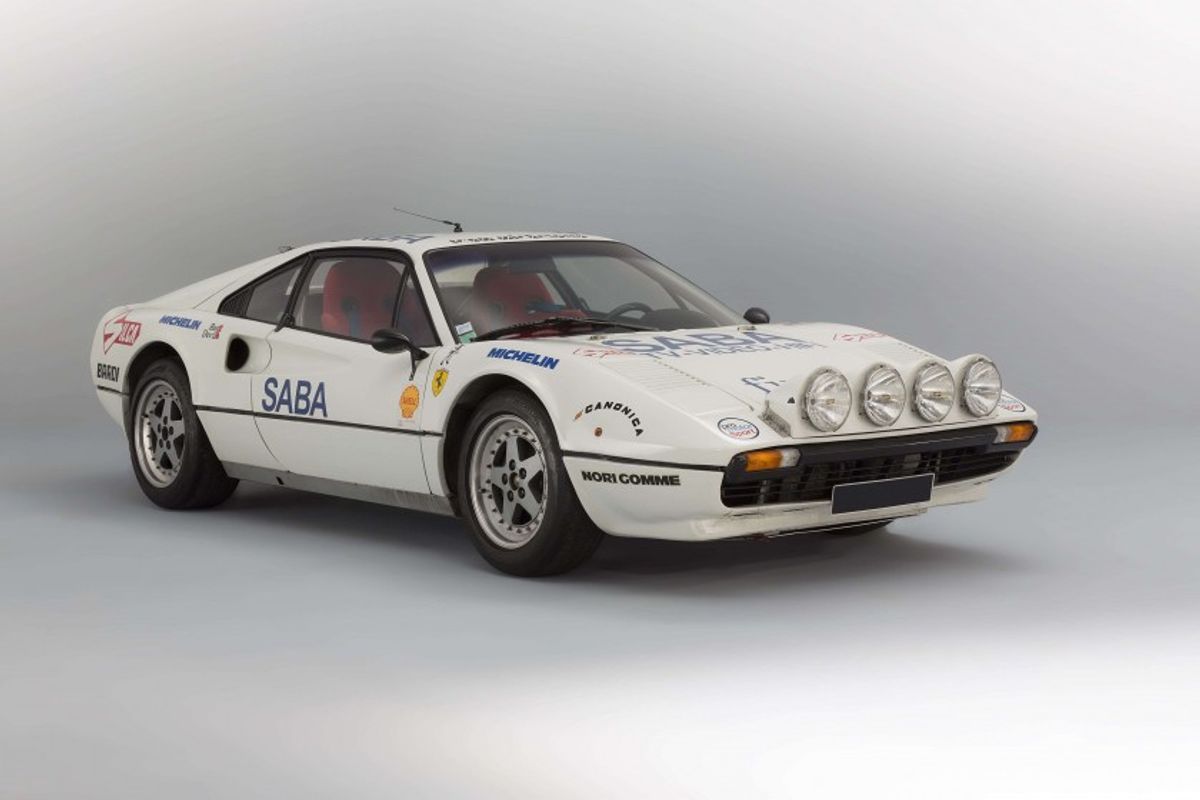 With only 15 models made between 1978 and 1985, the Ferrari 308 GTBs concocted in Giuliano Michelotto's factory in Padua are as efficient as they are rare on the market. Marking Ferrari's return to road racing, the 308 GTB-Michelotto berlinettas were to shine in the hands of the world's greatest, as in the case of the hotshot Jean Claude Andruet, who won the Targa Florio in 1981 and the Tour de France Automobile a year later. Revealed to the public at the 1975 Paris Motor Show, the Ferrari 308 GTB (308 for 3 litres 8 cylinders) was designed by Pininfarina, which put an end to the Bertone period and the 308 GT4 series. If the tubular chassis is directly inherited from the Dino 246 GT, the Ferrari 308 GTB is powered by an evolution of the 90° tipo F106 AL V8 with four overhead camshafts that equipped the 308 GT4. This magnificent series, code name F 106 AB is made entirely of alloy, has dry sump lubrication and develops 220 hp in its first carburettor version. Approved in Group 4 in 1978, the 308 Michelotto V8s receive an injection, are coupled to a gearbox without synchronisation and an 80% ZF slip-limited differential. Engaged essentially by private teams, like Charles Pozzi, Ferrari importer for France, the 308 evolved in Group B during the 1983 season with among other modifications, the assembly of a new injection K-Jetronic to replace the old Kugelfischer and the cylinder heads with four valves per cylinders borrowed from the new 308 Quattrovalvole launched at the end of 1982.

The VIN number of the 308 GTB that we have on offer is 18 869 and is in fact the first of all the series of 15 "Group B' and "Group IV' assembled by Michelotto. Delivered in February 83 to the Pro Motorsport team, #18 869 is equipped with the V8 n°00385 which still has the old two-valve cylinder heads per cylinder and delivers around 300 hp for a running weight which hardly exceeds the ton. An increase of approximately 30kg compared to the Group 4 models, all equipped with a plastic body identical to that of the first 808 models of the 308, while those approved in Group B have steel elements. Participating in the main events of the Italian Rally Championship, #18 869 won 5 races in its first season. After a third place at the Targa Florio, its career would continue in Spain where she would enable race car driver Antonio Zanini to win the Rally Championship the following season. In 1999, the car came into the possession of a well-known collector from the Fontainebleau region who kept it until 2011 when it was auctioned for the first time in Monaco and then acquired by the current owner in 2014. Extremely reliable, it never fails to get over the finishing line, winning 5 of the 7 rallies entered. Recently serviced, this 308 Michelotto remains a formidable competitor for anyone who wants to compete on the asphalt of stages and circuits of a Tour Auto or other historic races.