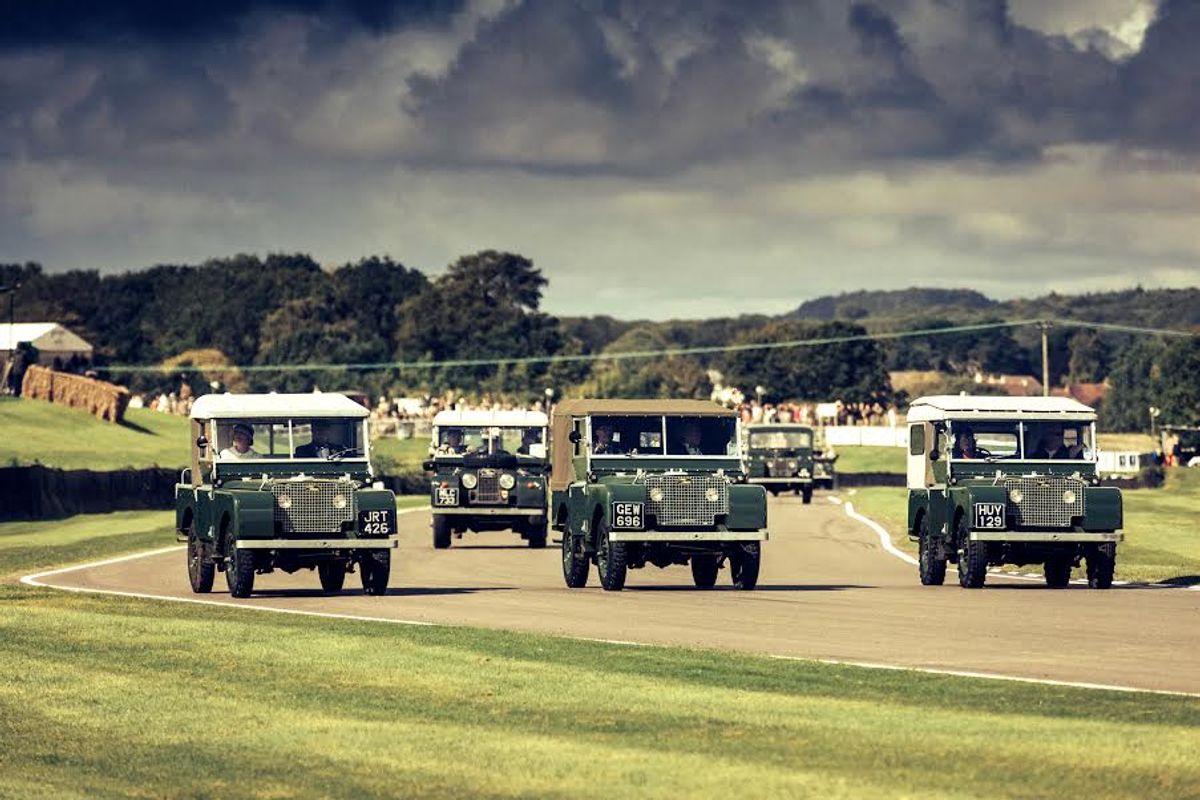 Land Rover takes to the famous Goodwood hillclimb with a special selection of 70 Land Rovers at this year’s Festival of Speed. Spanning all Land Rover models, and with eye catching special editions and conversions the anniversary parade celebrates 70 decades of ‘Above and Beyond’ adventures and public service.

‘Huey’ HUE166, the first pre-production Land Rover prototype, will lead the procession followed by a cast of iconic Land Rovers from Series Is, IIs and IIIs to Defender, the four generations of Range Rover, the five generations of Discovery, Freelanders, Range Rover Sports, Discovery Sports, Evoques and Velars that bring the family up to date.

There will also be a selection of military, first response rescue vehicles and expedition vehicles that recall some of the greatest adventures in Land Rover history including Bob and Joe Ives’ winning Camel Trophy 110, and the millionth Discovery which was driven from Solihull to Beijing on the ‘Journey of Discovery’ expedition in 2012.

Also on ‘the hill’ is the Defender Works V8 which will be gearing up twice daily in the ‘First Glance’ batch and a staggering Guinness World Record attempt by stunt-driver Terry Grant. Terry will drive the Range Rover Sport SVR aiming to achieve the ‘Fastest Mile on Two Wheels’ title.

Land Rover will sit alongside Jaguar once again this year in the exhibition area of the Goodwood grounds in its biggest format ever. All of the latest Jaguar and Land Rover vehicles will be on display including showpieces from the ‘Special Vehicles’ division to include the pinnacle of the Range Rover family; the Range Rover SV Coupe.

Visitors to the Festival will have the chance to get involved in the action too – experiencing Land Rover’s legendary off-road capabilities first-hand on a gravity defying obstacle course, whilst youngsters can join in the fun driving mini electric Defenders.

Showgoers will also have the opportunity to meet and hear some of Land Rover’s ambassadors: Explorers Sir Ranulph Fiennes and Kenton Cool, rugby legends David Flatman, Martin Johnson and Jason Robinson, and stunt driver Terry Grant will be regaling the crowd with tales of their own Land Rover adventures.

And if the nostalgia of 70 years of Land Rover isn’t quite enough, Jaguar Land Rover has teamed-up with Top Trumps to reinvent the 80’s icon for today’s fans. Jaguar Land Rover is introducing an exclusive digital Top Trumps App for Goodwood Festival of Speed visitors. The app is available for iOS & Android and is a digital version of the game. Players will be able to play against each other and also compete with other players for a ranking on a live leader-board. Prizes include a trip for two to the Ice Drive Academy in Sweden including flights, tuition and luxury accommodation. Second place wins a year’s membership of a David Lloyd Club for two, while third wins £200 to spend in the Jaguar Land Rover boutique. Goodwood FoS visitors can download the App to claim their limited edition Top Trumps card game from the Jaguar Land Rover stand.