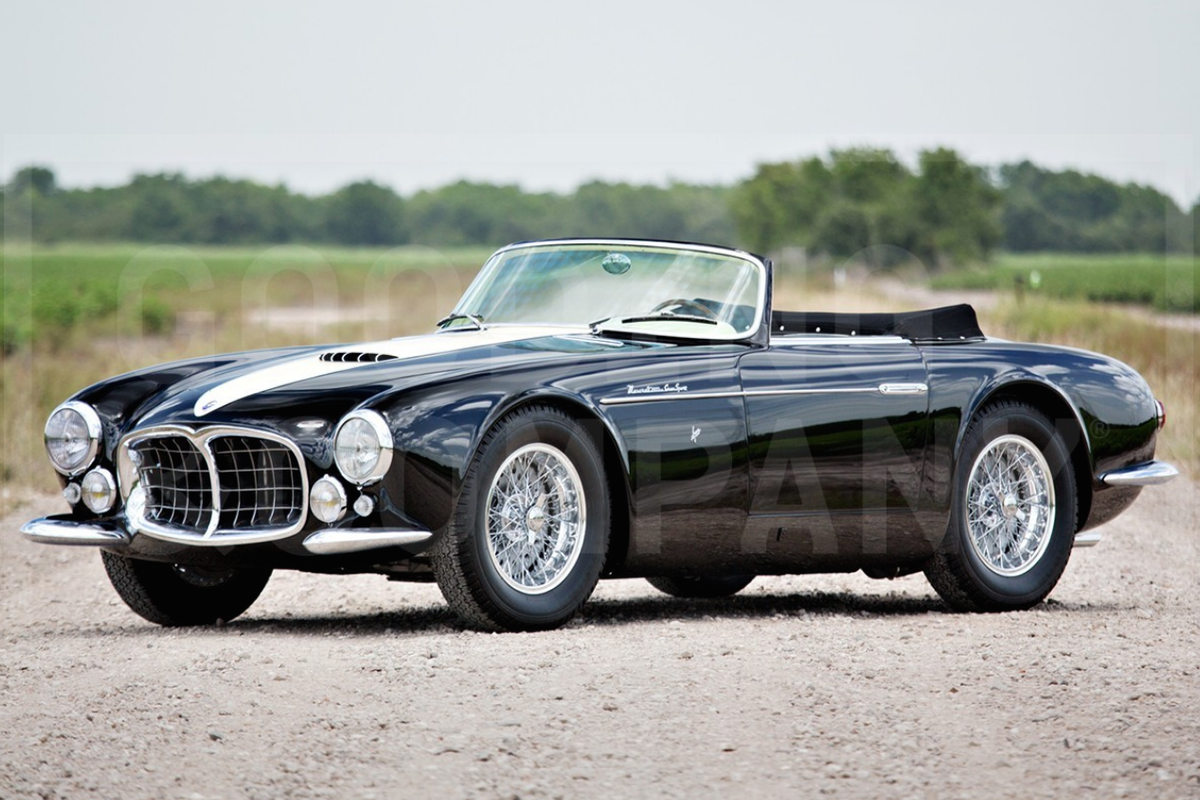 In 1953, Maserati introduced the A6GCS/53, a sophisticated sports racing car powered by a two-liter twin-cam inline six-cylinder engine. Almost all of these Maseratis were built for racing and were extremely successful, claiming class wins at the Mille Miglia and capturing the Italian Sports Car Championship. The car presented here, chassis 2110, is an exceptionally rare coachbuilt version of this acclaimed sports racing car, wearing exquisite custom coachwork by Carrozzeria Frua of Torino.

The man responsible for commissioning this remarkable car was Guglielmo “Mimmo” Dei, the official Maserati dealer in Rome who later founded the racing team Scuderia Centro Sud. The last of three such examples commissioned by Dei, this A6GCS/53 Spider is widely recognized as Pietro Frua’s greatest contribution to the art of Italian coachbuilding. Perfectly proportioned and possessing intricate details, this elegant Frua Spider was masterfully designed, mirroring the best qualities of the Maserati chassis that lay beneath.

Sold new in Italy, the Maserati was exported to the United States in 1959 and was displayed at numerous concours d’elegance in period, including the 1964 Pebble Beach Concours d’Elegance®. The car would go on to be owned by noted collectors Ken Hutchison, Bill Jacobs, and Bob Rubin. In 2010, the beautifully restored Frua Spider was shown at the exclusive Concorso d’Eleganza Villa d’Este, where it won Best in Class and the prestigious Coppa d’Oro award, which is the Best of Show by public referendum.

Finished in a stylish black livery with a cream central stripe, this exceptionally rare Maserati represents an ideal marriage of the thoroughbred A6GCS/53 competition chassis with Pietro Frua’s magnificent coachwork. The result is an undisputed masterpiece of Italian design and one of the most beautiful and desirable sports cars from the 1950s.