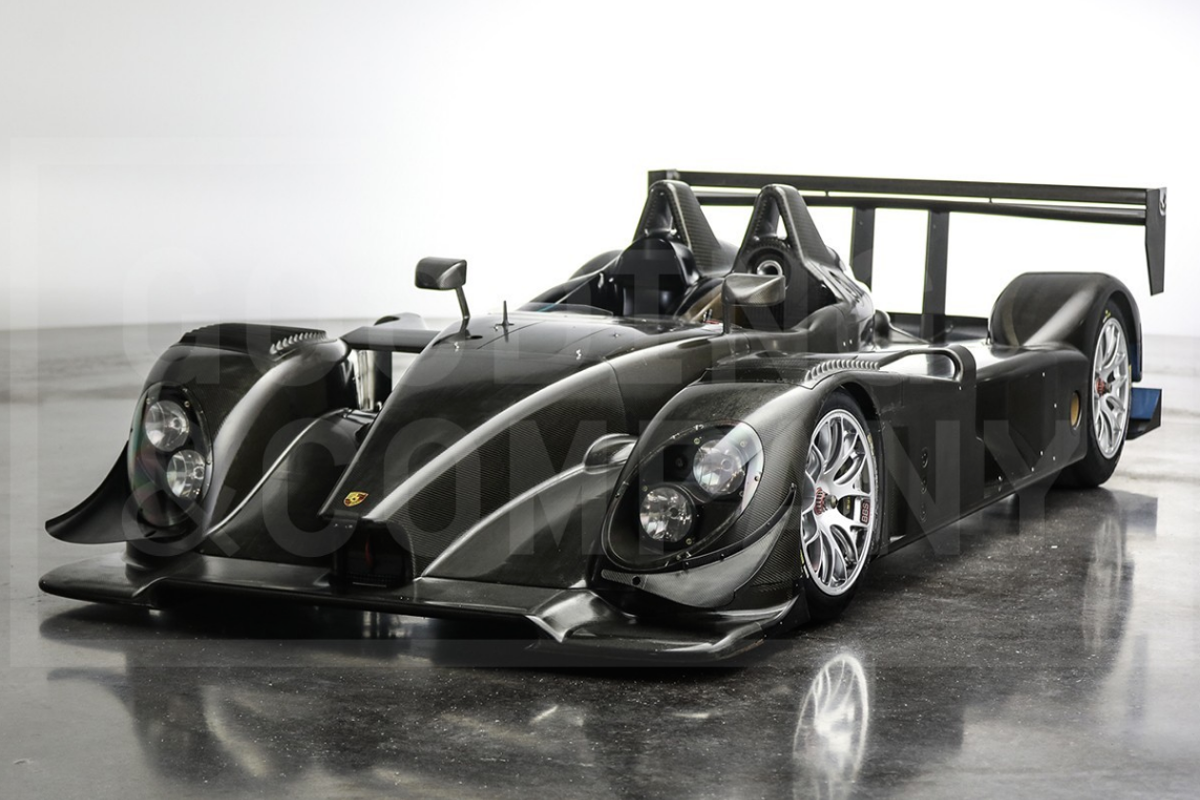 From an Important Private Collection
Chassis: 9R6.706
*Please note that this vehicle is sold on a Bill of Sale.

One of the Most Successful Prototype Racing Cars in Porsche History
The Last of Six RS Spyders Built for the 2007 Racing Season
Originally Sold to CET Solaroli Motorsports of Jacksonville, Florida
Meticulously Maintained with Limited Track Time in Historic Events
Brilliantly Engineered Cutting-Edge Design Presented in Exotic Bare Carbon
The First Appearance of an RS Spyder at Public Auction

THIS CAR
After winning the 1998 24 Hours of Le Mans with the 911 GT1, Porsche did not return to racing until 2005, when it debuted a new sports prototype – the Type 9R6, more commonly known as the RS Spyder, a name that evoked the famous open-air racing cars of the 1950s and ’60s. Porsche built its new cutting-edge sports racing car to compete in Le Mans Prototype Class 2 (LMP2), rather than the top category of LMP1. While this was a surprise to many enthusiasts, Porsche had its own reasons for developing this unique car.

First, the existing regulations for LMP1 strongly favored diesel-powered entries; Porsche had no diesel models in production and little interest in exploring the technology. Second, Porsche wanted to develop a car that could be campaigned by privateers – a more ambitious, exotic model to complement the 911 RSR and Cup cars that were the foundation of the company’s successful customer racing business. Finally, Porsche recognized the importance of the US market and IMSA’s popular American Le Mans Series (ALMS), which had rules influenced by the Le Mans classifications, a well-promoted race schedule, and competition in both LMP categories.

In the tradition of the successful 917 and 956 programs, the project went from drawing board to reality in just a few months. In June 2005, the first RS Spyder, drove onto the Weissach test track.

The RS Spyder was truly a machine purpose-built to win by Porsche Motorsport. The chassis, a lightweight carbon fiber monocoque, used the engine and transaxle as integral, stressed members. The car’s bodywork, composed of carbon fiber and Kevlar composites, was the result of extensive wind-tunnel testing. The engine was an all-new 3.4-liter four-cam V-8 that revved to 10,000 rpm and produced 478 hp. Power was delivered to the rear wheels via a six-speed electropneumatic sequential gearbox that Porsche designed in-house. The advanced chassis featured fully independent pushrod-activated suspension and massive carbon ceramic disc brakes. The entire package weighed just 775 kg (approximately 1,650 pounds).

Following a precedent set during the Can-Am era, Porsche entrusted the Penske Motorsports team to race its RS Spyders in ALMS competition. The new Porsche made its competition debut at the 2005 season finale at Laguna Seca. Not only did it win the LMP2 class, it also set the third-fastest lap time and challenged the LMP1 leaders.

The 2006 ALMS season was a triumph for the RS Spyder. Penske’s two cars won seven class victories and captured a spectacular 1-2 finish at Mid-Ohio. These impressive results ensured that all four LMP2 titles (driver, chassis, engine, and team) went to Penske and Porsche. In 2007, with Penske Motorsports and Dyson Racing each campaigning two cars, RS Spyders scored eight successive overall victories (including a remarkable 1-2-3 finish at Long Beach) and 11 class wins in just 12 races. Once again, all four LMP2 titles went to the Weissach crew.

The RS Spyders continued winning in 2008, with outright victories at the 12 Hours of Sebring and the Utah Grand Prix. These results, along with three class wins, secured the LMP2 championships for the third consecutive year.

Meanwhile in Europe, the RS Spyder debuted in the Le Mans Series (LMS) and won its class in every race that season, handing Porsche a clean sweep in LMP2 and the Constructors’ Championship. Another highlight of the 2008 season was the 24 Hours of Le Mans, where RS Spyders finished 1-2 in the LMP2 class.

Even under stricter regulations in 2009 and 2010, the Porsches won at Lime Rock and Mosport, with class wins at Le Mans, Sebring, and Spa.

The extraordinary success of the RS Spyder program persuaded Porsche to develop an LMP1 car, the 919 Hybrid. Like its LMP2 predecessor, the 919 Hybrid was an immediate success, securing three consecutive FIA Driver and Constructors’ Championships for Porsche along with three overall wins at Le Mans. The RS Spyder also influenced Porsche road cars in the form of the 918 Spyder, which used a V-8 engine developed from the championship-winning LMP2 racing car.

The RS Spyder presented here, chassis 9R6.706, is the last of six examples produced for the 2007 season. Constructed that February and March, it was tested at Weissach and then delivered in April to its first owner, CET Solaroli Motorsports, a private racing team based in Jacksonville, Florida. The team’s owner, Al Solaroli, was a longtime Porsche racer and president of Combustion Engine Technology (CET).

At a Sebring news conference in March 2007, Solaroli Motorsports announced that it would be joining the ALMS, fielding two RS Spyders and a 997 RSR. The team planned to debut at Lime Rock with a driver roster that included JJ Lehto and Johnny Herbert. “The ALMS offers a technologybased series,” Solaroli declared. “The vehicles racing today are what will be platformed in production vehicles of the future. It’s the perfect lead into what my technology can offer, and the opportunity to work with Porsche, which is the top echelon of racing, is a perfect marriage.”

Uwe Brettel, the president of Porsche Motorsport North America, shared his enthusiasm for the new team, stating, “We are convinced that they will put together a top-notch team with professional drivers that will be competitive right from the start. Having six Porsche RS Spyders in the American Le Mans Series exceeds our expectations for a car which is less than two years old.”

Despite the fanfare, it was not to be. CET Solaroli Motorsports chose not to race in the ALMS.

Eventually, 9R6.706 was sold to the current owner, a discerning collector who keeps two other RS Spyders among his stable of important Porsche racing cars. During his ownership, the car has seen little track time, aside from private test sessions and two historic races at Laguna Seca.

Despite its minimal use, the car has been maintained by a professional race mechanic and serviced in a no-expense-spared manner. It is presented today in superb order and is ideally presented in its mesmerizing bare carbon composite bodywork.

The current owner describes the RS Spyder as an “extremely exciting and remarkably user-friendly prototype racing car. The thrill of shifting this engine at 10,000 rpm and taking turns flat out in fifth and six gear, with complete control, is like none I’ve ever experienced. The brakes and aerodynamics are just phenomenal. This is the last prototype racing car a collector will be able to buy from Porsche, and you don’t need a team of people to run it. If you positively and absolutely have the need for speed, this RS Spyder is the cure!”

Porsche built approximately 15 RS Spyders between 2006 and 2008, including customer cars and test vehicles. They were the dominant LMP2 entry for several seasons; they earned three consecutive ALMS championships, an overall victory at Sebring, and two class wins at Le Mans. The RS Spyder was the ultimate Porsche of its era, a technological tour de force, and hailed the company’s return to the height of international endurance racing.

Very rarely do these cars trade hands and never before has one been offered at public auction. The presentation of 9R6.706 represents a singular opportunity to acquire what is arguably the most original and well-preserved example of a historically significant, state-of-the-art Porsche prototype racing car.