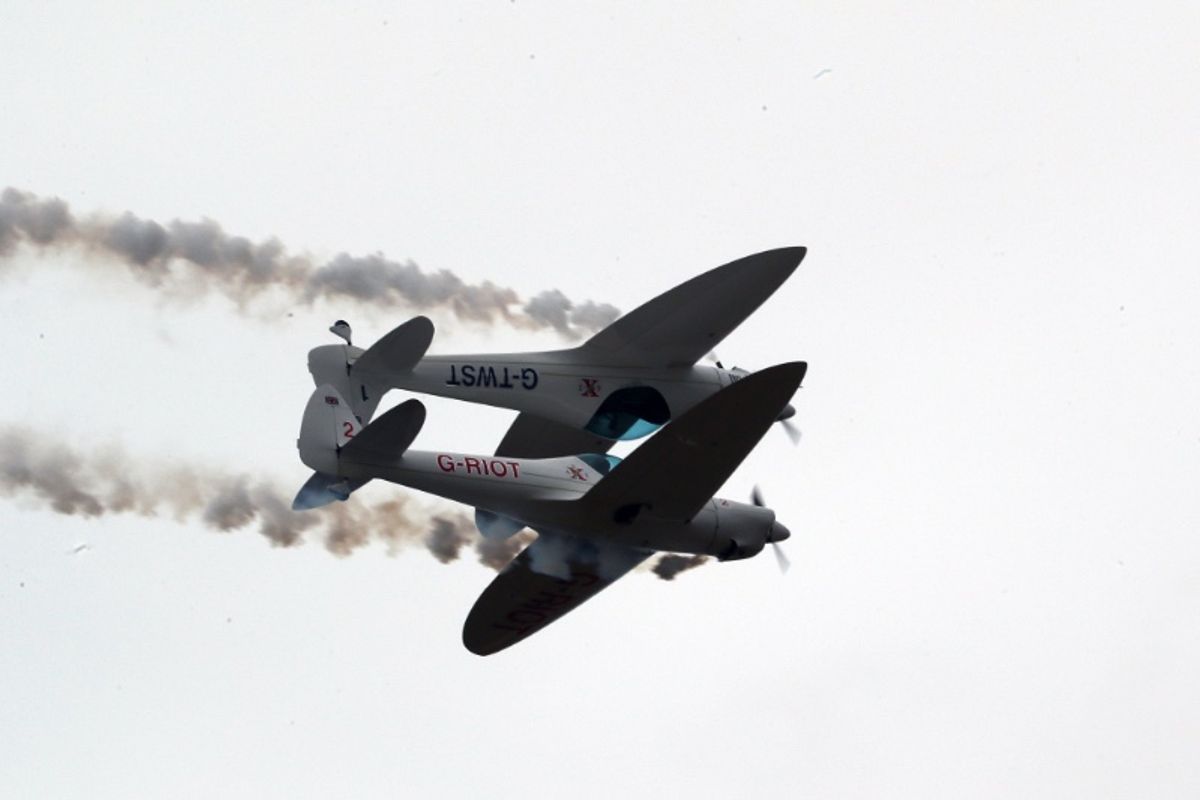 A bumper crowd numbering thousands of eager spectators headed to Croft Circuit this past weekend (4-5 August) to lap up the sunshine, an irresistible feast of 1940s-70s retro-themed entertainment and the highest quality historic racing at the ninth annual Croft Nostalgia Festival.

Visitors were treated to Nostalgia’s time-honoured combination of top-tier historic motor racing from the Historic Sports Car Club, alongside an irresistible blend of off-track attractions from classic cars to military displays, aero-acrobatics, evocative music and period dress – as well as a selection of showcase track parades and vintage stalls, for those looking to bestow themselves with period regalia.

The venue’s outfield was bulging at the seams with rows upon rows of pristine classic cars, with everything from BMWs and Bristols to Volkswagens and Vauxhalls – and, this year, a celebratory display marking the 50thanniversary of the Mk1 Ford Escort.

Crowds lapped up the vintage shopping opportunities surrounding the showpiece classics on display, while the festival’s centrepiece marquee jived to the tune of The Daisy Belles, The Evernotes and George Formby (aka Colin Bourdiec). Afternoon tea and its accompanying dance is a popular staple at Nostalgia, and this year was no exception, with lessons for those less confident of their footwork when it comes to Swing ensuring no willing participant was left behind.

Wartime spirit and camaraderie was in evidence across the event – and not only in the music and entertainment on offer. An ever-increasing and comprehensive range of militaria and military machinery was showcased from tanks to personnel carriers and jeeps of all shapes, forms and functions. An unmistakable Supermarine Spitfire took up pride of place, and there is no more iconic and evocative silhouette than that of the famed World War II fighter.

A fully-functioning 14-cylinder Bristol Hercules aero engine, the like seen in Avro’s iconic Lancaster Bomber, as well as the unmistakable Merlin from the aforementioned and equally unmistakable fighter plane fired up regularly over the course of the weekend – the former airfield reverberating once more with the sound of World War II aero engines..

Further aero interest came in the shape of the Twister Aerobatics team, which drew eyes to the skies at lunchtime on both days with a dazzling pair of displays, while the on-track action either side of lunch was every bit as exciting – with no fewer than 18 races over the course of a packed weekend schedule.

Saturday set the scene on-track with practice and qualifying preceding an afternoon of racing action, but Sunday provided a packed timetable of the highest order.

The single-seaters never fail to provide spectacular racing and plenty of heroics and the Historic Formula Fords comprised the biggest field of the weekend split over three action-packed encounters, with Cameron Jackson securing a stunning win double in his Lola.

Recognisable classics from TVR to Triumph and Austin to Alfa Romeo lined up on the grid in the HSCC’s enthralling 70s Road Sports & Historic Road Sports races. Charles Barter strode to a pair of victories in the former in his Datsun 240z while John Davison sealed both encounters in the latter, wielding a Lotus Elan S1.

The prized HSCC Guards Trophy was taken by Charles Allison in his Chevron B8, while another ever-competitive centrepiece, in the Historic Touring Cars, proved, as usual, no less competitive in the battle than its modern-day counterpart. The Ford Lotus Cortina transpired as the throwback tourer to beat ahead of the Hillman Imps, Austin A40s and Morris Minis, with Richard Belcher winning races one and two.

“It’s been a fantastic weekend at the Croft Nostalgia Festival,” said Circuit Manager Tracey Morley. “I’d like to thank everyone involved in making the event the success it was, and of course to the thousands of spectators we were delighted to welcome through the gates here at Croft.

“Each year we enjoy some of the best historic racing you’re likely to see in Britain, and it’s always accompanied by a super atmosphere away from the track itself – with the Festival offering so much to see and do for families and people of all ages.

“With its tenth anniversary next year, plans are afoot to go one better still and celebrate in style. We really want to push on for 2019 and we feel sure that it’ll be even bigger and better still than the weekend we’ve just enjoyed.”