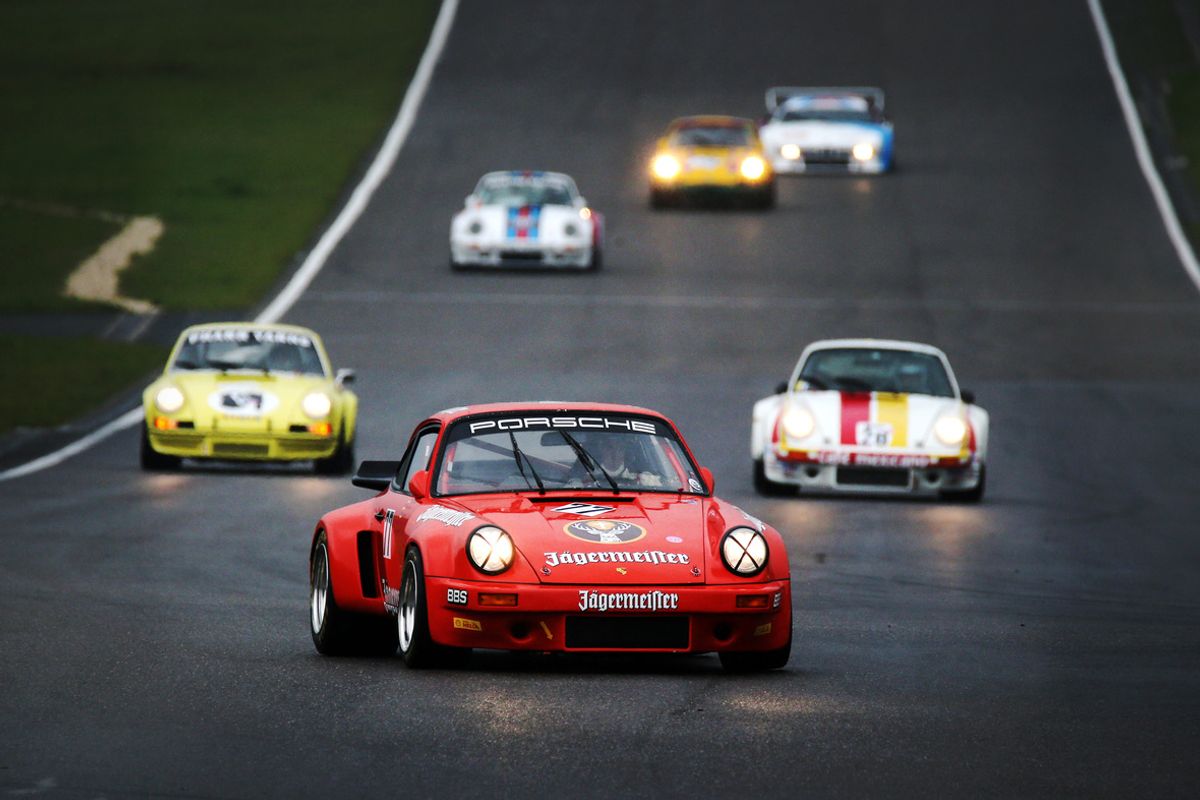 Pirelli will again be present at the Oldtimer Grand Prix at the Nurburgring as sponsor of the Porsche Classic event this weekend: a chance to showcase its long and close relationship with the famous German sportscar marque.

The Oldtimer Grand Prix is one of the most popular vintage car racing events in the world, taking place at one of motorsport’s most historic circuits. It offers a rare chance to see a huge variety classic machinery in action on the legendary 20-kilometre Nordschleife – nicknamed “The Green Hell” – as well the modern GP circuit.

The Porsche Classic exhibit will focus on celebrating 70 years of Porsche sports cars, with models from the Porsche Museum to span an illustrious history that began with the production of the first 356 in 1948. There will also be a commemoration of 30 years of the Porsche 964: a reinvention of the trademark 911 introduced in 1988, with the well-known shape but 85 per cent new parts and several notable innovations.

Many of the cars on display – both classic and modern – will be fitted with Pirelli tyres. The Italian company has a tyre for nearly every Porsche in existence thanks to the Collezione range that combines the latest technology with classic looks. As well as the many iterations of the 911 (including the 964, celebrated this weekend) there is even a Collezione product for the 356: a modern incarnation of the famous Cinturato CN36 tyres it wore as original equipment.

Through its perfect fit strategy, Pirelli has been making tyres specifically created for the 911 since 1982, and today that is still true for an increasingly wide range of current models: from the Cayman to the Cayenne. It’s this strong relationship that will be celebrated at the Oldtimer Grand Prix, to the backdrop of classic racing cars from Formula 1 to GT, with more than 60,000 spectators expected over the weekend. Pirelli also has a long-standing association with the Nurburgring, having been a part of eight production car records over the Nordschleife in the last eight years.

Mario Isola, Pirelli’s head of car racing, commented: “Pirelli supplies more than 340 championships around the world, and the variety of cars at the Oldtimer Grand Prix perfectly reflects this eclecticism. In particular, it’s a chance to showcase our Collezione tyres for Porsche, which are made in limited quantities with the same technology and attention to detail that we employ at the highest levels of motorsport, including in Formula 1, which has defined the history of the epic Nordschleife track.”