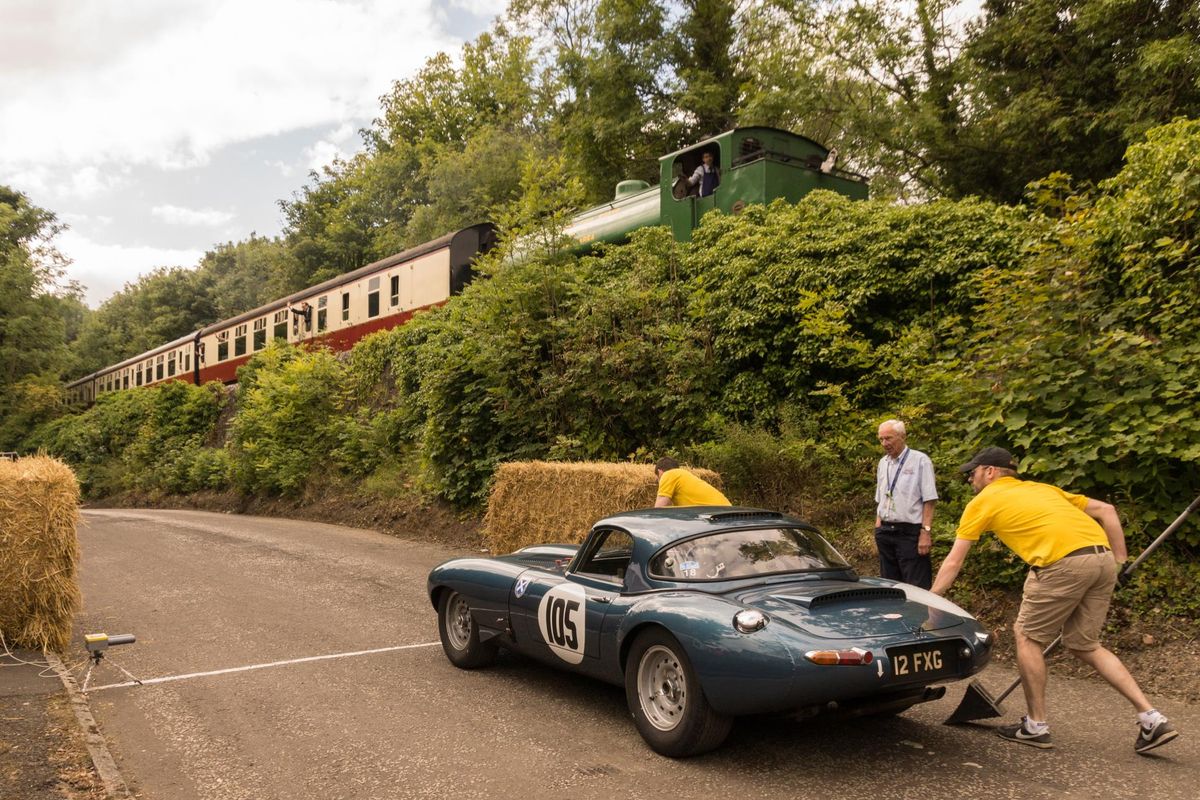 Full weekend event: 1st - 2nd September 2018
Historic motorsport coupled with a classic car show on the Sunday.
Over 100 cars entered in the hill climb across 10 classes
30 car clubs in attendance with over 300 display cars on the Sunday.
Press and media accreditation available
Tickets available on the gate £10 per person, U15s Free.

It's that time of the year again, the annual Bo'ness Revival Classic Show and Hill Climb is just around the corner. Taking place during 1st - 2nd September 2018, Scotland's oldest motorsport venue is set to roar into life.

First used in 1932, Bo'ness Hill Climb, situated on the Kinneil Estate near Falkirk, has become a prominent feature in UK motor racing history. Each year the gates are opened to welcome an array of drivers, classic cars, and an immense adrenaline rush, as over 100 cars rush past in a bid to record the fastest time.

Now in its 11th year, this year's event takes place during the first weekend in September and promises, once again, to provide a superb day out. Stand trackside as the likes of the early Austin 7's, Bentley's and Riley machines speed by, competing in 10 varied classes representing every era of motorsport history. There's certainly no other feeling like it.

Although the adrenaline filled competitive hill climb motorsport absorbs a great deal of the attention, Sunday’s classic car show is just as prominent. Over 30 clubs will exhibit over 300 cars on the Sunday, encompassing famous marques from the motoring world.

Mentioning one marque in particular, 2018 is a special year for Jaguar. Celebrating 70 years of the XK and 50 years of the XJ6, the Jaguar Driver’s Club and Jaguar Enthusiast’s Club are expected to stage a superb tribute.

Sunday at the event also marks the Jaguar Driver’s Club National Weekend, and the Scottish Triumph Weekend, as sponsored by the TR Register. Once again, the TR Register will be out in force, with an impressive entry listed from TR3’s to TR4’s and TR6’s.

Joining them in the classic car show are members of the Caledonian branch of the MG Car Club, with a collection of the always impressive MGB GT V8 machines, the MG TF and the MG RV8.

There will also be representatives from the Imp Club, with a number of Hillman Imp cars, as well as the Mini Cooper Register, Grampian Triumphs and the Morgan Sports Car Club. Individual entries include a fantastic array of machinery such as Austin Healey, Chevrolet Corvette, Ferrari 348, VW Beetle, and Lotus Elise, to name just a few.

The Heritage Arena will once again act as a central hub for those wanting to learn all about these spectacular vehicles from the people who know them best. Presented by Wayne Scott and Sam Colman, Sunday’s heritage arena will be entertaining the crowds whilst delving deeper into the history of some of the rarest and most extraordinary cars to have graced our roads.

Open to the public between the hours of 9:30AM - 5:00PM each day, there is ample time to fully absorb everything Bo'ness has to offer. You can book online at www.bonessrevival.co.uk . Admission is £10 for adults and free for accompanied children under 15 years of age. Car parking is available for everyone, free of charge.