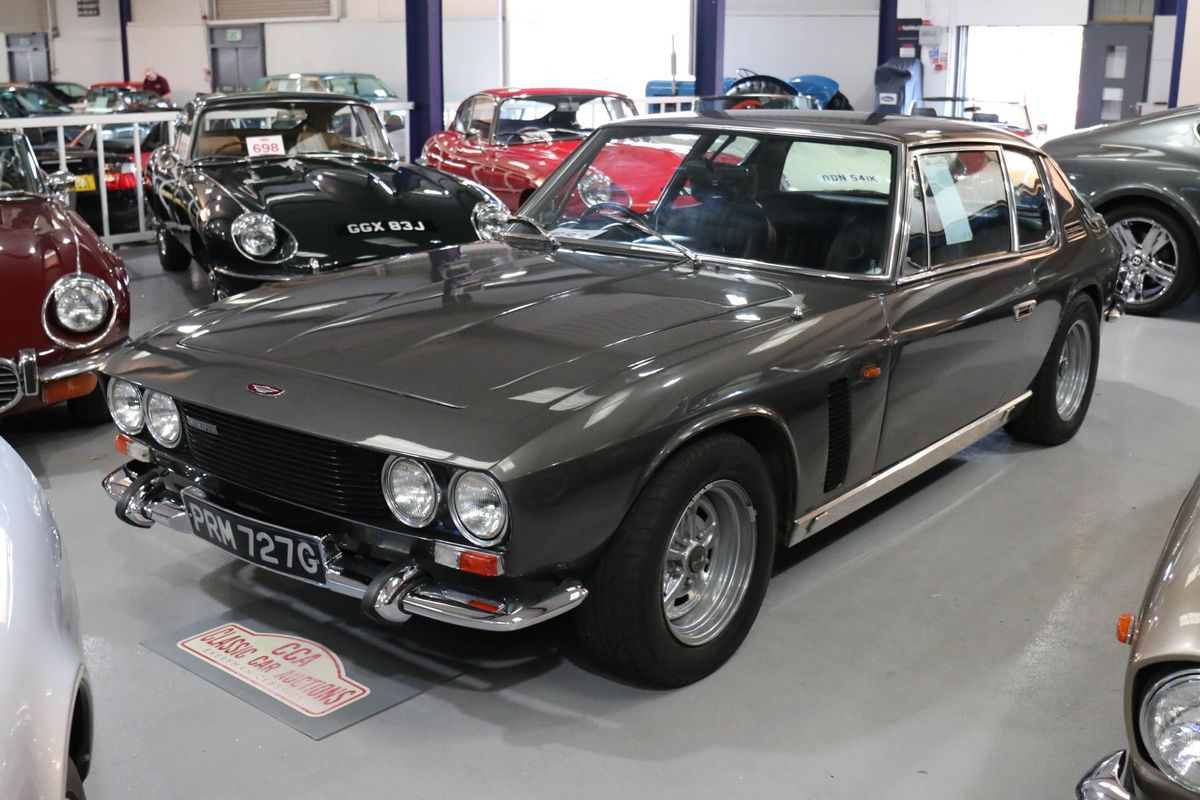 Classic Car Auctions (CCA) achieved a sales rate of 75 per cent at its September Sale held at the Warwickshire Event Centre on 15th September, where 107 quality ‘everyman’ classics were sold to bidders around the world with total sales exceeding £1.8 million.

British classics proved particularly popular at the sale with a beautiful, restored 1968 Jensen Interceptor Mk 1 manual at the centre of the longest bidding war of the day. As one of just eight surviving examples of the 22 made and finished in striking Anthracite with a Black leather interior, the super rare manual sold for a huge £85,800, more than double its lower estimate.

Another rare British classic from the sixties to cause a stir in the sale room was a restored 1962 Daimler Dart SP250 (B Spec) manual. Offered for the first time on the open market with its original Buff Log Book and Bill of Sale, the quirky and distinctive classic sold over estimate for £36,300.

Classic MGs also fared well, with a restored 1933 MG J2 Midget manual coming from 20 year ownership selling for £29,150, almost £10,000 above its lower estimate, as well as a 1958 MG MGA Coupe selling for £12,650. A smart 1979 MG B GT manual presented in gleaming Black with chrome bumper conversion and silver 'Minilites' almost doubled its upper estimate after another bidding war, selling for £12,320.

“What a fantastic auction!” comments Gary Dunne, auction manager at CCA. “For this year’s September Sale we limited the size of our catalogue and the resulting high quality of the cars on offer has been clear to see. It’s wonderful to see such a strong turn out and an auction hall full of bidders and enthusiasts.”

The sale also included a special charity lot, a 1984 Audi Quattro Turbo, which was offered as the first lot of the day. Featured on Channel 4’s Car SOS and restored by Tim Shaw and Fuzz Townsend, the Quattro was sold in aid of Macmillan Cancer Support and Mesothelioma UK following the wishes of its late owner, raising £20,350 in total, including all auction fees donated by the auction house.

Other memorable modern classics from the sale include a left-hand drive 1993 Lancia Delta Integrale 16V Evo 2 finished in Monza Red with a virtually unmarked Beige Alacantra interior, which far exceeded its guide price selling for £48,950.

A rare 1999 BMW E36 M3 GT Evolution Individual offering serious collector status as one of a limited edition of 50 made and reading just 74,830 recorded miles, easily pushed past its estimate to sell for £26,400.

Entries are now invited for the CCA December Sale which takes place on Saturday 1st December at the Warwickshire Event Centre. Sellers can benefit from a competitive sellers commission of just 5% +VAT.