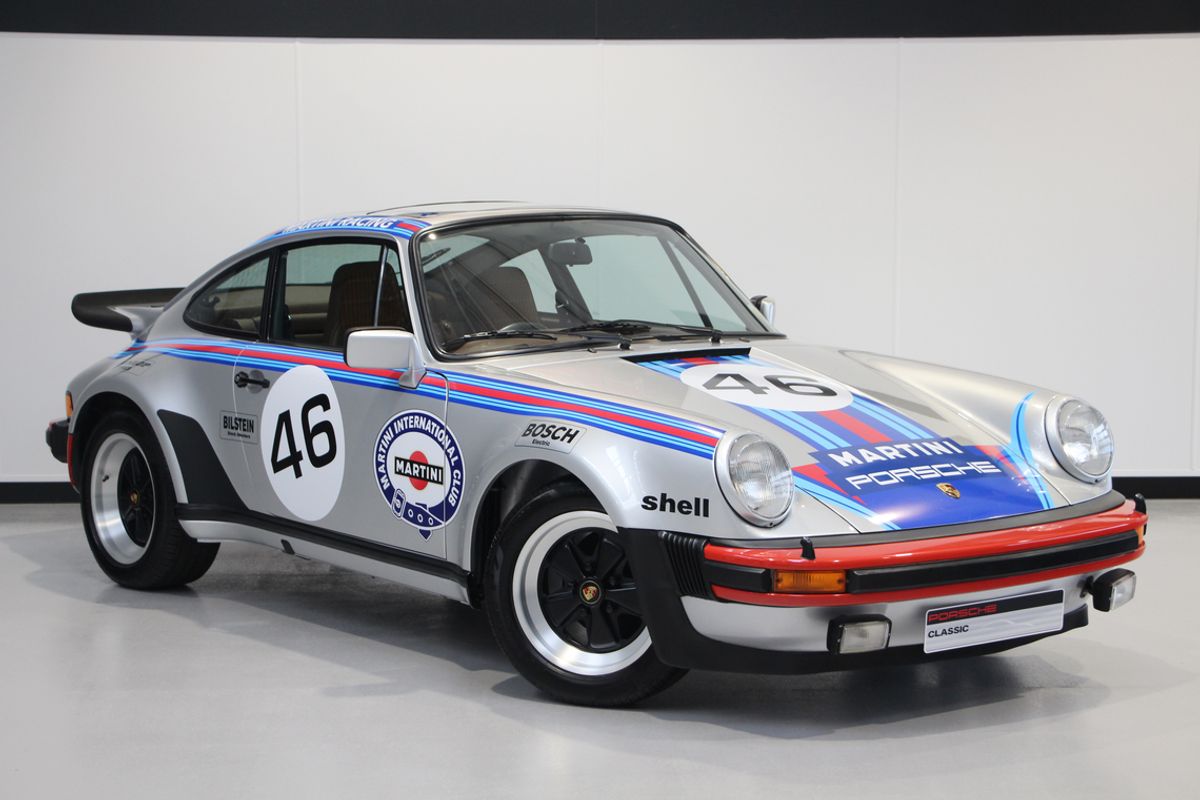 Of particular interest among the early consignments is a 1960 Maserati 3500 GT estimated at £165,000 to £185,000. Finished in Grigio and Rosso with a Red leather interior piped in Grey, the very rare right-hand drive car is one of only 40 examples produced. Powered by a 3.5 litre inline six-cylinder engine with a four-speed manual transmission, the car is supplied with an impressive history folder and presents a very special opportunity to own one of Maserati’s most charismatic grand tourers.

Another particularly eye-catching car on offer is a 1977 Porsche 911 (930) Turbo 3.0, which is believed to be the second to last right-hand drive 3.0 litre and the last 3.0 litre car to be supplied to the European market. Estimated at £135,000 to £155,000, the car was the subject of a full restoration by Porsche Centre Glasgow, one of only four official Porsche Classic Centres in the UK. Presented in Silver with Martini decals and teamed with a dark brown leather interior with beige pinstripe inserts. Under Porsche Centre’s ownership more than £120,000 was spent on parts and labour to create one of the most attractive cars in the country.

“The quality of the classics already consigned sets the benchmark for our final sale of the year,” says Harry Whale, classic car specialist for Silverstone Auctions. “The Classic Motor Show is the UK’s biggest classic car event and we will select only the very best of breed submissions for this long anticipated auction. We encourage sellers to get in touch with their own quality classics to try and match the fantastic cars already on offer.”

The British car industry is well represented in the sale with a very attractive 1979 Aston Martin V8 Oscar India on offer estimated at £95,000 to £110,000. The matching numbers Oscar has covered just 24,150 miles, with almost £40,000 spent on maintenance over the past 15 years. A number of subtle upgrades have been introduced to enhance the driving experience, including twin Vantage exhausts, the Harvey Bailey handling kit, electronic ignition and a new air conditioning unit. The leather interior has also been refreshed, sound and heat insulation renewed with a new boot carpet also fitted.

Also representing the UK is a 2008 Bentley Brooklands. One of only 50 UK supplied cars, this beautiful British classic is often described as the last ‘real’ Bentley ever made. Estimated at £90,000 to £110,000 the Bentley is finished in Moonbeam Silver with a quilted Cotswold Cream leather interior piped in French Navy Blue. With only 23,881 recorded miles, this iconic Brooklands was specifically ordered with a number of options which include Burr Oak veneers, Ultrasonic parking with reverse camera, satellite navigation and 20-inch wheels.