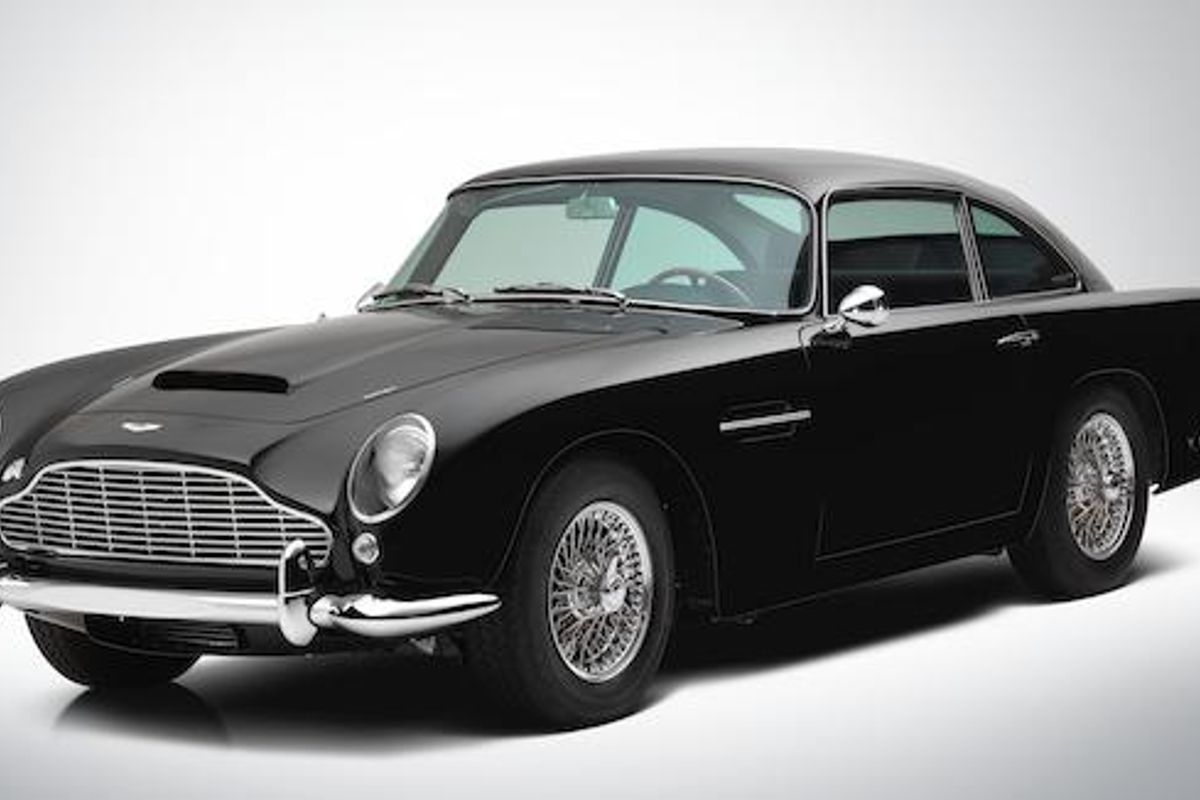 'When the products which are raced bear such a close resemblance to those which can be bought by the public, as do those of Aston Martin, only the most biased can deny the value of racing in improving the breed. It should be no surprise (that the DB4) should be based on an engine which first appeared in experimental form in some of last year's races.' - The Autocar, 3rd October 1958

Classically proportioned and instantly recognisable from the moment of its introduction, the Touring-styled Aston Martin DB4 established a look that would survive, with only minor revisions, until 1970. At its launch in October 1958, the DB4 marked a major turning point for Aston Martin as it was the first car of the David Brown era which neither used a chassis derived from the experimental Atom of 1939 nor an engine designed at Lagonda under the auspices of W O Bentley. Moreover, it was the first Aston Martin to carry Carrozzeria Touring's 'Superleggera' bodywork, in which light alloy panels were fixed to a framework of light-gauge steel tubes welded to a platform chassis. Although styled by Touring, the DB4's gorgeous fastback coachwork was built under license at Newport Pagnell by Aston Martin, which employed some of the finest panel beaters in the industry. The result was a car whose sleek lines were described as 'unmistakably Italian and yet... equally unmistakably Aston Martin.'

First seen at Le Mans the previous year in the DBR2, the 3.7-litre, six-cylinder, double-overhead camshaft engine was the work of Tadek Marek, formerly with Austin, while the gearbox was a new David Brown four-speed all-synchromesh unit. An immensely strong platform-type chassis, designed by Harold Beach, replaced the preceding DB2/4's multi-tubular spaceframe, the latter being considered incompatible with Touring's Superleggera body construction. The DB2/4's trailing-link independent front suspension gave way to unequal-length wishbones while at the rear the DB4 sported a live axle located by a Watts linkage instead of its predecessor's Panhard rod. Boasting disc brakes all round and with 240bhp on tap, the DB4 was the first production car capable of accelerating from a standing start to 100mph and back to rest again in under 30 seconds. At a time when few family saloons were capable of exceeding 70mph and took an age to get there, this staggering performance made the DB4 just about the fastest thing on the road, easily the equal of its Italian rivals.

Manufactured between October 1958 and June 1963, the DB4 developed through no fewer than five series. However, it should be made clear that the cars were not thus designated by the factory, this nomenclature having been suggested subsequently by the Aston Martin Owners Club to aid identification as the model evolved. The first had already undergone a number of improvements, including the fitting of heavy-duty bumpers after the first 50 cars, before the second series arrived in January 1960. A front-hinged bonnet, bigger brake callipers, and an enlarged sump were the major changes made on the Series II, while the third series featured separate rear lights, two bonnet stays, and a host of improvements to the interior fittings. The fourth series was readily distinguishable by its new grille (with seven vertical bars), shallower bonnet intake, and recessed rear lights, while the final (fifth) series manufactured between September 1962 and June 1963 was built on a 3.5" longer wheelbase (allowing for increased leg room and a larger boot) and gained 15" wheels, an electric radiator fan and the DB4GT-type instrument panel.

One of the most notable developments had arrived with the introduction of the 'Series IV' in September 1961, when a 'Special Series' (SS) or 'Vantage' engine became available as an option. The 'SS' incorporated a 9.0:1 compression ratio, larger valves, and triple SU HD8 carburettors, producing 266bhp at 5,750rpm, a gain of 26 horsepower over the standard unit. Almost all DB4 Vantages were built with the faired-in headlights of the DB4GT, including the car offered here.
The DB4 Series V Vantage is one of the rarest and most desirable of the DB range with only some 50 cars built in this final incarnation of the DB4. Indeed, the original 'James Bond' car used in the filming of 'Goldfinger' was a DB4 Series V, as they look virtually identical to the DB5 which at that time was not quite ready.

The gorgeous Aston Martin DB4 Series V Vantage offered here was delivered new to Sausalito, California and has spent the majority of its life in the dry Californian climate. The accompanying copy order form tells us that the purchaser was one Robert L Raphael of 166 Crescent Avenue, Sausalito, and lists the following items of non-standard equipment:

Chassis number 'DB4/1133/L' is one of a mere 17 original left-hand drive cars produced, of which fewer than half left the factory with covered headlights. The Aston benefits from a recent five-year (2010-2015) concours standard restoration carried out by Kevin Kaye, which was followed by six months further work at the world-renowned marque specialist, R S Williams. Originally black with red interior, the car been refinished and re-trimmed in striking all-black livery. Photographs and sundry invoices relating to the restoration are on file together with an Aston Martin Certificate of Origin, BMIHT Certificate, and a UK V5 registration document.

Boasting fully matching numbers, '1133/L' represents a wonderful opportunity to acquire a concours-standard example of this ultra-rare and most sought-after Aston Martin model.