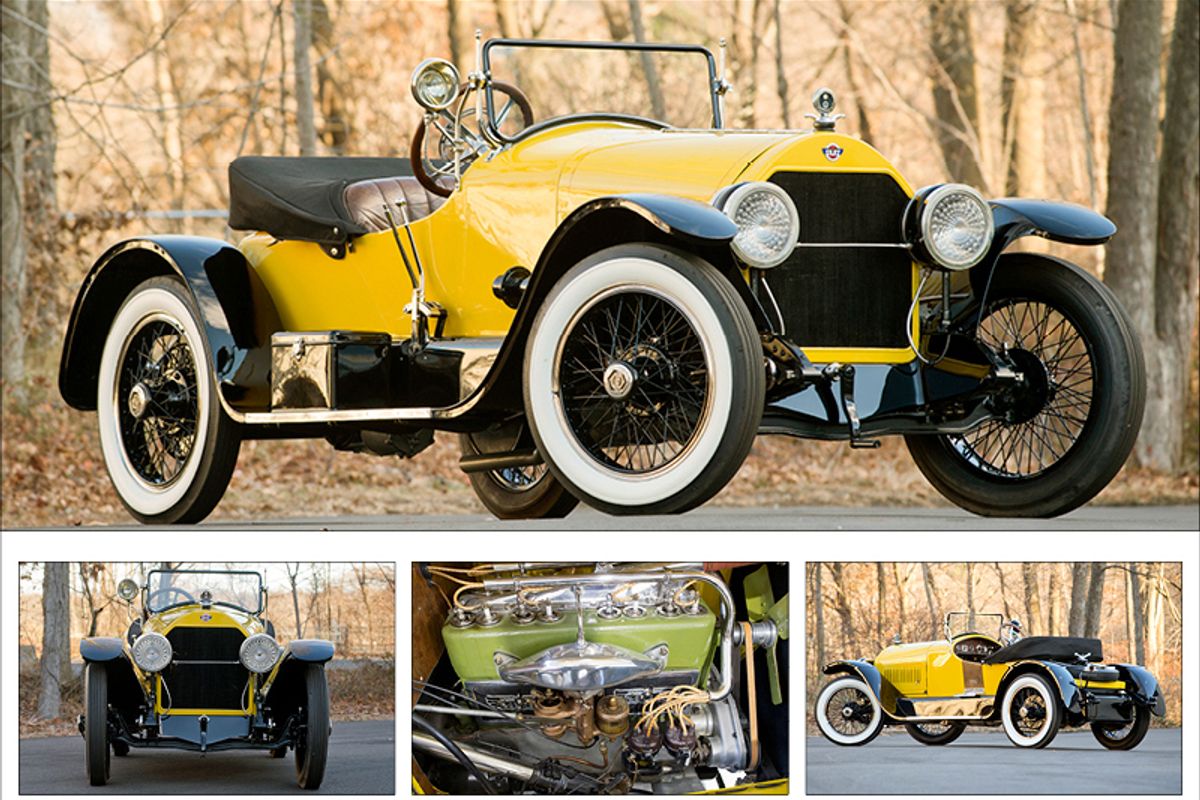 It is often said that the first race occurred shortly after the second car was built, and while there may be some truth to that, we do know for sure that the sport of motor racing was an integral part of the development of the motorcar. By building cars that could withstand the punishment of high speeds over several hundred miles, technology was improved in many ways. Whether it was advances in tire durability, lubrication, or the strength of steel, the primitive racecar of the early days was a virtual test bed of technological developments. Companies also made their name and reputation on the racetrack and a victory in a race like the Vanderbilt Cup or the Indianapolis 500 could literally ensure the survival of a new marque. It is in this way great car builders like Locomobile, Winton, and Mercer staked their claim as feared competitors on the track as well as reliable builders of cars for everyday transportation.

Not be left out was Harry C. Stutz, who dabbled in motorcars for several years before becoming enamored with the action surrounding the inaugural running of the Indianapolis 500. Harry built a car for the race in just five weeks and finished with a respectable 11th place. This astounding feat is even more amazing when one considers that all the cars in front had much bigger engines that Harry’s 389 cubic-inch four-cylinder engine. The context of Harry’s Stutz’s finish in the first Indy 500 is also thrown into sharp relief when one considers that the average car in 1911 had enough trouble getting around town, let alone running flat out for a full 500 miles. The Stutz’s finish was good enough to earn the slogan that would carry the car through several decades as “The Car that made good in a day,” became the battle cry for what would go on to become one of America’s most feared competitors on the race track.

Offered here is a stunning example of the Bearcat heritage, a 1920 Series H Bearcat that recently underwent service and a few sympathetic upgrades that has maintained it to its glorious factory appearance. The gearbox and clutch have been recently serviced and the Hartford friction shock absorbers have been completely restored and detailed. The linoleum on running boards and floorboards were replaced and a new convertible top was installed. Riding on a 120-inch wheelbase, this Bearcat carries the performance appearance that literally defined the early days of motorsports. It was previously housed in the care of multiple well-known collections including the famous Jasper Wigglesworth Collection of fine American motorcars. Everything about this roadster speaks to an era of unbridled passion for speed. Finished in a lovely two-tone yellow and black, it carries the look that characterized the American racecar. The Stutz name is proudly displayed on the radiator where a Boyce motometer accents its smooth hood line. A set of authentic drum lights are fitted with assessor lenses and outboard shifting levers speak to an era of sporting performance. The interior features all the period-correct simplicity that the early days of motoring were known for with beautiful woodwork in both the dashboard and the steering wheel. All gauges on this Stutz are authentic and the interior is upholstered in fine brown leather. Power for this Bearcat comes from a huge four-cylinder T-Head engine that generates 80 horsepower at a time when Henry’s Model T pegged the floorboard at 22 ponies. This Bearcat rides on color-keyed wire wheels with dual spare tires mounted at the rear. This Bearcat is also a car that car runs as well as it looks with a sound that can only come from an early performance car. Recently, as a testament to the quality of the car, it was an award winner at the Elegance at Hershey.

There are very few cars that carry the legendary status of the Stutz Bearcat but, with its raw power and purpose-built design, the Bearcat is a car that was a winner in its day and also created a legacy that was talked about for decades. This well-known and beautifully restored example, with its dedication to authenticity and unparalleled attention to detail, is a motorcar that becons to be driven, enjoyed and also provides a striking option for the show field.