Matching numbers Porsche 356B for auction at no reserve 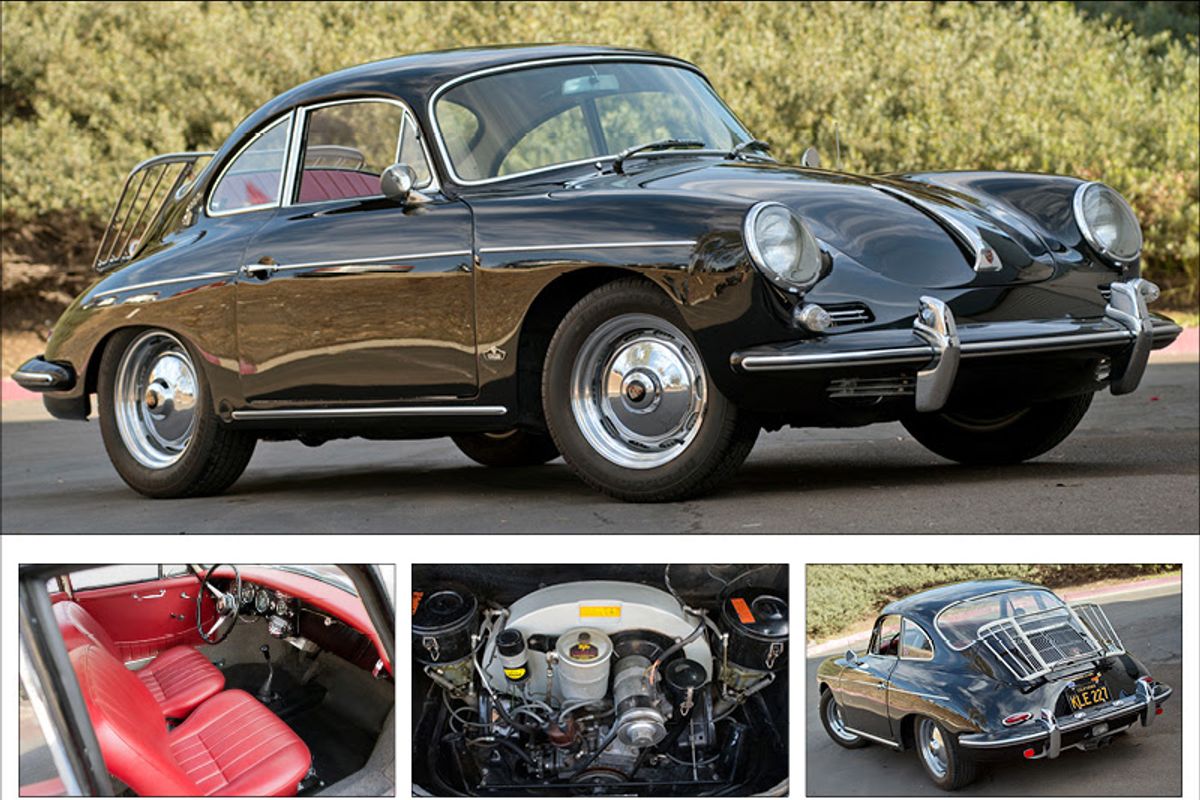 Throughout the lifespan of the legendary Porsche 356, this little air-cooled, rear-engine sports car evolved from what some early pundits described as a souped-up Volkswagen, into a world-class and highly respectable sports car. One of the most important evolutionary steps for these cars was the introduction of the 356B Super for 1963. While the venerable four-cylinder engine was providing adequate power to go from 0-to-60 mph in about 12.8 seconds, hitting 90 mph in 29.4 seconds, the best upgrade in this Porsche’s life was its handling. Earlier models of these little cars took specialized training in the road-control department. While the early 356s could be trained to follow commands on a road course, it took time and a bit of ESP to determine exactly where the rear-end of the car was going to end up. With the 356B Super’s introduction, improvements started with a stiffer torsion bar system, resetting of the shock absorbers, plus new more road hugging tire designs plus overall suspension geometry adjustments. All these improvements combined to provide the driver with a more positive feel and sense of control, whether on the road or the track.

Car & Driver magazine laid out the goals and achievements that this little company from West Germany had presented. “The emphasis veered from the stark semi-competition car to the luxurious "businessman's express". Which brings up a point: the Porsche does what the Thunderbird would like to do — it's a very "personal" car and a status symbol of connoisseurs who know automobiles and appreciate fine points of design and craftsmanship. It also does everything most sports cars try to do, representing the ideal they are all striving after.” Simply put, if you loved performance and were confident enough to grab a bull by the horns, then the 356B Super might be just the car for you.

Presented for your consideration is the ideal Porsche for show or enjoyment on a classic road rally. Under fastideous ownership, this example is in turn-key road-ready condition. According to the factory supplied Porsche Certificate of Authenticity, this little coupe is presented just as it left the factory in Zuffenhausen in its original livery. The sleek body is finished in deep black while the interior seats have been restored to their original pleated red vinyl. All the factory gauges are clean and clear, easy to read, while the other interior appointments are just as they were when new. Mounted in the dash is an original Blaupunkt AM-FM radio with the speakers professionally mounted in the front kick panels. Riding on a set of fresh tires, the chrome wheels are adorned with original hubcaps adding to the sparkle of this little coupe, which is topped off with a luggage rack mounted to the rear engine cover. The drive train is reported to have been refurbished and ready to go. From a collector’s point of view, this sharp little coupe has its original engine and transaxle and appears to have never had any major body work in its 56-year lifetime. For the Porsche fan who wants a car that will make others jealous and that can be driven and appreciated, this 356B Super Coupe is an ideal selection that can be proudly displayed and, above all, enjoyed.