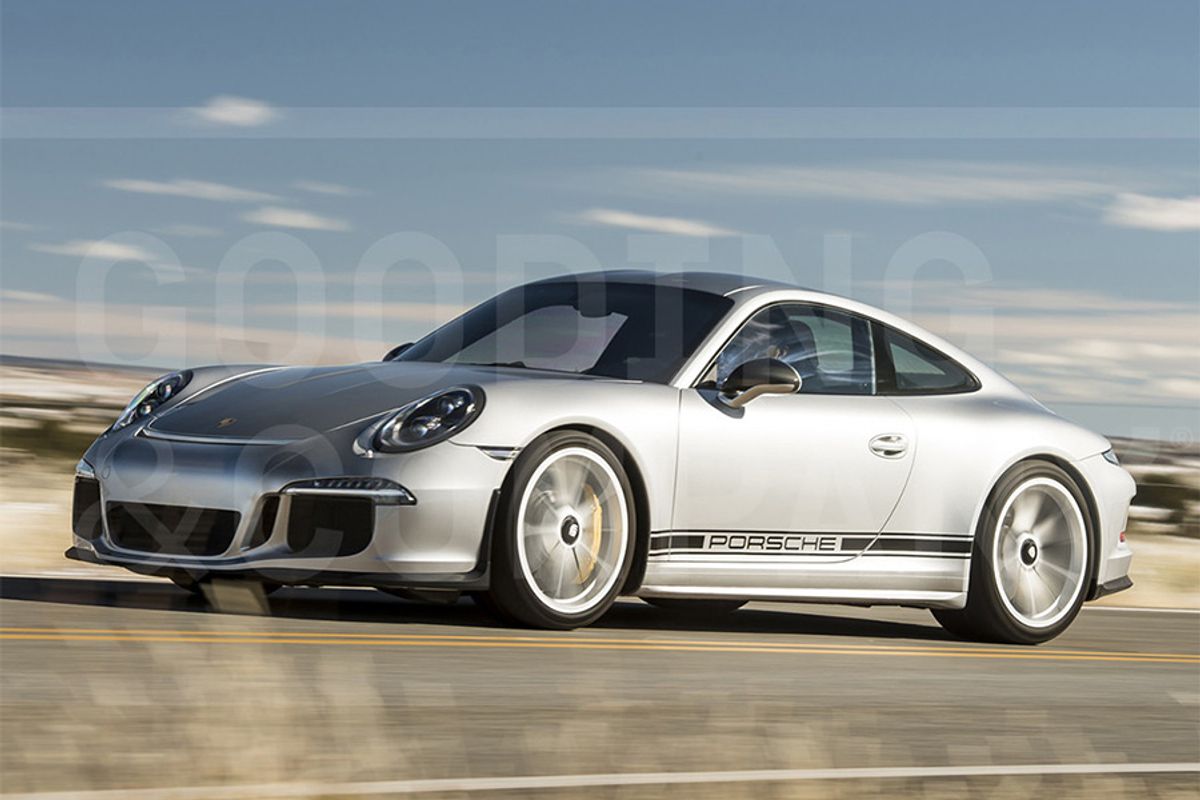 “Nice spec - in the ridiculous speculator market – one of the higher mileage examples on offer with a “huge” 2400 miles!”.

One of 991 Examples Built; One of 296 Delivered to the US
One Owner and Less than 2,400 Miles from New
Delivered New as Part of the 918 Spyder Circle Program
Accompanied by Books, Keys, CARFAX Vehicle History Report, and Car Cover
Exclusive and Engaging 911 Model

The 911 R of 1967 is the father of all factory-supplied motor sport derivatives of Porsche’s 911 model. Spearheaded by Ferdinand Piëch, who had been promoted to head of R&D at Zuffenhausen in 1966, and racing mechanic Rolf Wütherich, the 911 was systematically stripped of every ounce of superfluous weight. The hood, doors, and fenders were replaced by fiberglass items, and Plexiglas replaced glass. As a result, the 911 R weighed 400 pounds less than its production counterpart, helping it enjoy considerable success in competition and speed-record attempts.

The 2016 edition of the 911 R, based on the 991.1-generation GT3 and GT3 RS and touted by Porsche as a “puristic sports car in classical design,” invoked the spirit of its predecessor via simpler, lightweight design cues, including reduced sound insulation, a sculpted magnesium roof panel, and carbon fiber fenders and hood. Red or green center stripes, side-mounted Porsche logos, houndstooth cloth upholstery, a smaller steering wheel, and fabric loops replacing the standard interior door pulls were additional aesthetic throwbacks to the 1967 original.

While eschewing the dramatic fixed rear wing and aggressive aerodynamics unique to the GT models, the 911 R was powered by the same naturally aspirated four-liter flat-six from the GT3 RS. Producing 500 hp at 8,250 rpm and 338 lbs./ft. of torque at 6,250 rpm, the 911 R added driver involvement and pleasure by way of a short-throw six-speed manual gearbox, not available in the GT3 or GT3RS. The 911 R accomplished 0–60 mph in 3.7 seconds and had a 201 mph top speed.

This 2016 911 R was delivered new through Porsche North Scottsdale to its first and only owner as part of the 918 Spyder Circle program in December 2016. It is finished in GT Silver Metallic with black Porsche lettering and a black leather interior and features desirable lightweight bucket seats with houndstooth inserts. Specified with almost $30,000 of optional extras, this Porsche’s equipment highlights include a front-axle lift system, air-conditioning, Sport Chrono package, LED headlights, and a single-mass flywheel that reduces weight by 11 pounds, increasing responsiveness and letting the engine rev even more freely.

Wrapped in full XPEL Ultimate clear wrap and offered with books, window sticker, cover, and CARFAX Vehicle History Report, this 911 R presents in exceptional condition and displays less than 2,400 miles on the odometer at the time of cataloguing. Limited to just 991 units and all offered to preferred customers, the opportunity to acquire a purist 911 R should not be missed.

Or pick your Porsche from other lots to cross the block at this auction: