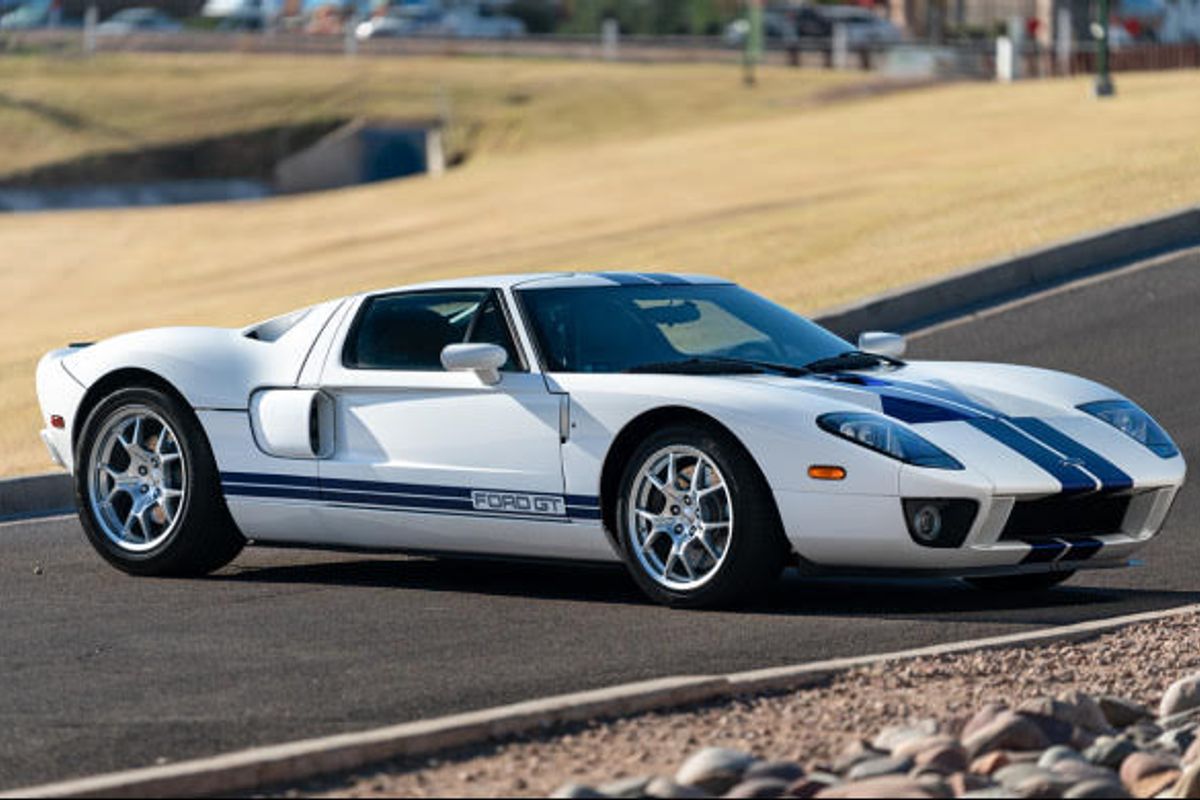 They Say:
Unveiled in Detroit by Bill Ford and J Mays in 2002 as a concept echoing the legendary GT40 Le Mans racer, the Ford GT celebrated the company’s centennial. After three years of development with guidance from Carroll Shelby, the Camilo Pardo-designed GT debuted as one of the most powerful supercars in the world.

Mr. Blakely was meticulous about the GT, never driving it in rain or on a racetrack, and he finally parted with it in 2014. Mr. Blakely’s one major trip, a little more than 500 miles round-trip from Houston to Pittsburg, Texas, was to visit Carroll Shelby’s ranch. During the visit, Shelby signed his name underneath the GT’s hood. Today, 00029 is accompanied by extensive documentation, including documents detailing the build process and photographs. The current owner, an important Ford customer, has treasured the GT as part of his esteemed collection. This low-mileage GT offers the next owner a superb example of the quintessential modern American supercar.