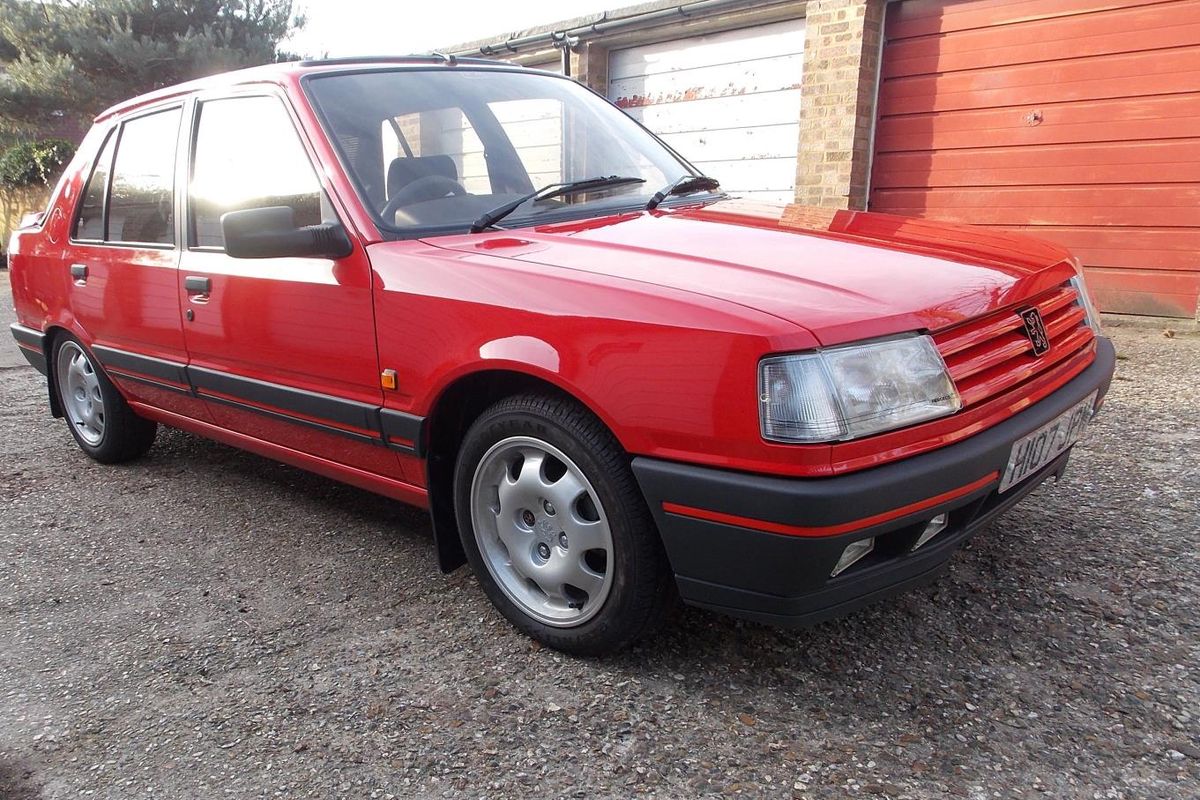 An immaculately-preserved, totally original one-owner 1991 Peugeot 309 GTi with a remarkable 131 warranted miles on the clock is among the early entries for Barons’ Classic Winter Warmer sale at Sandown Park on February 26.

The vendor bought the car new in 1991 but was working overseas a great deal and had a second car, so the Peugeot was barely used, as the mileage so clearly shows. Throughout its life the car has been kept garaged and it is in showroom condition. Engine, electricals, interior, bodywork etc. are as-new and, with a guide price of £8,000-£11,000 it represents a fantastic opportunity to acquire a ‘new’ classic family saloon that can only prove to be a sound investment for the future.

American car fans will be drooling over the immaculate 7.5-litre 1976 Lincoln Continental Mk IV - which could also appear to music fans, as it was owned for 12 years by the drummer Mark Brzezicki who is mainly known for his work with Big Country but how has also played with The Cult, Ultravox, Roger Daltrey, Brian May, Peter Gabriel, Lionel Richie, Peter Gabriel and Procol Harum. The Lincoln is the extremely rare and luxurious Versailles model, with Cartier interior clock - which still works perfectly. At £10,000-£13,000 it’s a huge amount of gloriously over-the-top luxury American motoring for the money, and comes complete with a fantastic amount of history, including rare workshop manuals.

Entries also include a 48,000-mile 1981 Range Rover Classic 2-door. This highly desirable 4x4 comes with the rare power steering option and Friary overdrive and has already had a great deal of money spent on it, including a full body respray, new fuel tank, Holley carburettor and full new interior. It’s a real eye-catcher, in Bahama Gold and definitely more early Land Rover than modern Range Rover to drive! This charismatic and practical car to own and use has a guide price of £9,000-£11,000.

For those looking for something to get their teeth into for the spring, there’s the 1974 VW Karmann Ghia convertible restoration project. This RHD model has recently been imported from Ireland and is offered at no reserve; a great chance for an enthusiast wanting to take on a project that results in a really pretty and enjoyable classic.