Series 1 Land Rovers to go under the hammer at CCA 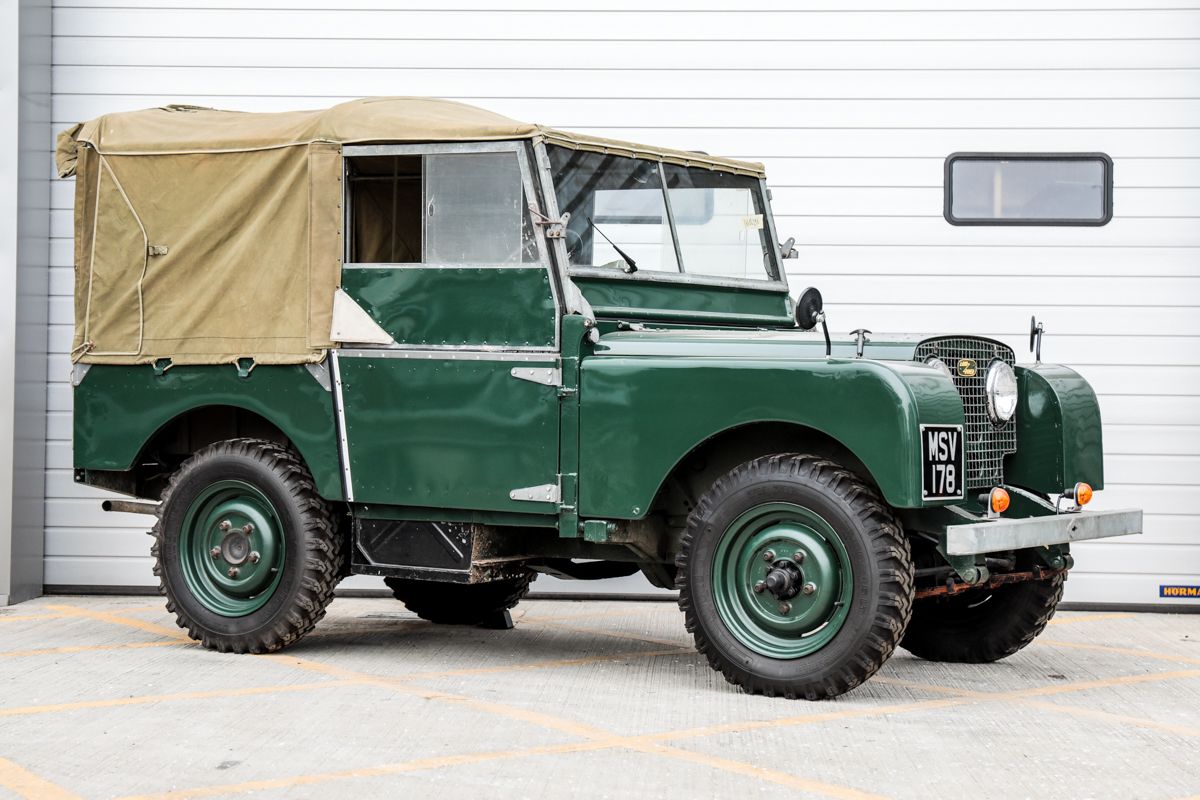 Two fine examples from Aston Martin and Jensen
Three examples from Rolls Royce including a Corniche offered
The Classic Car Auctions (CCA) sale on the 23rd and 24th March, at the Practical Classics Classic Car and Restoration Show will feature a variety of British classics to go under the hammer.

A number of Land Rovers will be up for auction with a 1951 Series 1 leading the charge. Land Rovers have become such an iconic vehicle in British motoring history, rarely changing in design until now with the imminent launch of the new Defender. Series 1 Land Rovers are always in hot demand and CCA have this lovely 1951 edition in traditional green with a Land Rover Heritage certificate. With a low estimate of £12,000 this looks to be a great offering.

Carrying on the British theme, a really splendid 1968 Jenson Interceptor Mk1 is being offered. This is an automatic version with the Chrysler 6.3 V8 fitted and only 84,000 miles. The car has had some of the bodywork refreshed in 1992 with new panels and floorpan. It comes with an extensive history file and the original bill of sale. With Jenson prices having been depressed the last few years, there now appears to be a resurgence, according to specialists Cropredy Bridge. Could this be the time to own an appreciating asset?

With the summer months coming shortly, now could be the time to indulge in some true comfort, a 1985 Rolls Royce Corniche to float around the UK lanes or even take to Europe as this car is left hand drive. It grew up in New York before being imported to the UK in 2014 where it is now registered with 70,050 miles on the clock. The car had been in storage for the last couple of years but has since been re-commissioned for sale. This car is one of several Rolls Royces being offered.

If you fancy something a bit more sportier, CCA have a 1999 Aston Martin DB7 Coupe. This car was supplied new in the UK before it was exported to Canada and then returned to the UK two years ago. It has a very low indicated mileage of 25,122 miles and has been fastidiously maintained. Finished in British Racing Green with green piped parchment leather interior, this is a fabulous example to own.

With further lots from other British manufacturers, Lotus, Jaguar, Bentley, TVR, Rover and Triumph, there will be plenty to bid for depending on your budget.

Gary Dunne from CCA commented “I am looking forward to a fantastic event, we have a great level of cars with some true British classics. With prices for Jensen showing movement, Aston Martins and Bentley always offering great interest, the sale is looking very promising.”