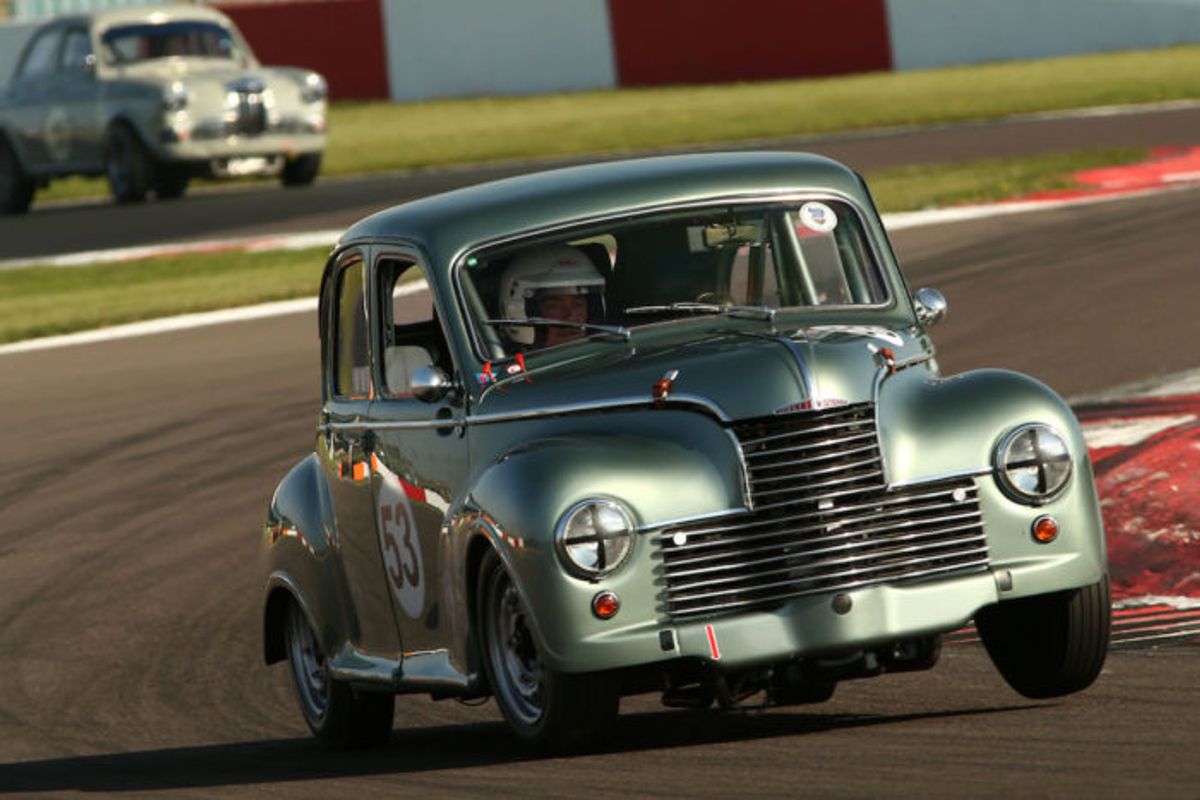 There is a fantastic array of grids for you to enjoy over the Bank Holiday weekend of May 3rd, 4th and 5th at this year's Donington Historic Festival.

We shine the spotlight on some of them...
HGPCA NUVOLARI AND ASCARI TROPHY RACES

The Nuvolari and Ascari Trophy Races for pre-61 front-engined GP cars are organised by the Historic Grand Prix Cars Association and supported by Supagard and Hall & Hall. Remember the heady days when national pride and colours defined the appearance of racing cars, not sponsorship deals worth tens of millions of pounds? The Historic Grand Prix Cars Association does. Indeed, since 1979 its members have striven passionately to preserve the heritage of the titanic machines (and their courageous drivers) which made motor racing history at the highest level when it was a sport.

What to expect out on the track?
Beautiful pieces of motor racing history dating from 1925 to 1961, with fabulous machines that raced in period in the hands of the biggest stars of the day.

The HRDC grids at Donington Historic Festival are packed with a fabulous variety of cars and are hugely entertaining. This year we’re delighted to welcome a third HRDC grid to the Festival line-up. The ‘Allstars’ feature pre-66 sports, GT and Touring Cars, which we suspect will be driven with the enthusiasm and brio that characterises all HRDC races.

What to expect out on the track?
Plenty of thrills from fabulous machines such as the TVR Griffith, Bill Thomas Cheetah, Austin-Healey Jamaican and Daimler 250SP ‘Dart’.

We have masses of Formula Junior action for you at DHF 2019! These lovely little machines, developed for a racing formula that was introduced more than 60 years ago to train and bring on future Grand Prix drivers, always deliver outstanding and highly competitive racing.

What to expect out on the track?
Prepare to be thoroughly entertained as Elva 100 takes on Bond  FJ or Terrier Mk 4 and Merlyn Mk 2. Or how about Lotus 20/22 vs Brabham BT2?

The Rear-Engined Formula Juniors qualify at 18.35 on Friday 3rd May, race at 14.40 on Saturday 4th May and close the Festival in great style with our last race, at 18.05 on Sunday 5th May.

What to expect out on the track?
The Woodcote Trophy features some of the most beautiful road-racing cars ever built. Leading the pack you can expect to see Cooper-Bristols battling with Cooper Jaguars and a rare Lotus Mk X. Look out also for such glorious models as D-type Jaguar, Aston Martin DB3S and Maserati 300S. Further down the field – but no less competitive in their class – you’ll find Austin-Healey 100s, Triumph TR2s and Jaguar XK120s. Brilliant stuff!

Like Lotus Cortinas? You’ll be in seventh heaven at DHF 2019 when U2TC takes to the track. The Fords don’t have it all their own way, though, in this lively grid for pre-66 under two-litre Touring Cars.

What to expect out on the track?
There’s always stiff opposition for the Lotus Cortinas from such models as BMW 1800 TISA, Mini Cooper and Alfa Romeo Giulia Sprint GTA and, with names such as Steve Soper featuring in previous years, you can be sure of some fantastic battles out on track. It was so exciting last year that even the Dakota from the Royal Air Force Battle of Britain Memorial Flight took a peek! The Alfaholics 1600 GTA took the chequered flag every year from 2014-17 and finished second overall in 2018 – we suspect they’ll be looking to regain supremacy this year!

What to expect out on the track?
Entries range from Austin A35s and A40s to Ford Thunderbirds, Alfa Romeo Giulietta Ti Berlinas, Morris Minors, Mk1 Jaguars and Volvo Amazons. But we’re particularly fond of the Jowett Javelin!
When to see them at DHF 2019?
The Touring Greats will be qualifying at 11.15 on Friday 3rd May, and racing at 16.10 on Saturday 4th May.

The GT & Sports Car Cup (GTSCC) is for genuine pre-66 GT cars and pre-63 sports-racing cars of a type that was raced in period in the World Endurance Championship.

What to expect out on the track?
On an ‘invitation only’ basis, the GTSCC attracts entries from owners of some of the most glamorous and spectacular cars. It’s big on quality and quantity and the grids are jam-packed with gorgeous machines… E-type Jaguars square up to AC Cobras while Lister Jaguars and Maserati T61 ‘Birdcages’ do battle with Lotus 15s. Also expect to see Austin-Healey 3000s, MGBs, 956 and 911 Porsches, Chevrolet Corvettes,Shelby Mustangs and TVR Granturas.

You’ve got to love the ‘Mad Jacks’! Motor Racing Legends’ longest-running race series; the Pre-War Sports Car Series is for all sports cars built before 1941. Cars must be close to original production specification; run in ‘road-going’ trim, with wings and lights; and run on ordinary pump fuel. They are raced with a vigour and competitiveness that belies their age and the ‘Mad Jack’ moniker is a tribute to Richard ‘Mad Jack’ Shuttleworth, aviator and racing driver, who won the first-ever Donington Park Grand Prix back in 1935.

What to expect out on the track?
All the famous pre-War marques are represented: Alfa Romeo, Alvis, Aston Martin, Bentley, Bugatti, Frazer Nash, Lagonda, MG, Riley, Talbot and a host of other marques.