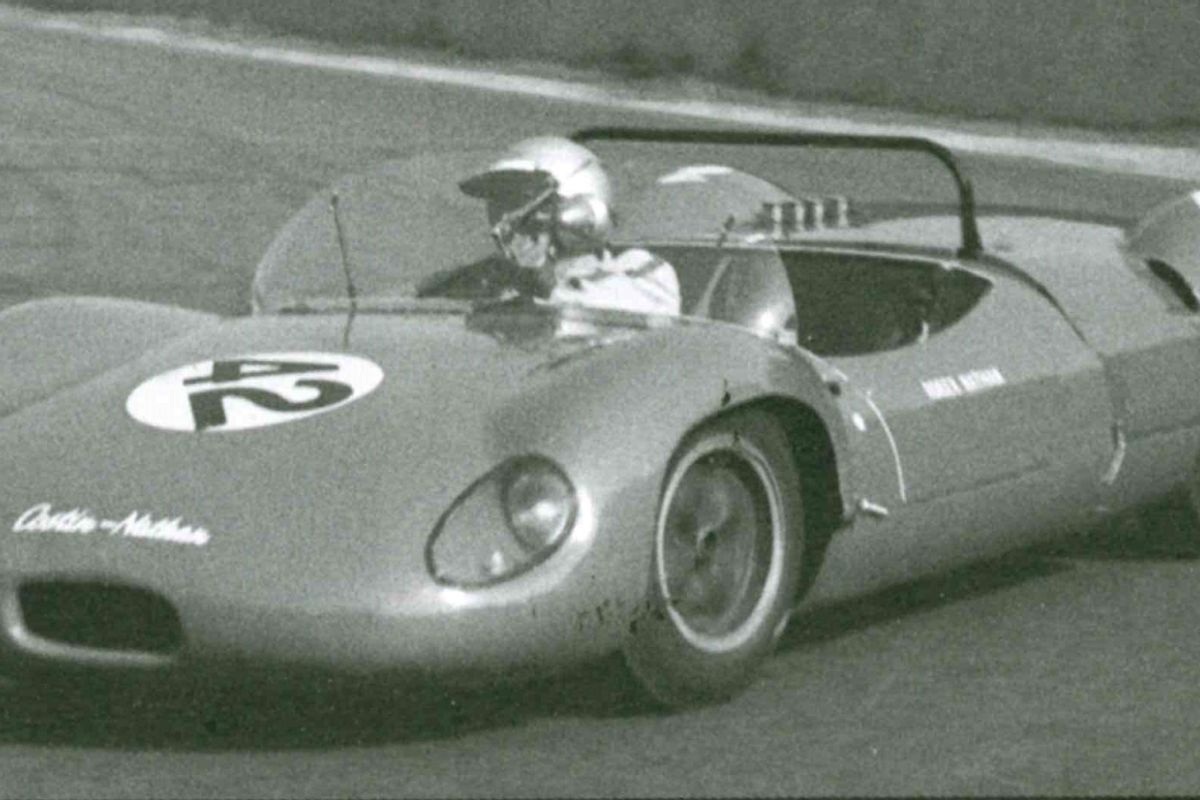 The unique Costin-Nathan racing car prototype will roar into life at Beaulieu’s silver Spring Autojumble on May 18th and 19th to celebrate the arrival of the new National Motor Museum exhibit.

The hand-built racer, which became a David which slayed Goliath on the competition track half a century ago, will make its public debut after a complete restoration.

At 3pm on Saturday May 18th, Spring Autojumble show-goers can see this incredible machine up-close with a start-up by its original creator and racing driver Roger Nathan, who also masterminded its painstaking restoration back to original condition.

With its unusual wooden construction and highly tuned Hillman Imp engine, the 1965 Costin-Nathan was the brainchild of Nathan and automotive engineer Frank Costin. With Nathan at the wheel, the prototype made its mark by winning the Coupes de Paris race at the Montlhéry circuit in 1966 – beating the big race teams.

After being sold, the car was later rediscovered in 2016 and sold at auction to its new American owner who commissioned Nathan to restore it. The show unveiling marks the end of this mammoth project in part of the celebrations for Spring Autojumble’s 25th anniversary, where exhibitors are invited to decorate their stands in silver and send their memories and pictures to SAJ25@beaulieu.co.uk.

Marking another anniversary at this year’s show is the Mini 60 display, which will put one of Britain’s greatest classics in the spotlight with a timeline of every major milestone in the classic Mini’s lifespan from 1959 to 2000. The Mini Cooper Register display will bring together a wide range of Minis, with more than 40 rare and remarkable examples already confirmed to join the display including an ex-BMC Works rally Mini, Mini Cooper police car, Mini vans and pick-ups, an Italian-built Innocenti Mini Cooper and the luxurious Radford Mini used in the 1966 BBC TV series Adam Adamant Lives!

Event sponsor Practical Classics will join the Mini celebration by bringing its own project car, a 1968 Austin Mini estate that has been off the road for more than 40 years. See this tiny time-warp and chat with the team about their latest project.

Another automotive star of the Practical Classics stand will be the 1959 Standard Ten Gold Star that was saved from certain destruction in Ford’s scrappage scheme. This low-mileage family saloon, known as Bluebell, captured the hearts of thousands of classic enthusiasts who joined a campaign to overturn its destruction order. Newly returned to the road and making its Beaulieu debut at the show, the Standard will stay on display in the National Motor Museum throughout the summer.

Bargain hunters can scour Spring Autojumble’s 1,000+ stands packed with classic car parts, motoring literature and automobilia bargains – and even perhaps find a dream Mini amongst the range of classics for sale in Automart and Dealermart.

Other features include a return of the Dorset branch of the Morris Minor Owners’ Club popular display MoggyFest, while the Morgan Sports Car Club will showcase an impressive selection of its members’ classic British sports cars. Show regulars the Wessex Car Club will also show a variety of vehicles.

Enthusiasts for another British legend can enjoy Beaulieu’s Land Rover Rummage on Sunday 19th, as everything Land Rover-related is bought, bartered, swapped and sold in a section of the show dedicated to Britain’s favourite 4x4. Also on Sunday is popular Trunk Traders, a treasure trove for surplus spares, tools, books and automobilia.

One-day and two-day Spring Autojumble tickets can be bought online with an advance discount until 5pm on Thursday 9th May. For tickets and details see www.beaulieu.co.uk/events/spring-autojumble or call 01590 612888. Event tickets include entry to the whole Beaulieu attraction, including the National Motor Museum with its new Chitty Chitty Bang Bang 50 Years display, World of Top Gear, On Screen Cars, the ancestral Montagu family home of Palace House, 13th century Beaulieu Abbey and the grounds and gardens.

Exhibitors and Trunk Traders can book their stand online at www.beaulieu.co.uk/events/spring-autojumble/exhibitors or contact the Beaulieu Events team at events@beaulieu.co.uk or on 01590 614614.