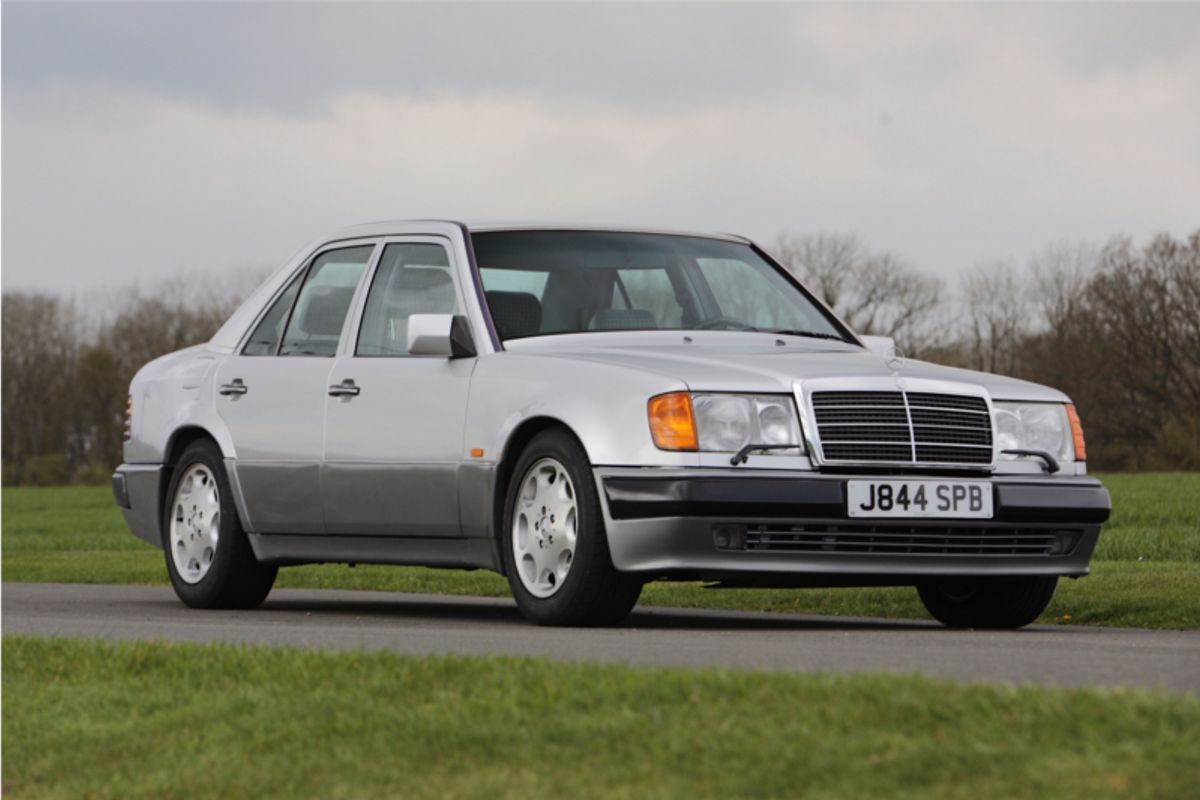 The next Classic Car Auctions (CCA) sale on the 25th May at the Warwickshire Exhibition Centre is set to have a number of star lots, including a 1991 Mercedes 500 E owned twice by Rowan Atkinson.
Leading the sale is the 1991 Mercedes 500 E currently owned and offered by Rowan Atkinson CBE. A known car enthusiast and historic racer, Rowan likes to enjoy his cars rather than tuck them away. His most prized car, which was recently sold, the Mclaren F1, is well documented.
The Mercedes 500E he is offering is extremely unusual in that Rowan has owned it not once, but twice.

He bought the car new in 1991 and owned it for four years before selling it on to its second owner, who then owned the car for the next 23 years. Rowan then repurchased the car in July 2017 as he had enjoyed it so much and now offers it for sale again.
This particular Mercedes 500 E is a real rarity as it is 1 of only 29 UK supplied cars in Left Hand Drive and is a serious power house. The ultimate wolf in sheep’s clothing, its 5.0L V8 goes from 0 to 62 mph in 5.5 seconds and tops out at 161mph.

It has regularly been featured in Car Magazine over the years and comes with a comprehensive history file. With an MOT until 2020 and attractively guided to allow for some tidying up, this could be you chance to own an extremely unique car being offered at no reserve.

Gary Dunne, Classic Car Auctions auction manager commented “We are delighted to be offering a car direct from Rowan Atkinson. It has such an unusual story in that he has owned it twice.”
We often have unusual stories and this one is one of those, especially for a celebrity to repurchase his car after such a long period”
We generally do well with celebrity cars and this car is going to generate a lot of interest, not just because who owned it but also the rarity of the car.”