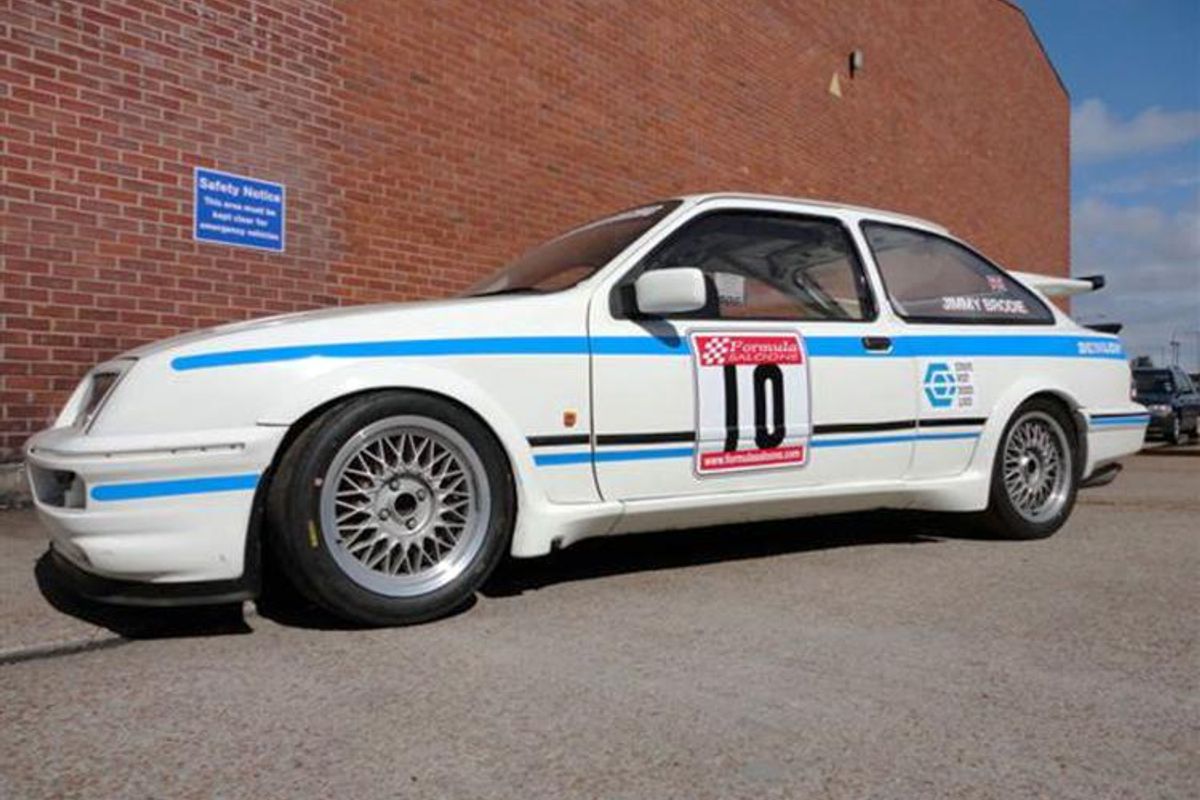 They Say:
Always quick to support the performance and motorsport markets, Ford introduced the be-winged XR4i in 1983, followed by the XR4x4 in 1985, and the Sierra RS Cosworth in 1986. The latter was conceived to gain homologation for Group A Touring Car racing, out of which grew the all-conquering RS500 Cosworth. Just 500 righthand drive such homologation specials were created for Ford by Aston Martin Tickford, with the aim of making the already highly competitive Sierra Cosworth 'unbeatable on the race tracks'. The intention was to finish them all in Black, but 56 ultimately ended up White and 52 in Moonstone Blue. The key differences between the standard product and the RS500 were: thicker walled cylinder block; larger Garrett turbocharger and intercooler; uprated fuel pump; uprated oil and cooling systems; and secondary rear spoiler. The engine upgrades increased output from 204bhp to 222bhp and the RS500 ultimately won 15 national series, including the 1990 British Touring Car Championship.

The infinitely more powerful version now offered was constructed by Brodie Brittain Racing c.1992, the shell employed for which featured welded seams and foam filled cavities. The output of its T4 turbo engine is understood to be c.500bhp, but the attendant water and breather systems will apparently handle up to 600bhp. Other notable features of this very fast Ford include: big bore stainless steel exhaust system, big brakes, BBR suspension and 16 inch BBS wheels. The 'Cossie' is smartly presented in a livery of White with Blue and Black stripes, and comes complete with full roll cage, full harness seat belt, Corbeau racing seat, on-board fire extinguisher etc. It is presently considered by the vendor to have 'excellent', bodywork, paintwork, competition engine and five-speed manual gearbox and, the veteran of a mere 10 races, is now ready to commence an exciting new life on road or track.