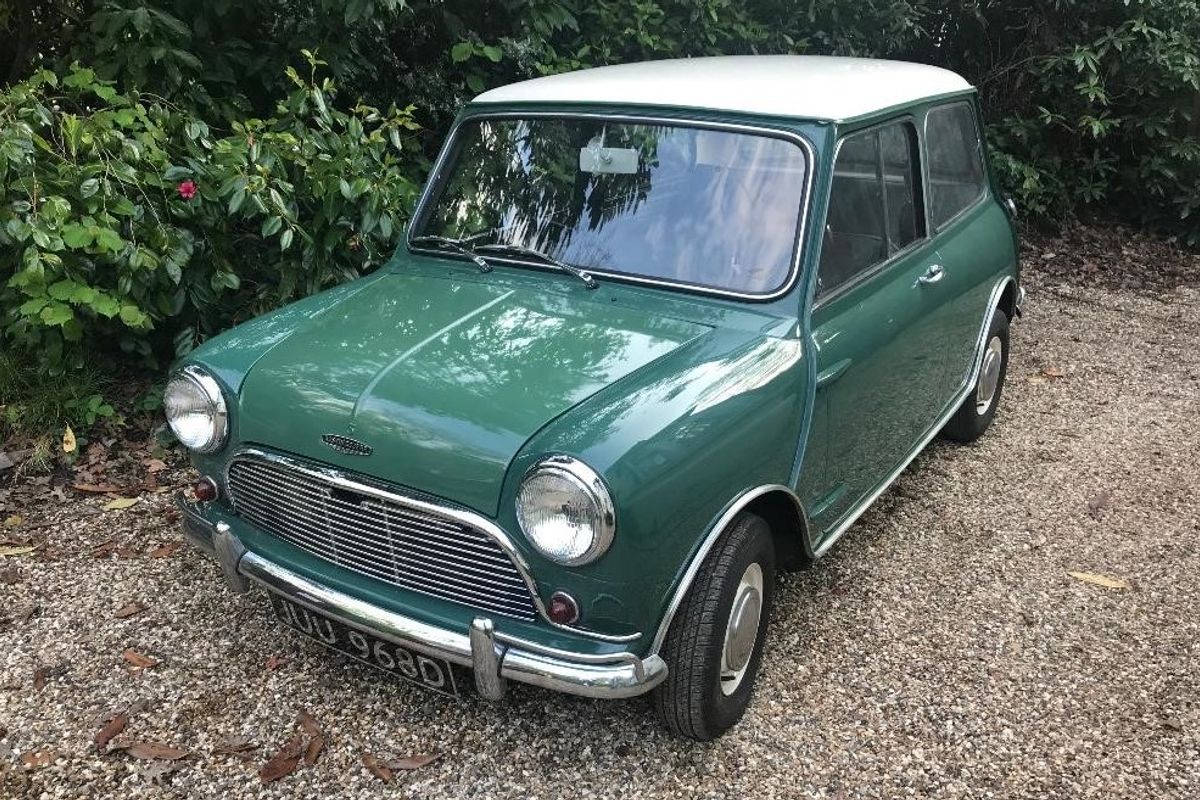 After consolidating its strong start to 2019 by selling 63% of the lots on offer in its April sale, Barons is now looking forward to its British Heritage, Classic & Sports Cars sale next Tuesday, June 4 at Sandown Park.

"A more powerful Mini Cooper, dubbed the "S", was developed and released in 1963. Featuring a 1071 cc engine with a 70.61 mm bore and nitrided steel crankshaft and strengthened bottom end to allow further tuning; and larger servo-assisted disc brakes, 4,030 Cooper S cars were produced and sold until the model was updated in August 1964. Cooper also produced two S models specifically for circuit racing in the under 1,000 cc and under 1,300 cc classes respectively, rated at 970 cc (59 cu in) and a 1,275 cc (77.8 cu in), both had a 70.61 mm (2.780 in) bore and both were also offered to the public. The smaller-engine model was not well received, and only 963 had been built when the model was discontinued in 1965. The 1,275 cc Cooper S models continued in production until 1971.

This 1966 Austin Mini Cooper S is described by the vendor as a lovely example and has recently been re-commissioned. It is a 1275 Cooper S with all correct details, that drives very well indeed. The car benefits from a new wiring loom, all new hoses, new Master cylinders, new Servo, new radiator and Dunlop SP tyres.

It comes with a Heritage Certificate to prove its originality."