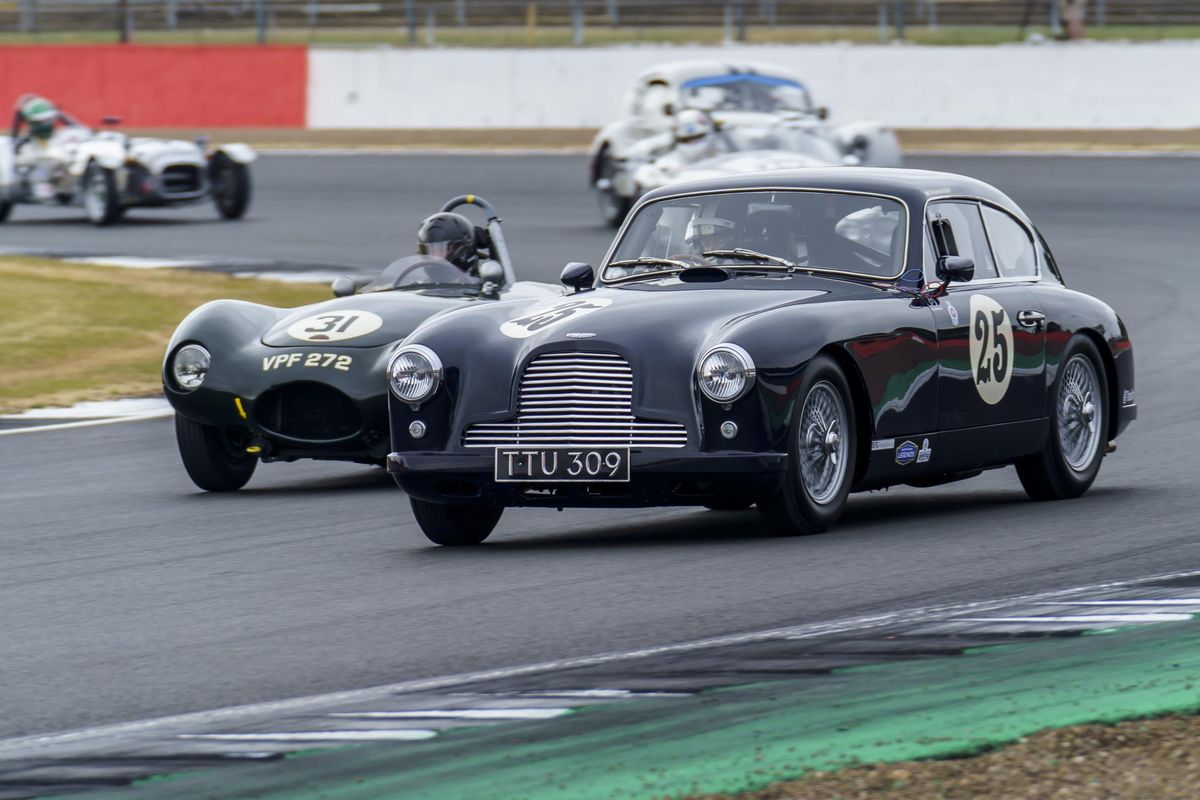 With less than two months to go until Silverstone Classic it is a timely moment to update you on the latest developments regarding Aston Martin Heritage Racing’s participation in the world’s largest historic racing weekend.

Front and centre is the AMHR Festival Series race. Created as a home for Aston Martin Racing’s back-catalogue of GT racers, this exclusive grid encompasses everything from the iconic Le Mans-winning GT1 DRB9 first raced in 2005 to the equally successful first generation V8 Vantage GTE, which rounds-out its top-flight racing career at this year’s Le Mans 24 Hours.

With the DBRS9, Vantage GT2, V12 Vantage GT3 and pre-2018 Vantage GT4 also eligible to race - plus a varied Invitation class for ‘specials‘ - such as the Aston Martin Vulcan - and selected Aston Martin competition cars that pre-date the AMR era, it promises to be the best-looking (and sounding!) race of the Silverstone Classic weekend.

As official automotive partner of both Masters Historic Racing and the Silverstone Classic meeting itself, Aston Martin’s involvement in the race weekend extends well beyond Sunday’s Festival Series race. Another highlight of the weekend’s racing will be the Aston Martin Masters Endurance Legends races. Featuring a sensational array of LMP1 and LMP2 sports prototypes, including stunning Audi R8s, V12 diesel-engined Peugeots and the wailing Gulf-livered Lola-Aston Martin DBR1-2, Saturday evening’s AMMEL race starts at dusk and runs into the darkness for an evocative taste of endurance racing.

Further limelight will be stolen by a pair of specially prepared Aston Martin Vantage Safety Cars, which will be on-duty throughout the race weekend as part of Aston Martin’s official automotive partnership with Silverstone Classic. Leading every grid around the track at speed prior to a dramatic rolling start, the Safety Cars then remain poised for deployment by Race Control in the event of an on-track incident. In addition to the Vantage Safety Cars, a pair of Rapide AMRs will be serving as Course Cars, shuttling circuit officials around the circuit between races.

The full AMHR experience isn’t restricted to competitors, with truly exceptional hospitality available for all Aston Martin enthusiasts. At Silverstone the exclusive AMHR suite is situated in the spectacular ‘Wing’ building in the International paddock. Directly overlooking the pit lane and start-finish straight, this relaxed, comfortable space provides guests and Festival Series competitors with a sanctuary in the heart of the action. With fabulous food, drink and entertainment served throughout the day it’s the perfect way to enjoy one of the highlights of the historic racing season.